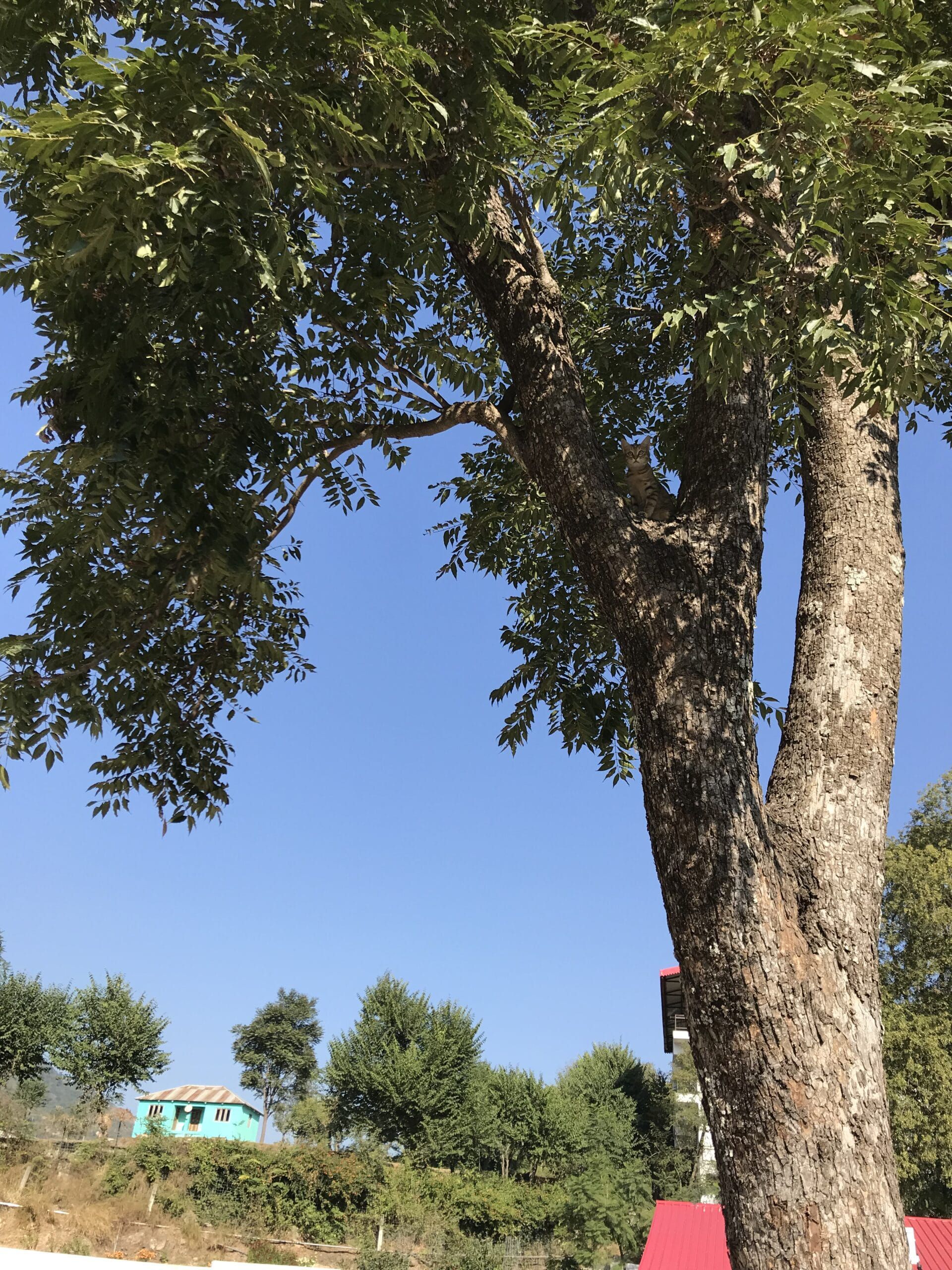 Waiting for My Second Audience with Om Swamiji

I have to make a choice between food and question.

“Tomorrow you will not be able to meet Swamiji as He already have meeting with 75 people.” An office staff told me when I asked for the next day appointment after the discourse.

“The day after tomorrow I will be leaving early so please give me tomorrow morning time with Swamiji.” I requested.

“Fine. I will adjust your meeting time with a person who is staying for a longer time in the ashram. Please reached sharp at 8:30 near meeting room.”

Next day, the calendar showed the date 2nd June, 2019 and the watch showed the time 5:45 a.m. I had just finished my prayers. I placed my charity bag on my left shoulder and walked out in search of a cow, a dog and some grain eating birds. I fed the cow. I placed the grains on a nearby rock. Nevertheless, I could not find a dog. I went downhill near Giri river, I went uphill until I reached a neighbor’s house, I looked behind the bushes, I searched below the parked cars and I hunt near the dining area. Surprisingly there was not a single dog!

At last, I saw a stray dog and fed it some biscuits. The watch showed 8:15 a.m. After I washed my hands, I went to the dining area. The queue was so long that my turn would not come before 9:30 a.m. What was my preference – breakfast or the question whose answer I wished to know?

Without wasting another minute on food, I moved towards the meeting room, thinking that I would have breakfast after the meeting, it would end up soon.

Every day I had my breakfast between 7 to 8 am, which did not consist of light food like poha, idli, upma etc. but full meal consist of roti, vegetables, dal, curd, salad and fruits. My hungry stomach was saying it was the food time, eat like a king! A tug of war started within my mind – what did I want- food or question? A part of my mind warned me if food were not taken on proper time, it would be converted into stomach ulcer, which I was prone to. Another part of my mind told me to relax, as a shot of steroids would resolve every useless problem. First shouted food was the most important thing in life. Second part calmly replied to eat the delicious food once you were back home but now focus on question whose answer could not be find on any internet page or in any book. Finally, my mind decided and commanded that you were here for the question only so focus on the question and not on food.

To my utmost surprise, the opening was made with group meetings and not with personal meetings. Five groups went in turn by turn. I waited and waited. Then personal meetings started. I was hoping that my turn would come first but I was the last to meet Him. It was around 11 a.m. when I was called in for the meeting. Until that time, I was empty stomach and whether I had taken one or two sips of water, I could not recall now.

Two years later, I came to know that it was a special initiation, which needed to be done empty stomach. I was in His leela shetra and it was His leela!

Once again, I am on a waiting mode, this time it is very long and very tough. It is tough because from the past three months I have not eaten chole bhature. 😉

Pic : It is not an owl but a cat on the tree near meeting room in ashram. 🙂