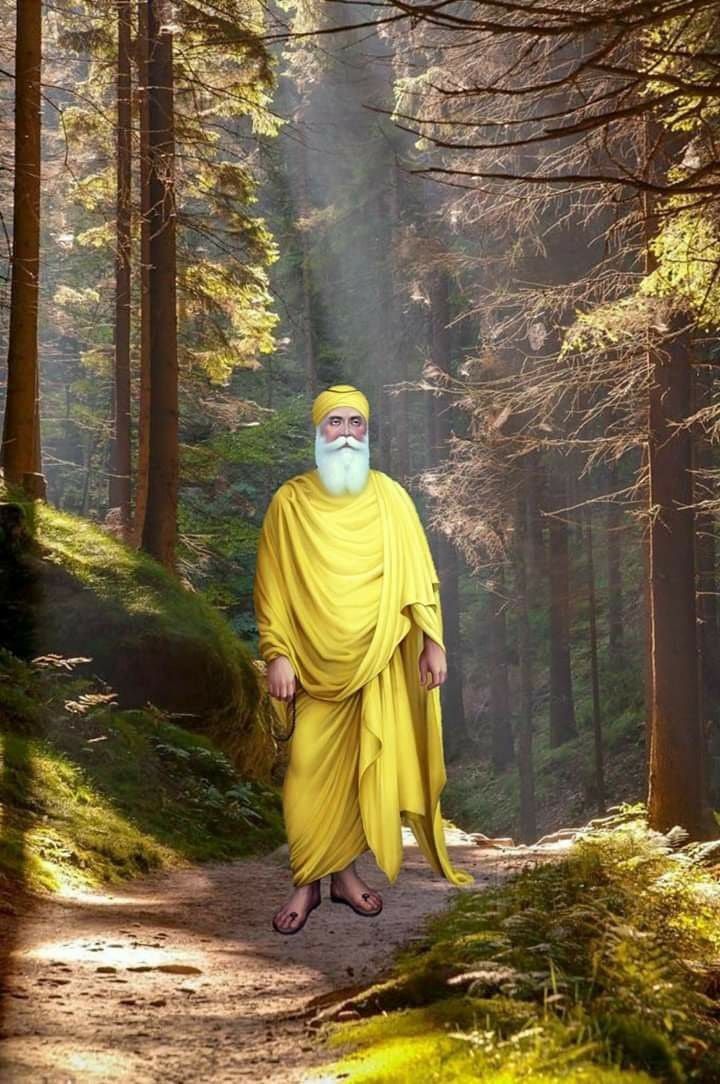 Walking with Nanak to Sangladeep

After that night , Sangladeep and particularly King Shivnabh never remained the same.

The great Guru Nanak has left for travels.

for the trade business while his Guru had gone to far off lands but still closest to his heart.

Mansukh the merchant explorer of Lahore thus left for his journey to Sangladeep while remembering his beloved Guru along the way and cherishing each moment he spent with him. Mansukh finally after month’s long journey reached the beautiful land of Sangladeep, surrounded by the vast Indian Ocean.

Sangladeep was ruled by the king Shivnabh, although the king was liberal about any religion by the people’s choice of his land but idol worship , keeping fasts and other rituals had become part of lives of those people.Every person on the land of Sangladeep, believed in his religion and followed it strictly.

But Mansukh was so engrossed in the fragrance of love that always surrounded him,that he had no time to perform the religious ceremonies.

They couldn’t tolerate the abstract love he was breathing in.One day,they nabbed him and took him to the king’s court. Mansukh without any resistance went on to king’s court with them.

King’s men said to the king: Yours excellency, this man is not walking in the path of religion, he has come from the distant land and he neither worshipped the stone idol nor kept the fast. Everyone is angry with his behaviour and wants you to punish him.

King (Towards Mansukh) : Is it true that you are not keeping up with the old traditions and religious acts of the land ?

Why have you gone your own way ?

Mansukh : Yours excellency,O King,the world is a tree.On it is the fruit of salvation.There are two ways to reach the fruit.One is the ant’s way , second is the bird’s way.The ant goes up slowly with great difficulty and still has chances to fall down while the bird just flies and reaches its destination easily.

King : I have not heard this mode of worship before.Can you explain it so that I can understand ?

Mansukh : Yoga practice, penances, visiting pilgrims centres,idol worship and keeping fasts constitute the ant’s way.O king, this is the way of suffering.Lot of hindrances can come on this way.But one who has found a True Guru, who has turned the mind towards  love of the Lord and imbibed the incessant remembrance of the Lord he is immersed in the love of the Lord.Such a mind is elevated and the soul is awakened.

O king, this is the bird’s way.Fortunate are those who are on this way.

As the bird flies in the open skies without any hindrance of the roads, similarly, the disciple on this path of love,in remembrance of the Lot, flutters in bliss.He is in exuberance and ecstacy.

For him,the ant’s way is nothing.

The idol worship and other rituals are all done in ego.This is the ant’s way and doesn’t give real peace of mind or ecstasy.

O King, ego is the veil between our self and the Lord.This ego goes only by going on the bird’s way.

King was a religious man and had studied various holy scriptures but he had never heard about the path of love that Mansukh was speaking of.He felt an instant peace growing in his heart.But being a very religious king of the religious land, he showed up cold face and didn’t let Mansukh know something that has started melting in his heart.Thus king speculated Mansukh and asked,

I want to know more about your path,the path of love you are talking about. What kind of path it is which waivers you from your religion?”

Mansukh not only answered the king but also conversed with him about the path that was not able to be put into the small vessel of words.

King and Mansukh had a long talk than expected.No one disturbed them.The peace dawned upon the court’s king.The setting sun covered the sky with crimson hues,the bird’s went to their homes and in no time stars and moon also came to witness the serenity that was for the first time has been evidence that land.The whole place was meditating upon the love,that they were unaware of .

Now there was only the sound of waves of ocean calling Mansukh and the tears of the King that were pleading Mansukh to stay a little longer and talk about love.

After that night , Sangladeep and particularly King Shivnabh never remained the same.