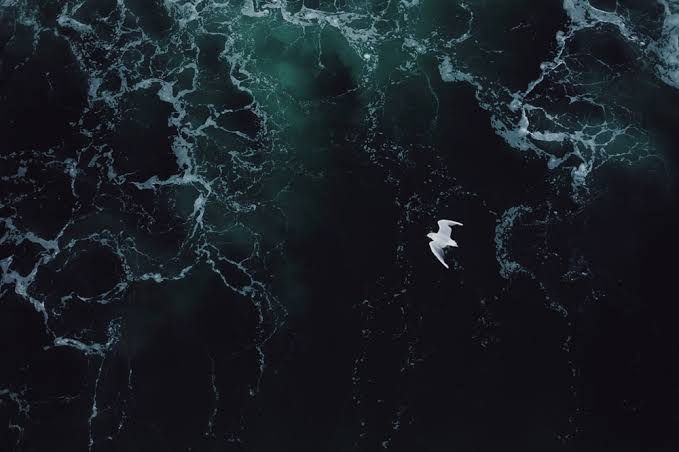 Wave and The Ocean

A silly analogy to grasp the Vedantic teachings.

Tiny wave – Jiva afraid with certainty that he will be finished once his journey ends at the beach.

Realised Tiny wave – Ordinary Jnani or Ordinary bhakta. With lot of Self-effort and will power, they realised the Self and attained the state of God realisation. They are the Jivanmukta’s (Free in this life itself).

*** From here onwards all the wave knows they are water and same not just in essence but in oneness, that is everything, complete non-duality or Integral Advaita also described by Thakur as Vijnana. They are the Avdhoota’s meaning one who is always established in the Self and is completely always Free (Swatantra).

Big Wave – They are the Iswara-kotis (One who ascents and descents as They wish), who descents for the sole purpose of Jiva-kalyan. When God descents as an Avatar then the other ancient Rishi’s, devotees also descents as the Iswara-kotis. They live an exemplary life to teach us how to lead a life of bhakti, jnana, nishkam-karma in order to attain God realisation.

Ocean – Ishwar/Shakti/Saguna Brahman/God/Turiya(Being-Witness)/ the Totality of Everything that exists which sometimes from time to time descents as Avatar or Tsunami wave to teach the tiny wave(both fearless and fearful) about the true nature and that the ocean is Real not temporary or impermanent. The Ocean is the highest manifestation in the vyavaharika or relative level of the water.

Water – Nirguna Brahm/Sat-Chit-Ananda/Turiyatita at this level there is no description nothing only silence. How can water further know or understand water? Can eye see itself? Only present experience no experienced, no experiencer no time, no space nothing. Complete Advaita.

. Some of my favourite quotes taken from The Gospel of Sri Ramakrishna by Swami Nikhilananda –

2.”The devotee of God (Thakur indicating himself) wants to eat sugar, not to become sugar which the jnani strive for.”

3.“Men often think they have understood Brahman fully. Once an ant went to a hill of sugar. One grain filled its stomach. Taking another grain in its mouth it started homeward. On its way it thought, ‘Next time I shall carry home the whole hill.’ That is the way shallow minds think. They don’t know that Brahman is beyond one’s words and thought. However great a man may be, how much can he know of Brahman? Sukadeva and sages like him may have been big ants; but even they could carry at the utmost eight or ten grains of sugar!”

4.“Once a salt doll went to measure the depth of the ocean. M It wanted to tell others how deep the water was. But this it could never do, for no sooner did it get into the water than it melted. Now who was there to report the ocean’s depth?”

5.“The Mother has kept me in the state of a bhakta, a vijnani. That is why I joke with Rakhal (Swami Brahmananda) and the others. Had I been in the condition of a jnani I couldn’t do that. In this state I realize that it is the Mother alone who has become everything. I see Her everywhere.”

6.”O Mother, I do not need to understand. Please give me love for Thy Lotus Feet.’ The aim of human life is to attain bhakti. As for other things, the Mother knows best. I have come to the garden to eat mangoes. What is the use of my calculating the number of trees, branches, and leaves? I only eat the mangoes; I don’t need to know the number of trees and leaves.”

My Child Plz Say Sitaram….
Challenges in Perfecting My Posture