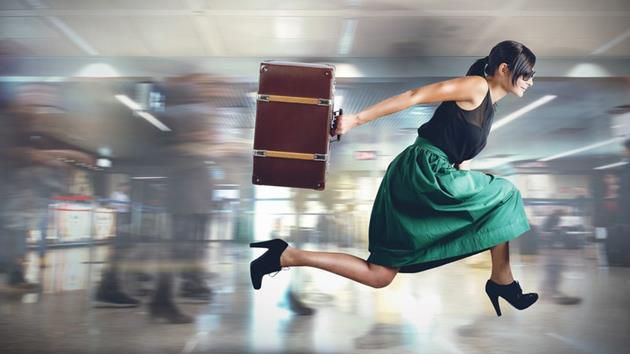 What Am I Trying to Escape?

Musings of a 20 year old escapist when in crisis

I am in 2nd year of my college. I didn’t even realise when life started to become so complex and daunting. I was doing fine up until now as I had nothing to worry about. My only worries were getting good grades while having enough time to read all the books that I wanted to and upgrading my painting skills! But now, I suddenly have to deal with the pressure of getting a job after I graduate, living upto people’s expectations of what I ought to be in life and all that boring stuff. So, I started thinking about my possible career options and none of them seemed worth it. At last, I found one thing that I possibly gave a damn about and yet to get that job a lot of boring toiling lies ahead of me. And that’s not even the scary part. The scary part is my uncanny ability of leaving things unfinished! I cannot even recall a single endeavor I had taken up, that I actually bothered to finish! And I have no one but myself to blame for it.

I am pretty good at painting. I started going to painting classes at the tender age of 6 or 7 and continued till I was 14 years old. In our painting school we were awarded with official degrees (after giving exams for it, of couse) from the cultural body of West Bengal govt. I left my drawing school when I had only 2 years left to get the highest degree offered there. That’s where it all began. My escapism. I was also a karate student and as usual, I left it when I had only 2 exams left to get my black belt. (I suddenly noticed while writing this, how number 2 is not the luckiest for me!) In my higher secondary school, I started preparing for NEET. It was going well, my parents and the teachers at my coaching institute believed I would crack the exam but after my boards, lockdown started and the exam kept getting postponed. Soon I was bored of studying the same stuff and dropped everything, just like that! Needless to say I didn’t crack it and gave my mother a panic attack after breaking her dream of me becoming a doctor. My father is really good at hiding his emotions but no matter how hard he tried, the disappointment was evident.

I never dropped anything mid way because I was bad at it. Now, that I think about it, I am probably too lazy. It’s like Swami’s 80-20 rule( 80% of the work requires 20% effort but the last 20% of work requires 80% of your efforts). Swami says that (or atleast what I gathered from his saying is that) the last bit of anything is hard and boring and yet to get to the interesting bit, one must go through it (which I never did).

I got into serious spirituality when I was 18. I’m always scared that either I’ll drop it one day or I’ll use it as a means for my escapism. I’m sure all of us on the spiritual path, at some point of time, have wanted to go to our guru’s ashram and spent the rest of our lives there but then again, I think it’s the escapist in me talking.

I’m so used to being ‘good’ at something that I never wanted to excel or worse fail at anything. It’s alright for me if others think I’m a failure. But if I work very hard, give something my all and then fail at it, I would be a failure in my own eyes, and that would probably shatter me. I think my desire to escape stems from my fear of being a failure! But life has now brought me into a phase where I must work hard to make my own life or be swept away by the flow of life. So, I guess I have to start working hard (easier said than done!) and leave the rest to my fate ’cause I don’t have a plan B or know what to do if I fail.

Thank you for reading my ramblings. I just needed to get this out of my system and I can’t thank os.me enough for allowing me to do that!

And if any of my juniors are reading this, here’s a message for you:

Do not leave stuff halfway. You should always see it through to the end, no matter how boring it is! Leaving things halfway through is a bad habit and it is a difficult habit to get over.(I know you’re probably thinking, you’re one to talk when you haven’t followed your own advice. But trust me, you don’t wanna go where I am right now, so you’ll do well to heed my words. If not as an advice then as a warning.)