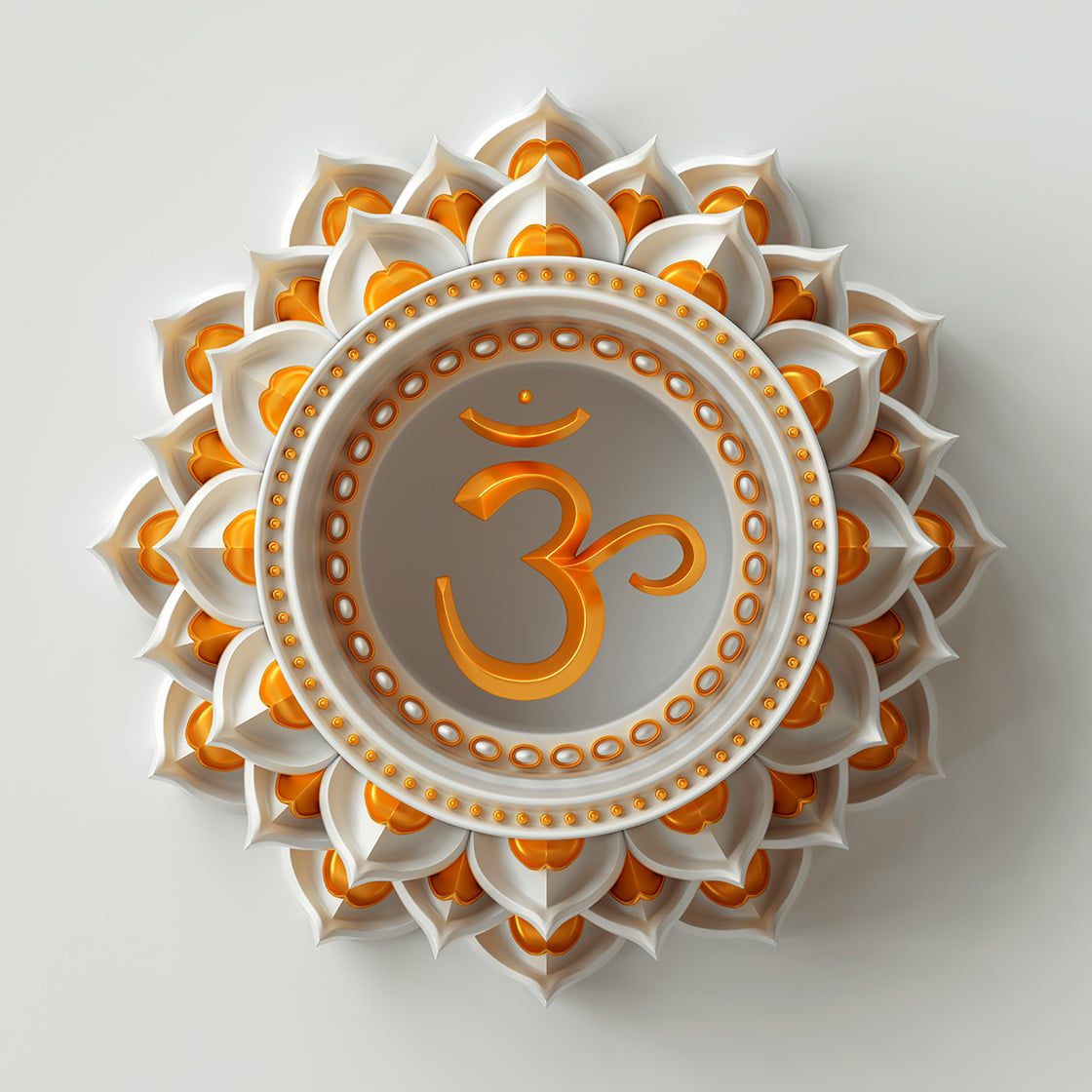 What is OM?, Why We Utter?, Importance

Om is Universe :Everything is Om

As soon as you sit for meditation, chant OM loudly 3 or 6 or 12 times. Again and again, sing the glory of OM. Apply your heart, mind and soul to the music of OM.

Perform all actions as an adoration of the sacred pranava. Live and move in OM. Make OM the centre of your dwelling place.

A consonant can be sounded with the aid of a vowel. Just as the body depends for its very existence on the soul or the Atman, so also the consonants depend for their very pronunciation on the vowels.

‘A’ and ‘U’ are the parents of all other vowels in Sanskrit. Sanskrit possesses a large number of vowels compared to any other language in the world. All the letters of the alphabets of all languages are contained in this mysterious, sacred monosyllable OM (AUM). Therefore, it is quite proper to regard OM as the symbol or name of Brahman.

Watch the breath. When you inhale, the sound so is produced; when you exhale the sound hum. You are naturally uttering soham along with every breath. The breath reminds you that you are in essence identical with the supreme Self.

In soham, ‘s’ and ‘h’ are consonants. If you delete the consonants ‘s’ and ‘h’, you get oam or om. Consonants have no indepence of their own. They depend on vowels for their existence. ‘S’ and ‘h’ represent the names and forms, of this universe which has only a dependent existence. OM only is the solid reality. OM is the soul of your breath.

There is what is called pancha-santi, five kinds of incantations, each ending with the word santi or peace. Before each santi there is the word OM. As such OM gives peace, calmness, tranquillity and serenity. This symbol brings the entire universe and all it contains in its span. It means something more, ‘a’ is the first letter of the alphabet and ‘m’ is the last syllable in Sanskrit. Thus ‘a’ and ‘m mean everything from A to Z.

It is the alpha and omega of everything. It represents everything from beginning to end and since there is the other part ‘u’, OM includes everything we can imagine and something more too. As such, it is a fit symbol to be meditated upon. No other symbol can span so much in its embrace.

Chanting of OM:
Chant OM from the very bottom of your heart with profound feeling. When chanting OM, knowing its omniscience, omnipotence and omnipresence, feel that OM gushes forth with its true colour, from every nerve, every vein, every cell, every atom, every molecule, every electron and the very corpuscle of your body. Pour forth OM vibrations into the world with mighty vigour, speed, force and strength. Get ready now for recharging. Now roar like a lion of Vedanta and chant OM.

Chant OM for five minutes rhythmically with bhava and understanding as soon as you sit for meditation. Learn its meaning. The sound should start from the navel and end at the crown of the head. The mysterious vibrations produced by the chanting of OM will produce one-pointedness of mind and harmony in the annamaya, pranamaya and mannomaya koshas (food sheath, vital sheath and mental sheath) and make the mind in tune with the Infinite.

Drive evil thoughts by chanting OM. Draw inspiration, power and strength by singing OM. Get one-pointedness of mind by doing japa of OM. Melt the mind in Brahman by meditating on OM and rest in your own satchid-ananda svarupa. May that OM guide you, protect you, elevate you, take you to the goal and free you from the round of births and deaths.

Whenever you feel depressed, whenever you get a little headache, take a brisk walk ad chant OM while walking. While chanting OM, feel that your entire being is filled with divine energy. Chanting of OM is a potent, easily available tonic and specific for all diseases. OM is a panacea or sovereign remedy for all ailments. Try this prescription yourself and feel the miraculous effects of this divine medicine. Just as you take medicine twice or thrice, take recourse of chanting of OM twice or thrice.

Chanting of OM means going near the source and tapping the cosmic energy that is inexhaustible. When you chant OM, feel ‘All health I am’. All pathogenic or disease causing germs are destroyed or burnt by the vibrations of OM. You chant OM while sitting on any comfortable asana in your room for the purpose of regaining, maintaining or improving your health.

OM with Pranayama:
You can associate OM with the breath during the practice of pranayama. Mentally repeat ‘O’ during inhalation and ‘M’ during exhalation. This will increase the efficacy of pranayama. This is sagarbha pranayama. You can keep OM for constant japa also. Watch the breath and repeat ‘O’ during inspiration and ‘M’ during expiration. You can do this practice while walking also. Put sufficient force into the thoughts of OM.

Feel that OM is coming from your soul, this will raise your consciousness to a very high plane. You will become one with the soul, the Atman.

Practise this again and again in the above order. Begin with two or three times and gradually increase the number to 20 to 30 times according to your capacity and strength. To begin with, keep the ration 1:4:2. Gradually increase the ratio t0 16:64:32. The practitioner will get great peace of mind and inner strength.

Tratak on OM:
Beginners in the path of jnana yoga should do tratak (gazing) on OM with open eyes in the beginning for about three months. Then they should visualize OM with closed eyes.

Visualisation of OM is the calling up of a clear mental image of OM by closing the eyes. They should repeat OM mentally with feeling and meaning and make the ears hear the sound also so that they may not run outside to hear other sounds.

Have the picture of OM in front of you in your meditation room. Concentrate on this picture. Do tratak also with open eyes. Steady gazing without winking make tears flow profusely. Associate the ideas of infinity, eternity, immortality etc. when you think of OM.

This is meditation with and without attributes. Keep a picture of OM always before your mind and do worship. But=rn incense, camphor. Offer flowers. This is a combined method of bhakti and jnana.

Sweet OM
Om is the word of power,
Om is the sacred monosyllable,
Om is the highest Mantra,
Om is the symbol of Brahman,
Om is Soham,
Om is Om Tat Sat,
Om is the source of everything,
Om is the womb of the Vedas,
Om is the basis of all languages,
In Om merge all Trinities,
From Om proceed all sounds,
In Om exists all objects.
O Sweet Om! Potent Pranava!
The life of my life,
The boat to cross this Samsara,
Harbinger of Eternal Bliss,
My redeemer and Saviour!
Guide me and take me
To Brahman, the hidden sage!

Authenticated Prayer
Mind is Thief, Who Has Lot of Patience: How to Protect the Mind