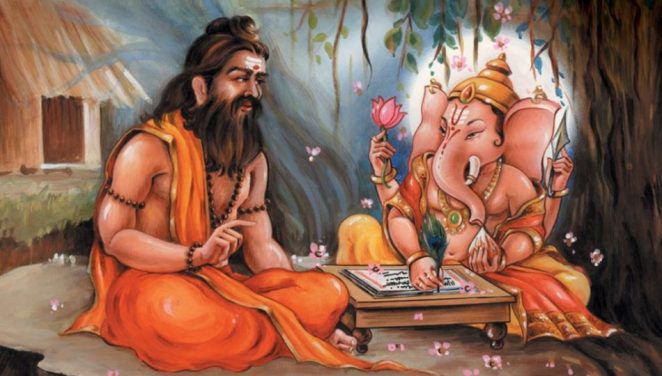 What was Ganesha’s Role in the Mahabharata?

Ganesh Chaturthi is a  festival that is celebrated with a lot of passion in states like Maharashtra, India. People bring an idol of Ganesh or Ganpati and worship Him for a specific number of days before immersing Him. In other words, they do his Visarjan.

Ganeshotsav [the festival of Lord Ganesha] has not been the same, for the last few years, because of the COVID-19 pandemic that is still active in India, unfortunately.

Stories of Ganesha are known far and wide in India. The most famous being how his head was chopped off by his father, Lord Shiva, due to some confusion and how he gets it replaced with the head of an elephant. There is also an incident when Ganesha goes around his parents Lord Shiva and Goddess Parvati when he is asked to take a round of the world, thereby indicating that his mother-father duo is his world.

Ganesha or Ganpati is worshipped before starting any new or auspicious or important event. Therefore, starting any event is often referred to as doing ‘Shree Ganesh’ of an event in India.

It is also important to know that Ganesha also had a role to play in Mahabharata. No, he wasn’t directly associated with the epic. As in, he wasn’t one of the characters present in the Mahabharata.

Sage Ved Vyasa is credited as the writer of Mahabharata. The story is surely narrated by him but it was written by Ganesha. In other words, he transcribed after Vyasa asked him to do so.

There is also an incident when Ganesha’s feather pen breaks as he was passionately jotting down the verses. In order to keep the momentum going, he breaks one of his two tusks and uses it as his pen. This is the reason why Ganesha’s face only has one tusk.