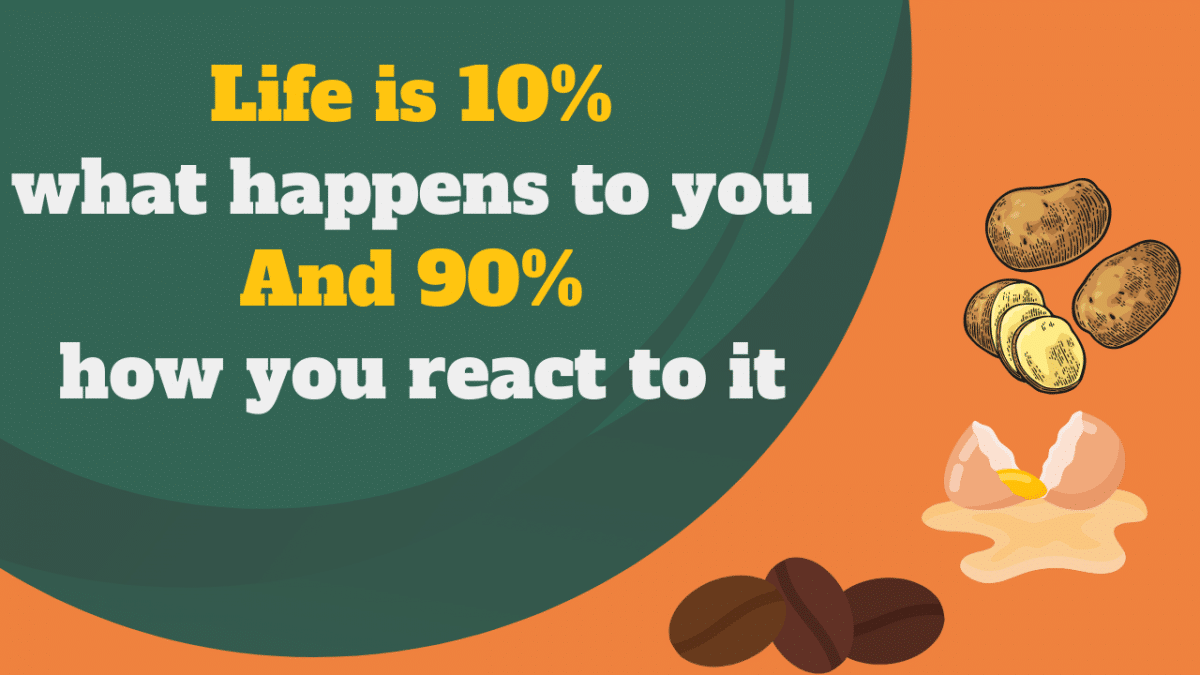 What We Can Learn About Life from a Potato, an Egg, and a Coffee?

which one are you?

Many times, in life we face adversities. I want to quote Charles R Swindoll. “Life is 10% what happens to you and 90% how you react to it”. Most of the time we just react without being aware. Actually, our reaction would be a game changer (positive or in a negative way). Today I’m going to tell you a small story( You can watch it here).

There was once a young girl who was going through a lot of challenges in life. She always felt like each time she solves one problem, then she quickly faced another and his made her so miserable that she complained to her dad.
Her father, a chef, wanted to give her a practical example so he took her to the kitchen. He filled three pots with water and placed each on fire. Once the three pots began to boil, he placed potatoes, eggs and ground coffee on the separate pots.
He then let them sit and boil, without saying a word to his daughter. The girl was getting impatient but  waited, wondering what he was doing.

After twenty minutes he turned off the burners. He took the potatoes and eggs and placed them in a bowl. He also ladled out the coffee and placed it on a cup.
He finally turned to her and asked ‘what do you see?’
‘Potatoes, eggs, and coffee,’ she hastily replied.

‘Look closer,’ he said, ‘and touch the potatoes.’ She did and noted that they were soft. He then asked her to take an egg and break it and remove the shell; She observed the boiled egg. Finally, he asked her to sip the coffee. Its rich aroma brought a smile to her face.
‘Dad, what does this mean?’ she asked.

He then explained that the potatoes, the eggs and coffee beans had each faced the same adversity– the boiling water.
However, each one reacted differently.
The potato went in strong, hard, and unrelenting, but in boiling water, it became soft and weak.
The egg was fragile, with the thin outer shell protecting its liquid interior until it was put in the boiling water. Then the inside of the egg became hard.
However, the ground coffee beans were unique. After they were exposed to the boiling water, they changed the water and created something new.
‘Which are you,’ he asked his daughter. ‘When adversity knocks on your door, how do you respond? Are you a potato, an egg, or a coffee bean?’

So, what do you think? which one are you?

3 Simple DIY Meditation Techniques
What is More Important Than Success?