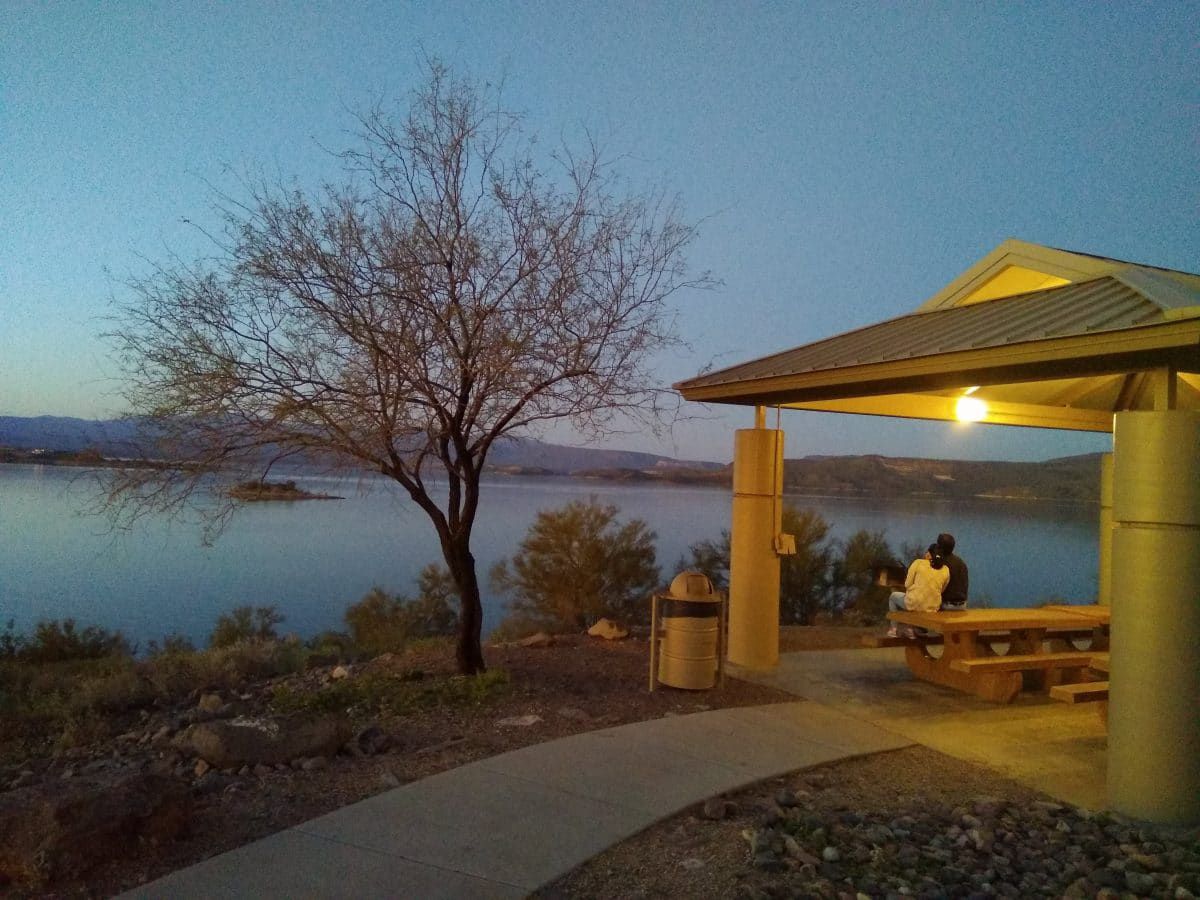 When I Decided to Retire at 30…

In the fourth grade, I had moved to a new school when I saw computers for the first time. Within few months, I was so enchanted that I made it my aim to become a computer engineer.

By 2010, I had joined an MNC as a software engineer. I was highly elated that I could achieve my goal instead of succumbing to the pressure of my parents.

(“Be a doctor or an IAS officer, engineers roam the street like ants and bees, there’s neither much money nor prestige there”. Till today, I am unable to understand this obsession with medicine and IAS. While I was stubborn enough not to flinch, my brother gave in to their demands and pursued medical. The result —  a doctor who is much more passionate about the nitty-gritty of stuff like ACs and cars rather than ailing humans. Anyways… Sorry for the digression. )

As the excitement of my first job and income died down, within a few months, I realised that writing codes for an organisation are nowhere close to a fulfilling experience for me. No dopamine was secreted while creating databases unlike the highs that came previously just by dreaming about the job, rather all I got, in reality, was headaches from the long hours of staring at the computer screen.

I did not feel like I was making a meaningful contribution. Hence, I decided that after 10 years of working, I would quit my job and engage in something to make a direct, positive impact at the human level.

However, as I was sucked into the whirlpool of life, the growing material demands started churning me. The thought of retiring early was pushed to rock bottom…Until one night in 2014 when the idea struck again. This time to my husband and we, along with our best friend instantly started making plans and working towards it (Curious to know more? Must read this).

The universe was on our side, showering unfathomable Grace and opportunities to realise our dream. We started accumulating in the form of bank balance and investments. Of course, it appeared feasible only because we didn’t expend on houses, cars and other unnecessary assets that are of little use other than declaring one’s status to society.

But we did spend a good deal on creating splendid memories by travelling extensively across Europe and the US. In short, we were pretty clear about what we wanted and what we didn’t for leading a contented life.

Our plan was very sorted. But our family members weren’t. The mountain of their expectations and desires was beyond reason. In order to fulfil them, we would have to take birth after birth in an infinite loop because there can be no end to human desires or expectations. This one truth, we knew well from firsthand experience and no amount of emotional blackmailing could trap us.

So, in an attempt to make them understand why we couldn’t fulfil their little demands like another house, a car or a necklace, we made an official announcement at home regarding my upcoming retirement in 2 to 3 years. But it all went in vain. They deliberately turned a deaf ear and new demands kept coming at their usual frequency as if I was going to earn and splurge forever. We did as best as we could to support them financially in their endeavours, but beyond a certain point, we had to take a firm stand and say, ‘No’.

That was when the tough battle began.

Tons of advice, warnings and even threats were heaped on us under which we could have easily built a grave. And along with it ensued all the melodrama that Indian families excel in through observational learning from mind-numbing soap operas. Alternating spells of tears and parental advice in a loop, accompanied by powerful dialogues like:

‘You must listen to us. We are your parents and have seen much more of this world than you. If you don’t change your decision, you will suffer badly and regret it later but the damage would be irreparable…

‘What will everyone say when they come to know that both of you are not working? What about our dignity in society? ‘

‘You have lost all sanity and gone crazy. No kids, no job, why are you hellbent upon wasting your life? ‘

‘ If you quit your job and sit at home, your brain will be completely damaged ‘.
(This is the funniest and my personal favourite because just by recollecting it, I can laugh anytime 😁).

‘You have set out to completely ruin your life. How are you going to sustain yourself? Money will be a problem for sure. Who will help you then? Your in-laws? I am never going to provide for you. DO NOT RESIGN WITHOUT ASKING ME. ‘
(A stern warning from my father who has hardly spoken to me 8 times over the past 8 years, all because I fell in love with a wonderful person and remained stubborn about marrying him).

And finally the great Brahmastra, Bhagavad Gita twisted to suit themselves. Lord Krishna has said that karma is the foremost duty of humans and by discontinuing the process of earning money, I would be foregoing my karma and committing a great sin.

(Additional fun fact: Once my father-in-law stated that we are not being ideal bahus (daughter-in-law). On being requested to elaborate upon the responsibilities of an ideal bahu, he said, ‘I am not going to give you the details, read Gita word by word. Everything is mentioned there about your duties towards everyone’. I wondered if the writings of Gita appear differently to different people, some supernatural power always at work to alter the words depending upon who the reader is.😉 Although my funny bones were severely tickled, somehow I managed to keep my laugh under wraps. Otherwise, the code of conduct for a bahu would have been grossly violated 😛).

In summary, that was all about the opinion of the elder generation.

A handful of very close friends and siblings with whom I had shared about my early retirement plan were quite perplexed at the idea. No matter what I said, they either kept on asking ‘But why do you want to quit? How will you manage your expenses? You are good at work, living a comfortable life, why don’t you just carry on? ‘

Questions, questions and more questions that could never be satiated with answers.

Despite all the opposition, I didn’t budge. Because the inner voice that propelled me was loud enough to drown all these external noises trying to create fear and insecurity.

I could never have peaceful sleep with the notion of spending another 30 years of my life running after money and hoarding way above my needs. Luckily, our lifestyle has always remained very simple and basic, so we didn’t have to strive much to cut corners. Whatever we have feels enough to sustain us for a good couple of years. Neither too much, nor too little. Just enough.

Still, if things don’t go as planned and our resources get exhausted sooner, I have enough confidence in my capabilities to earn again. If I am open to all possibilities, why would the universe close its gates for me?

So, we stopped uttering anything about the Q-word until I quit in 2019 and made an official announcement that it’s done now. 🙂

Although we had been trying to prepare our families for this calamity, they were living in denial. So, when the reality hit, we had to encounter their bouts of anger and resentment once again. Finally, with the passage of time, they had to accept our craziness.😁

When I spoke with relatives who had been apprised of the unconventional developments, they showed great concern ‘We are very upset to hear this. Why did you leave your job?’ Which made absolutely no sense because how can someone who hasn’t met/spoken with me for years and has no idea about my whereabouts be so concerned about me being or not being on a payroll. But then, that’s the beauty of India, isn’t it? A community of such close-knit people that it can be suffocating.

On the brighter side, there were many friends and colleagues who applauded my determination to stick to the decision despite all odds and the courage to call it quits. Few went into a serious, thoughtful mode and started rethinking about their priorities, what they really wanted in life and making plans.

So, how do I feel now almost 2 years after retirement? Honestly, the immense freedom and time I have gained are much more valuable than any figure of wealth you mention.

Of course, there’s a negative side to it as well. When there are no externally imposed timelines or vigilance, laziness and procrastination creep in like snakes — silent and vicious. And there have been many such days when I have fallen prey to these devils. Only to realise later that this is exactly what I cannot afford to be. Chuck complacency out of the window!

So, right now I am trying my best to be disciplined and extremely mindful about how and where I spend my time and energy (and money of course). Thirty years of this human’s life have been spent running the rat race without actually knowing what matters in the long run and is worth pursuing. Now that I have some idea (all thanks to the kindness of our beloved Swamiji, immense gratitude at His Lotus Feet🙏), it’s high time to focus, engage and get started with the real work. All in joy and remembrance of our sweet Lord. 🙂

(People will keep saying one thing or the other, it’s their job to speak. You listen to your heart and decide your own path such that the journey of life can be beautiful!)

135 comments on this post. Please login to view member comments and participate in the discussion.