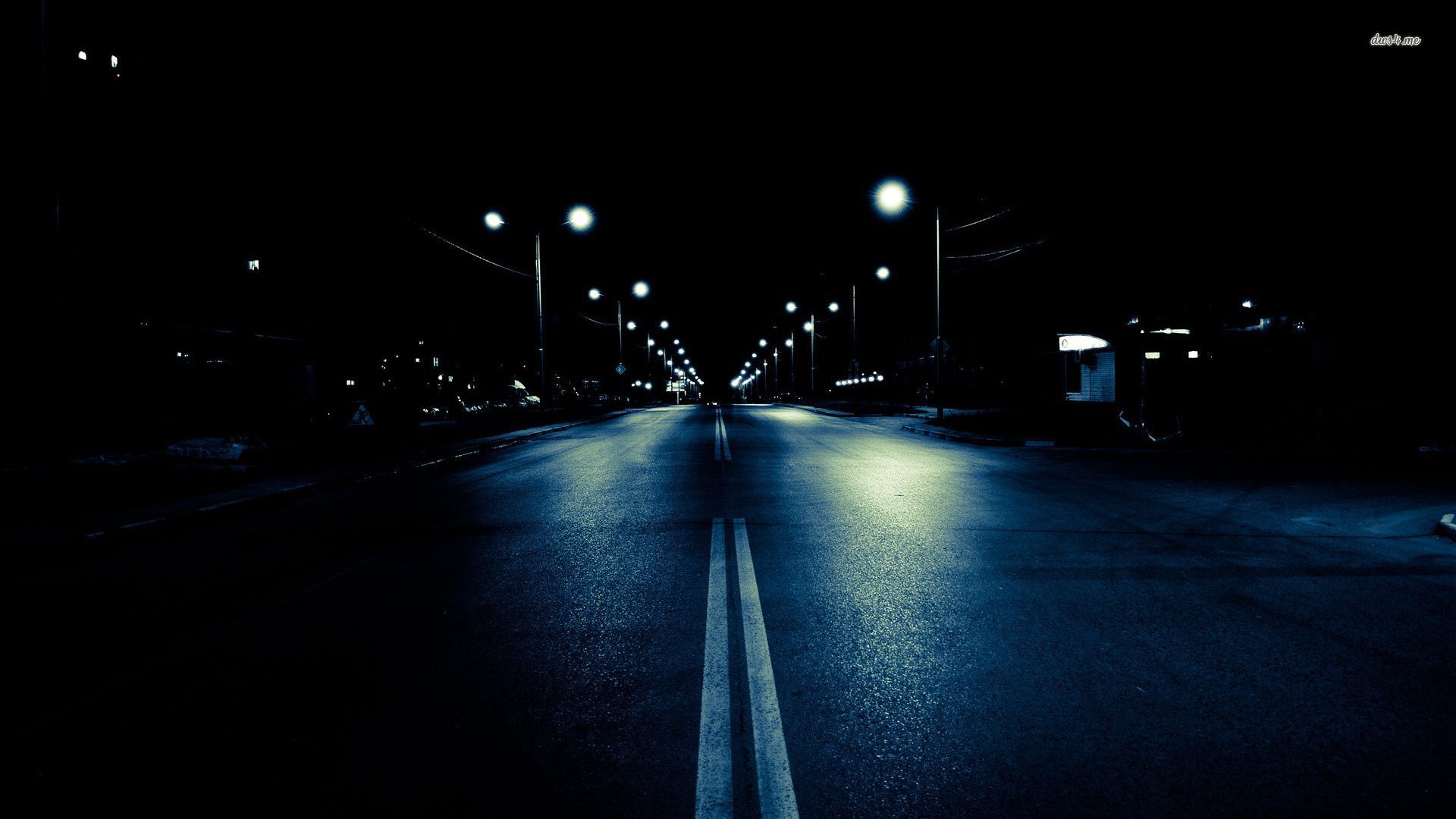 A blessing / Divine in disguise

My arrangements for the stay was made with my uncle’s family who stayed in the small town 30kms away from the city, where my college was located.

My uncle with his family, stayed in a rented house. However, the house was spacious enough, typical village style traditional building and a perennial river was just few mins away from home. I just loved the place as it was my first experience having been in such a beautiful place, since coming from a metropolitan city never was introduced to staying so close to the nature…

Couple of months in to my first year of college we stayed at the same place. Towards the end of my first year, my uncle had decided to begin the construction of his new house in the plot that he had purchased long time ago, which was lil away from the centre of the town where we stayed.

So we had to move to a closer location of the plot to overlook the construction. My uncle had to settle for a smaller home to manage the expenses for the new home construction and also the new rented house was now just 50mtrs away from the plot.

The area that we moved to, was suppose to be on the outskirts of the town and a lil away from the main bus stop.

This happened just the next day of we moving in to our new rented house… The area was new to me and I wasn’t familiar with the surrounding as it was just a day,since we had moved in. The only landmark that I remembered to find my home, was a road passing adjacent a big concrete wall and a small bush on the side of the kaccha road, behind which stood our new rented home.

As usual I had to take the morning 7am bus to the city. My college would start by 9am but since we stayed 30kms away from the city, I had to change two routes before I reached my college. So the entire journey would take me two hours in the morning and two hours or more in the evening. I was however used to travel and it wasn’t difficult to commute.

That particular day, I was somehow late from the college. I now don’t exactly remember what held me back, but by the time I got down of the bus, it was 9.30pm at night!!!! I never reached home so late. I was always home by 7pm or so.

Since I was new to the area, I now had tough time locating my new home. During the day light time, when I walked to the bus stop from home, I remembered that I had to walk uptil the end of a tall concrete wall on one side of the road, and a kaccha road passed adjacent the end of the wall. The same would pass through my now new home.

Since this was just a small town, people would refrain from stepping out of the house as early as 8:30pm!!! . Here I was, who was born and brought up in the city that would be buzzing with people even at 11pm!!😯

The entire stretch of walking on the road alone, was lil scary for me… No vehicle passed by.. No signs of humans anywhere close by. The street lights were lit dim lighting up just one side of the street, leaving the other side in dark.

Back then, I wasn’t that staunch believer in God. I never even remembered greeting him everyday. It was always mom, who had to remind me everyday to pray before I left to school. So I ended up greeting him only when reminded, and it became my routine..

That very day, while I was walking back home all alone, I still didnt make an attempt to remember him. I was rather concerned about finding landmarks in the dark to help me reach home… Thinking about the same, I was walking as fast as my legs could carry me and I kept turning back every min just to be sure of my safety. I kept walking in the dark and was telling myself to keep a watch on the road where I had take the turn. Somehow, that day no matter how fast I walked, the road looked never ending!! Worse, I couldn’t find that kaccha road adjacent the wall, where I was suppose to take a turn!!😟

Now, I felt that my heart nearly skipped a beat thinking if I’ve walked past the road that I was looking for, or was it that I couldn’t figure out the location🤔

This got me running on my toes instead of walking, because now I was in middle of nowhere. Although I had my phone, whom do I call😥. I was new to the area and I knew nobody in the town except my uncle!! Although my uncle had a landline at home, it wasn’t working at the moment, since we had recently moved to new residence and we were waiting for the new connection that would take a week, we were told.

Finding no way out, I just kept walking and at times running. It was then, an autorickshaw alighted by, right next to me out of nowhere!!!!😳

Surprisingly I wasn’t shocked! I really do not know why🤔. The rickshaw was carrying an elderly couple. I quickly recognised the elderly man, who was a doctor and staying in the same town, but away from my home. My uncle had very recently taken me to this elderly doctor’s home for some reason, during which he had introduced me to him and that was just a brief moment of our meeting. However, now the elderly man didn’t recall my face and I wasn’t concerned either.. But as soon as the rickshaw stood next to me all that I remember was, the rickshaw driver asked me to get in to the auto quickly. It all happened in just blink of an eye!! I neither questioned him, considering it was safe to travel with the elderly couple.

Soon, the rickshaw reached the elderly couple’s home and they stepped down. It was then my turn to be dropped home. It was then the rickshaw fellow, asked me where I was suppose to be getting down. I told him that I was new to the area and it was just a day since we had relocated. I told him that I just remembered the name of the area and no other details.. and of course that silly landmark of finding the bush😀 to find my home!!🙏

He thought for a moment, then took me around the area that I had mentioned and not finding my home anywhere in lanes that he took me to, I was for a moment taken back thinking if I remembered the name of the area, correctly?!😢

I was now really tensed, since I was alone in the rickshaw and its late in the night now and still no signs of the landmark. I again told him that my home was located next to the kaccha road on the outskirts of the area. He then looked like he understood where I was supposed to be dropped. As soon as I found myself on the kaccha road, I was now jumping with joy that I was finally close to home.. In few mins time I was near the small bush and there, I found my home! I asked him to drop me off right there.

He asked me twice to be sure that I found my home. I assured him that it was indeed my home, and I thanked him profusely for being so kind in helping me find my home at such late hour.

As I was getting down, I asked him about the fare I was supposed to pay.. He upfront refused taking any money from me… I wasn’t happy with this. I insisted that he takes it or atleast the minimum fare and tried offering it to him, but he again refused.

I found no other way to convince him, and I stepped down. He waited until I got in to my home!! I then quickly thanked him again in my mind, for the fact that finding such humble souls these days, was a rare scenario…

As soon as I stepped in, I found my uncle eagerly waiting for me, clueless and worried since he knew I wasn’t familiar with the new area.

Before going to bed that night, I told myself that I shall try finding him next morning and thank him again.

Next morning as usual I left to the bus stop to take the 7am bus. All the way I was looking around in the bus stop, on the way and near rickshaw stand to see if I could find him. But, I couldn’t find him anywhere. Day after day, I kept looking for him, but never found him, ever again!!😳

I shared about this incident with mom, when I was back home in Bangalore. She said, without any doubt he was none other than God himself!! Was he??…🤔

Possibly, lets say he was just kind hearted human being who helped me, when I was in need and that may be I didn’t pay much attention to his facial features then, hence failed to recognise him again anywhere.

But again a question that still makes me think about the incident is,

I was walking alone on the road, it was literally pin drop silence that prevailed. So any vehicle that would pass by, no matter how far, one could still here the sound. But here the autorickshaw, stood before me out of nowhere, which I could not find before although I kept looking back. Secondly, there was no vehicular sound either!!!🤔

He was there right at the moment that I needed help. At the right place, at the right time! Above all, the help came to me unasked!!😇

Whatever is the truth, ultimately I realised that THE DIVINE can never fail you. Regardless of you remember him or not, he is always there when you need him, even when you’ve not asked for it!!😇

This was just one of those incidents that I have experienced the presence of Divine in my life.. I would share about many such incidents in the coming posts.


Login with Email
No Account? Create One
On Other Days
A Hawk and Sparrow!