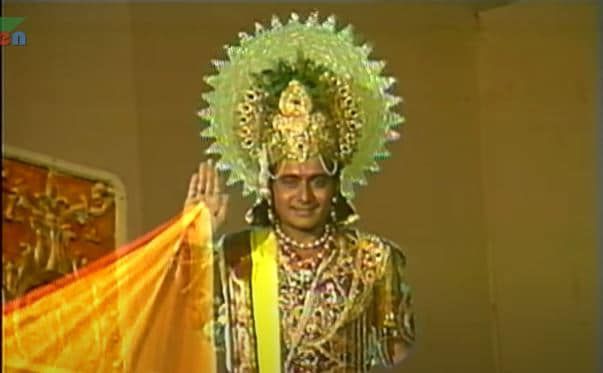 Why did Krishna Save Draupadi from Vastraharan?

If we perform good karma, God will come to your rescue in any given situation

One of the most important incidents in the Mahabharata is Draupadi’s vastraharan (stripping) attempt and how she is saved by Lord Krishna. There is much more to this incident if one digs deeper. There is a reason why Krishna came to Draupadi’s rescue.

During the infamous dice game with Duryodhan and his uncle Shakuni, Yudhishthir loses everything – his wealth, kingdom and his four brothers – Bheem, Arjun, Nakul and Sahadeva. When he has nothing to play with, he puts his and his brother’s common wife Draupadi into gamble.

Yudhisthir loses her too. So, the evil Duryodhan asks his equally evil brother Dushashan to drag Draupadi in court and strip her in front of others. Dushasan succeeds in dragging her to the court. This is when Draupadi starts praying to Krishna to save her. Krishna, through his powers, ensured that the length of her garment doesn’t end and Dushasan doesn’t succeed in stripping her.

Finally, an exhausted Dushashan gives up and Draupadi is saved.

Now, there is a reason why Krishna saved Draupadi in this way. Some time back, during Yudhishtir’s Rajsuya Yagya [inauguration of his capital Indraprastha], Krishna was one of the guests. Yudhistir decided to honour him first at the event by washing his feet, as per the customs.

This angers Duryodhana, his fellow Kauravas and others. They feel they are higher in the ranks and they should be honoured first. The most vocal among them was Krishna’s cousin Shishupal.

There’s an interesting backstory about Krishna and Shishupal. When Shishupal was born, his body was in a deformed shape and he had four hands. It was said during his birth that the person whose touch would turn him into a normal person would also kill him later. Once when Krishna, as a child, had visited her aunt, he took Shishupal in his arms.

As soon as Krishna touched him, Shisupal became normal. His mother gets delighted but at the same time horrified to know that Krishna would kill him in the future. Krishna calmly tells her aunt that he will forgive Shishupal’s first 100 sins.

Now, Shishupal stood in front of Krishna while continuously insulting him. As per his promis, Krishna decides to tolerate 100 insults from him. At the 101st insult, he would chop off Shisupal’s head with his famous Sudarshan Chakra. When Shishupal reaches 100 insults, Krishna warns him that he will get killed if he insults him again. Shisupal pays no heed and Krishna is forced to chop off his head.

The use of Sudarshan Chakra also has a negatie effect on Krishna. It gives a cut on his index finger. As blood started oozing out, his friend Draupadi tore off a piece of her cloth and tied it on Krishna’s injured finger. Moved by her caring gesture, Krishna vows to repay the threads that she tied on his finger.

Hence, when Draupadi prays to Krishna when Dushasan is trying to strip her, Krishna arrives and saves her, thereby staying true to his word.

This incident indirectly highlights the importance of Karma. If we perform good Karma, God will come to your rescue in any given situation.