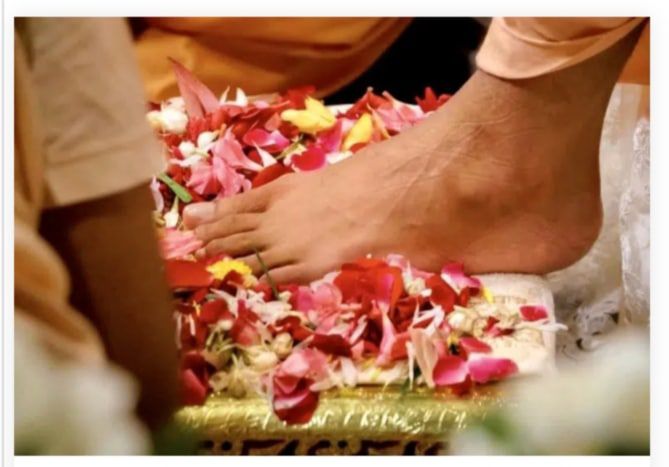 And a mystery unsolved

Childhood Sundays were fun. We enjoyed at the beautiful sandy beaches in the evenings, the ladies of the house presented their special culinary skills at lunch, and we got to watch television for most of the time. I would spend all of my free time relishing even the most boring serial with great pleasure. There was nothing on the TV that felt tedious to watch expect the classical music that they played the whole day when some famous personality died.

While everyone would savour their Sunday afternoon nap, I would ever be keen to watch the regional language movies on Doordarshan; the only channel available at that time. Every week it was a different film telecasted like Kannada, Bengali, Tamil, Malayalam and so on… those of whose words I never understood. But even if the languages were all unknown to me, the tiny subtitles in English helped in making sense of what I was watching.

As always on one lazy Sunday afternoon, I was in a very excited mood to watch the film. It was pretty hot that day and the afternoon shimmering sunlight entered through the window. A Punjabi movie was playing on the screen. A rather dull movie to spend your Sunday with; but as I mentioned earlier, I could handle any boring stuff on the TV for any amount of time, so it was not at all an ordeal to me. The movie was dragging and my eyes were glued to the screen.

Just then there was a short scene where the lead actors in their traditional wear were running around in some golden feathery fields. That scene just captured my attention.  I was captivated by blissful waves coming from the screen and soaking me up in them. I felt myself freeze in that moment of time. I thought I knew that place. It appeared so familiar as if I had existed over there. I wished to get absorbed in the TV screen and reach there at that very moment. I had not experienced anything like that before; at least I was not expecting it from a boring film. The tranquil feeling of the movie scene remained with me forever. And from here a tiny wish grew in my heart; a wish to visit Punjab.

But I had no means that would enlighten me on this place. It was just the geography textbook that provided some information. Besides, nobody in the family enjoyed traveling except one uncle, and the only places which my family and relatives visited were Mumbai for family functions and Bangalore for honeymoon. So I just relied on my teachers and a few books from the school library.

At school, I was hardly attentive in the social science classes. But certain topics in geography felt interesting. I further noticed that whenever the teacher uttered the words ‘in the hilly regions of Assam’; it felt like nectar pouring in my ears. These words made me feel serene. I craved to learn more about Assam, but I guess tourism was not as popular in Assam at that time as it is now. But still, gradually Assam too got added to my list.

Whenever someone would ask me which places would I love to visit, my instant answer would be Punjab-Assam. While my friends mentioned names like Shimla, Manali and Kashmir, I was stuck with these two.

When I entered college, I realized that the more stylish the students, the classier would be their dream travel destination. And I sort of felt silly and shy to talk about my travel interest. As I did not know why exactly I wished to go to only these two places, and there were none other that I desired to visit.

When I got married, I told my husband who is a travel enthusiast about my plans of visiting my favourite places( favourite without knowing the reason), and before he could ask me something I said, “Please don’t ask me why. I really don’t know.” ( कित्याक विचार नाका, म्हाका खबर ना )’

Then one day I came across Gurudev’s YouTube videos. As a new year resolution, I had decided to put in thirty minutes watching spiritual videos on YouTube. It was an amazing experience hearing so many good things from so many gurus on the channels. But I could connect with none. And finally, it was Gurudev’s third video that my heart bonded with him. As I listened more and more to him, the more I craved to know about him. And one day, ‘If truth be told’ landed in my hands followed by his other books. And finally, it came to me as a surprise and as a blessed moment when I understood Gurudev belonged to the same place, which I had always fantasized about as a child. It was the place where my guru stayed.

And today, when I look at some past events of my life, some of which were very weird and strange and which did not have any significance to it at that time and now when each story is unfolding and offering me its true meaning, I am always taken aback. On some events, I sometimes marvel, did all this really happen?  Or was it just a vivid dream? Sometimes, I like to reminisce in those puzzling moments of my life seeking for answers.

So, do I have the same urge for Punjab now? To be extremely truthful, my answer is no. Because it was never the place which was calling out to me but it was Gurudev’s presence over there to which I was drawn. When nature presented me with the truth, the yearning for the place departed; but not the love, love is still intact for that region.

And what about Assam? The mystery is yet to be solved.