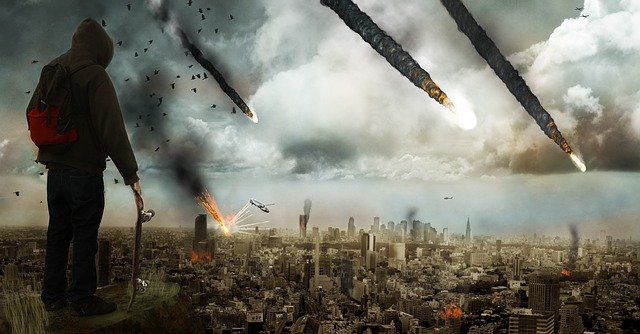 Malay was determined to find out.  War held an inexplicable fascination for him. His stride into the youth made him relentlessly scout for ‘a war experience’.

He had heard many tales about how race of humans excelled at going to wars.  He knew that this race lived on a distant planet called Earth.

Although, Zions lived more than 12 billion kilometers away from Earth, they could travel the distance in seconds and materialize themselves on Earth by exploiting the power of their monumental will.  Yet, no Zion had ever done it. The Zions were spiritually awakened beings who lived in complete harmony and peace.  Their lives were   perfectly aligned with the Universe and its supportive forces.

Needless to say, lust for power and dominion was an alien idea to the Zions. Of course, they considered them monopoly of humans.

Malay delighted in lending patient ears to old Zions, known as DA, who were equipped with special powers to gaze across the planets. They often spoke to young Zions about the wonders of the Universe and the neighboring planets.

“Do not let your jaw drop upon hearing that they have invented imaginary boundaries too, and these boundaries determine who they annihilate in the war and who they rescue.”

And, the wise Zions jaw dropped, without warning, upon speaking these words.

Malay chuckled at the irony of the moment. But, the old Zion’s eyes were mysteriously melancholy at the thought of war.  Malay felt as if the old man was watching an ongoing war unfold before his eyes.

Malay suddenly felt a strange pull in his heart towards the Earth.  He knew the old Zion was able to witness something beyond his eyes.

Bidding a respectful adieu to old Zion, Malay headed towards a nearby secluded spot. His curiosity about the ‘inventors of wars ‘grew around him like golden wings. At once, a decision was made. Harnessing the Zion power of phenomenal will, Malay stormed towards the Earth.

Malay knew that upon reaching the Earth’s surface, he will lose his Zion form and the other mystical powers. The Earth’s atmosphere will bestow upon him a human form. He would be as visible to the humans as they would be to him. He would be able to communicate in their tongue. The tongue of the place would become his tongue. But twin Golden Zion Privileges would not desert him on the Earth:  No bodily harm would come to a Zion during a sojourn to outside planets, and one may return at will.

The vast oceans were emerging from the bosom of the majestic Blue planet and the unconquerable lands stretched on all sides.

Malay was greeted by the sight of people thronging the streets.  Buildings hung on all sides, towering and hawk like, threatening to soar beyond the sky.  The young man, for its heavenly disposition, possessed no sense of boundaries and borders.  The language on the tongues of the people and the color of their skin were inconsequential for the visitor for he saw them all as members of one big family-the family of the Humans.

“Why men go to battle?”   Malay wondered and resolved to find the answer.

He strolled across the streets, states and nations.

A place invited him into its hearts and the ghastly gates shut behind him.  It was a scarred place-torn by an ongoing civil war.

The air of the place was pregnant with smell of rotten flesh. The soil beneath was getting irrigated by unceasing flow of human blood-red as fire, scorching, fuming, gyrating and tinged with dull pain. The Trunk-less heads and the headless trunks lurked around.   Hundreds of limbs lay abandoned in the murky land.  The deafening sounds of blasts tolled at regular intervals.

Malay, horrified and numbed, unable to breathe, sat himself down on the blood fed soil.  He felt an unbearable stinging sensation in his left eye, which speedily rippled to the second eye and this vision grew blurred.  The stinging sensation got dull and a fine tiny ball of salty water dropped from Malay’s eye.  And then fell another. Tears now gushed forth without restraint. There were no tears on his planet.  He was oblivious to this phenomenon of shedding tears.  Yet, only ten minutes, in the city of war, he was in grip of intense pain. The ache in his heart ballooned to disastrous proportion.  And lying on the blood drenched soil; he bellowed uncontrollably. He has started to understand war.  Time switched gears, the blaze and darkness of the day got substituted with the blaze and darkness of the night.

But, the war knows no night and no day, it only recognizes taste of human blood and a victory at any cost.

In a war ravaged land, thought of sleep is but a mere dream caught between meetings of the eyelids.

Malay sat frozen on a piece of land and surveyed the land with horror stricken eyes:  The landscape was littered with corpses and the sky was desolate with prospects of more slaughters.  He had hardly blinked when his eyes caught sight of a fleet of bomber planes exploding from the chest of the silent sky .The sky buzzed with their sounds and then they finally disappeared in the chest of the sky again.

In their coveted twenty minutes in the sky, they gobbled half the city. The enormous clouds of dust smoke rose from the rubble of the architectural wonders of the city.  The terrorized people   were running insanely for their lives.  The ill fated city was caught in monstrous flames.

Malay felt violent tremors in his body as if his body will disintegrate into a million pieces and dissolve into the heaps of rubble forming around him.  Then, something happened.

A figure illuminated in the dark.

A young boy was writhing in pain.  He had lost his right arm in the death rites of the bomber drones which disappeared in the sky guiltless. He could not have been more than ten-year-old.  He was too innocent, too fragile, to be assaulted with a bomb.  Who were to understand that?   The perpetrators of war were in a mad frenzy. Who were to make them understand that?

Malay was no more the Malay who had left his planet Zion to see what war looked like.  What he had seen was only the tip of a mammoth iceberg.

Malay ran to the boy and held him to his chest.   Strangely, the language of love is understood everywhere.   Any sign of love and compassion is a rarity during war. But, possible.

The boy wailed bitterly as if he had found his mother’s bosom to shelter him from the mayhem.

Malay could have chopped off his arm and affixed it to the little boy’s body had that been possible.  But, in the war zone, he was as helpless as the other victims of the war.

He guided the inconsolable boy to the spot where he sat dazed before the horrific incident.  The boy kept pointing at his dangling arm. Through his sobs, he kept grieving about his lost limb.

“How would I sketch now?”  Would I not be able to sketch?  I am yet to draw trees behind my half drawn hut. How would I draw now?” He thought his mother would be waiting for him with some food and a sketch book.  I told you, he was too innocent to understand the war.

But, the boy did not live to draw.  He died in Malay’s arm. His soul departed through his innocent eyes and left the war behind.  War had gobbled the trees behind his hut: Trees which he could never drew. His lost limb was lying somewhere in the rubble the city was reduced to.

Who dies at like that at the age of ten? What had he done to be brutalized like that?

Hatred for the perpetrators of wars rose in Malay’s heart. He tasted blood on his tongue.  He could have driven a tank into the chest of the enemy and blasted it off right there.

War was spreading around Malay like tentacles of a giant octopus.

Malay removed a few skeletons lying on the ground to create some space on the land.  He then ran to the rubble where he had spotted the boy; scavenging frantically for his lost limb and emerged with one. He dug the soil, kissed the forehead of the boy, and laid him on the soil with his lost limb to rest in Peace.

This act of love dislodged the enormous hatred he had felt a while ago.  He allowed the love to flood his being and sat next to the buried body of the boy.  He sat still with closed eyes as if turning to his soul for the guidance.  Malay’s lips whispered prayers for the departed souls that they be released from the trauma and pain they were subjected to during their sojourn on Earth.

He stood up like a disenchanted monk and surveyed the land one last time.

The flames of hatred, power struggle, revenge, greed and everything else that make humans go to war were mingling to create bonfire of humanity.

The war which had kept them divided finally united them in death.  Neither the skeletons nor the abandoned limbs bore any identity.  The unmistakable stamp of ‘war’ was all they could display. Dead bodies lay hand in hand, one above the other, inviting the flies to fester over them.   War had dried up the supply of food and water.  Depravity and desperation had driven people to do the unimaginable.

A middle aged man was cutting off flesh from the body of a dead to feed his dying wife.

What is war, then?

A noble mission undertaken for honour, freedom and protection!

Malay decided to leave for his planet Zion.

“No men can be at war forever.  They eventually stop fighting. They have to stop war.”

He lodged this thought safely in his heart. It gave him hope. A hope that, this war too will end.  A hope that, one day humans would realize the utter futility of wars- A Wild Goose Chase.

In a powerful feat of will, Malay pulled his body in the air, aligned it with Universe and left for his home, the land of the Zions.

Behind him, the yellow flames turned orange, then turned red and of that emerged the ravenous black flames enveloping the entire city: a city with no name, only an unmistakable stamp of a raging war.

War, is that what you want?