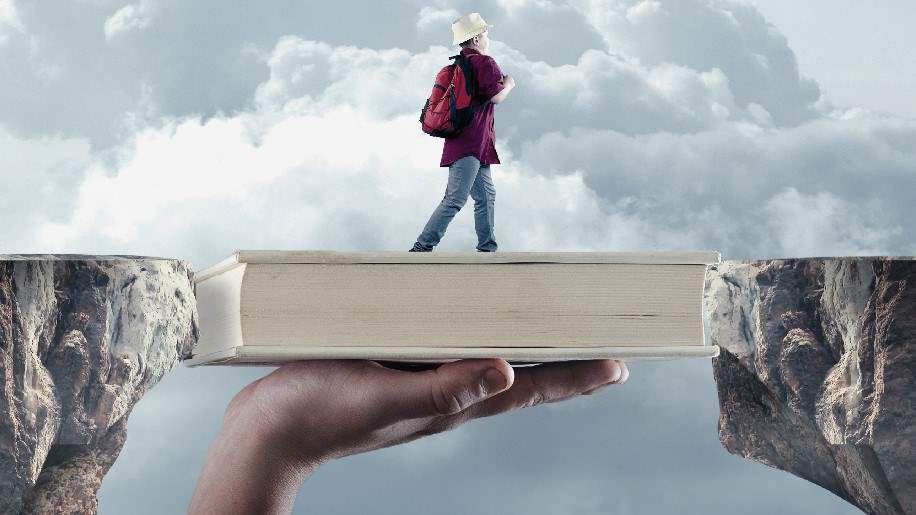 Winning Over Fear of Disease and Death

How I won over my fears with meditation, guidance, practices and support of a beautiful soul

Almost a decade ago, my spouse and our only son fell sick. They did not have any serious symptoms; however, they rested in bed with no food intake. My sister-in-law had departed to another country and both of them had helped her to pack and make other arrangements. I reasoned that here was nothing to fear, as they were just tired and catching up on their sleep.

When a couple of days went by with no discernible change in their condition, I decided to stay with them and took off from work. For almost a week, I stayed at home attending to them. Fortunately, there were no symptoms that called for medical intervention. To utilize time, I read The New Earth by Eckhart Tolle and Laws of the Spirit World by Khorshed Bhavnagri. Call it divine intervention, reading of these two books made me realise: how messed up my thinking and behaviour have been with my spouse and son? My ego controlled me in every situation. Both of them recovered at the end of the week and I resumed work.

This was the beginning of my journey in spirituality of which I had no idea at that time. I read one book after the other and completed 35 books in a year. All books were either on self-improvement or on spirituality. It was a wake-up call. By just following the description in one of the books on Vipassana Meditation by Shri Goenka, I started meditating on breath. My parents trained me well in discipline and I continued to meditate twice each day. I did not evaluate the outcome of my sessions but was convinced that I needed to make several corrections to my thinking and behaviour.

For almost 20 years, I was always worried about my health. A slight sensation in the chest or the stomach, and I will rush to the Doctor. So much so that I went through several health checkups! In one such check, I had an appointment with the doctor with the reports. He asked me why I went for the tests since my reports were fine and there was no prescription from any doctor.

I shared with him my worries. The doctor literally put his hands on my shoulder while I was sitting on the examination table, shook me, and stated: “There is nothing wrong with you”, and he said that he’d have to refer me to a Psychiatrist. I also caused great distress to my spouse when I would visit emergency services at hospitals late nights, worried sick that I am going to acquire a terminal disease where risks will be high if the diagnosis were not performed at the earliest.

I sought help from wherever I could. I joined the Rajyoga classes, attended workshops, and continued to read books. They all helped; however, the fear would come back after a while. By this time, I came to know the clinical name for my condition. I was, however, determined not to go to a psychiatrist as some sixth sense told me that taking pills is not the path to be pursued.

Two distinct events happened around 2011. I went for extensive counseling with one of the NGOs and purchased my first book written by Om Swami ji. I came to know more about Swami ji, including the blogs posted on his website.

Both of these triggered several changes in my thinking. I started donating about 1-2% of my income. I also decided to sponsor a girl through World Vision Foundation. One of the blogs by Swami ji on Depression (October 21, 2011) convinced me that I can get over my fear through meditation. In fact, one of the lines in the blog stated that if one practiced for six months the prescriptions provided, one can completely get rid of depression. Encouraged by the conviction in writing of Swami ji, I was further determined to work on myself.

Between 2013 and 2016, I experienced a multitude of events that challenged me. My entire team of 15 people, including me, was fired. I changed my career from being a Corporate R&D professional to academia with a drastic reduction in income. We moved to a new place.

My spouse met with an accident and had seven fractures in her knee. She took almost nine months to recover with a plate and 14 nuts and screws planted in her knee. She was in our hometown while I continued to visit her from another town, once every fortnight. Later, we moved to our hometown recognizing that our parents needed our attention.

Then, I lost my father in 2015. Our only son had dengue while he was in his final year of studies. My mother underwent a surgery for replacement of her knee. In less than a month, her knee got infected, and had to undergo emergency surgery. While she was recovering from the second surgery, she had a pulmonary embolism, and she got a second life when she was immediately rushed to ICU from her ward and treated in time.

My wife had dengue while I was away in a meditation camp. I abandoned the 10-day meditation course to be with her. I had no income except for professional fees derived from consulting with a couple of universities.

After fifty-three years of smooth sailing, I had to negotiate severe thunderstorms and rough seas.

As if the Divine Grace was preparing me to pass through these experiences in the best manner possible, I was extremely lucky that I had initiated changes in 2011 to my persona. Had I been the way I was, it would have been disastrous for me and my family.

After my father left for his next journey, I started going for walks with an uncle who was a colleague of my father. He is 75 years old man, lives with his spouse, and has three happily settled daughters in other towns. I was once again blessed to have his company and advise. He would always introduce me as his son to others.

As I came to know more about him, it became my first experience to come across someone who had tremendous faith in Shri Krishna. During one of the walks, I asked uncle if he had medical insurance since he expressed his concern about the rising cost of medical services. He immediately replied in affirmation. My next question was — “With which insurance company, uncle?” His immediate answer with hands pointing towards the sky was – “Radhe-Shyam & Co.”

I used to, and have been lighting lamps since I finished school; however, it was more of a ritual. It dawned on me that I really did not have the faith that uncle has. I expressed so to uncle in one of the walks, and he said, ‘It will happen… just surrender to Him’. I continued with my meditation, gathering wisdom from whatever source I could, and maintained my resolve to work on myself. Gradually, my emergency visits to hospitals vanished. I realized that my faith in the Divine Grace had gone up many folds.

I am not a hypochondriac anymore. A wake-up call that I did not ignore, combined with knowledge from a multitude of sources, guidance from beautiful souls, and self-reflection made this possible. Of course, my surrender to the Divine Grace with a firm conviction in meditative practices provided the medicine to improve my mental state.

I consider myself to be extremely lucky to have the life that I am blessed with. Compliments from my spouse and son, signifying that I have changed, continue to inspire me. My spiritual journey continues with an experiential understanding of: (a) Pain is inevitable but suffering is optional and, (b) Somewhere, root cause of suffering is our deep desire for permanence. (Quotes of Swami ji, paraphrased)