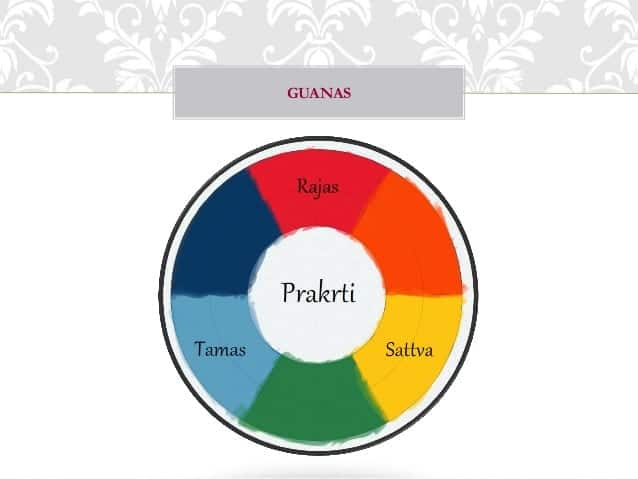 3 Gunas and it's 3 important principles

We all know there are three Maha Gunas called: sattva, rajas and tamas. Before going into my blog let’s get a basic understanding of these Gunas.

These gunas play a very important role in Hinduism. Understanding these Gunas will help us in deciding our course of action in day to day life.
Let me give you a small example.
Food – If You debate with your friends about food in terms of Vegetarian and non-vegetarian the debate will last forever. Both sides could throw up interesting arguments. Instead, if you debate it in terms of Gunas, it will help you to conclude which is correct. If I eat this particular food What kind of Gunas I will get, the process of preparing the food and eating it all will have to be taken in to account.
Such contemplation can be done for all other activities.

Now let’s dwell deep into these Gunas. I will give you three important characteristics of these Gunas.

In a class, a professor gave a lecture. After the lecture, he looks at the students. Now there will be three types of students
1-Students who did not understand anything
2-Students who understood everything and
3-Students who understood partly.
Students who understood partly will ask lots of question. So it is easy to identify them, but it is hard for the professor to differentiate between the first two groups.
This is a good example to drive home the point, extremes look similar.
The same way, sometimes in our life it is difficult for us to differentiate between Saatvik and Tamasic gunas.
Arjuna initially did not want to fight the war. Is this tamas or sattva? Many observers might say no doubt it is tamasik, but from the viewpoint of Arjuna, he could think it is Sathvik. How come non-violence be Tamas? How come not fighting against my kin and kith be tamas?
So at the outset classification of the gunas might sound simple, but they are not. It took Krishna 18 chapters to make Arjuna understand.

The same thing happens in our life too. Sometimes we give some lame excuses. We don’t stand up against injustice, we don’t raise questions, we don’t work hard. The reason might be we are trying to avoid a confrontation(Satvik) or it could be because we are afraid(Tamas).

2-Too much Rajas leads to Tamas.

If asked a question as to which Guna you would choose to have most of your life, many of us would say Rajas. Because we are not Saints or Renunciate to have Saatvik Guna most of the time. Of course, we also know tamas is bad. But what we don’t know is too much of Rajas leads us to Tamas. Like too much food will lead to lethargy, too much success might lead to ego and so on. Your ambition might be to earn money (Rajas) to grow your business, but it might also result in you becoming more self-centred.

3- Tamas leads to Tamas. The most dangerous phase of anyone’s life is when you are deep into tamas. Generally, when you are into tamas we use rajasik activity to come out of it. Problem is due to abuse of substances and psychological problems a person might go deep into tamas and normal rajas activity is not enough to bring him out of it and he goes back to tamasik activity to come of it and the vicious cycle starts. This is where he needs the help of professionals. Meditation, prayer, exercise will be of immense help here. He can also look at other alternate and supporting therapy like Aromatherapy, sound therapy and many more.

We can explain these Gunas with another example of Swimming. Activities of Rajas is like the act of swimming, You need rajas to stay afloat. When you drown(tamas), You try to come out by swimming (rajas), but at the same time, if you swim too fast, You will end up drowning. The trick here is to make sure You don’t swim too hard. The harder you swim the deeper you might drown, making it hard for you to come up.

Instead, if you swim intelligently conserving energy, one day through guru’s wisdom and god’s blessing you will see the shore. If you reach the land safely it is the act of Rajas taking us to saatvik state of reaching the lands. No more drowning.

So first correctly identify the Gunas, avoid tamas, then use Rajas to reach Satvik state.


Login with Email
No Account? Create One
Finish What is Started! : Rule 2
Discovering My Deity: Lord Krishna