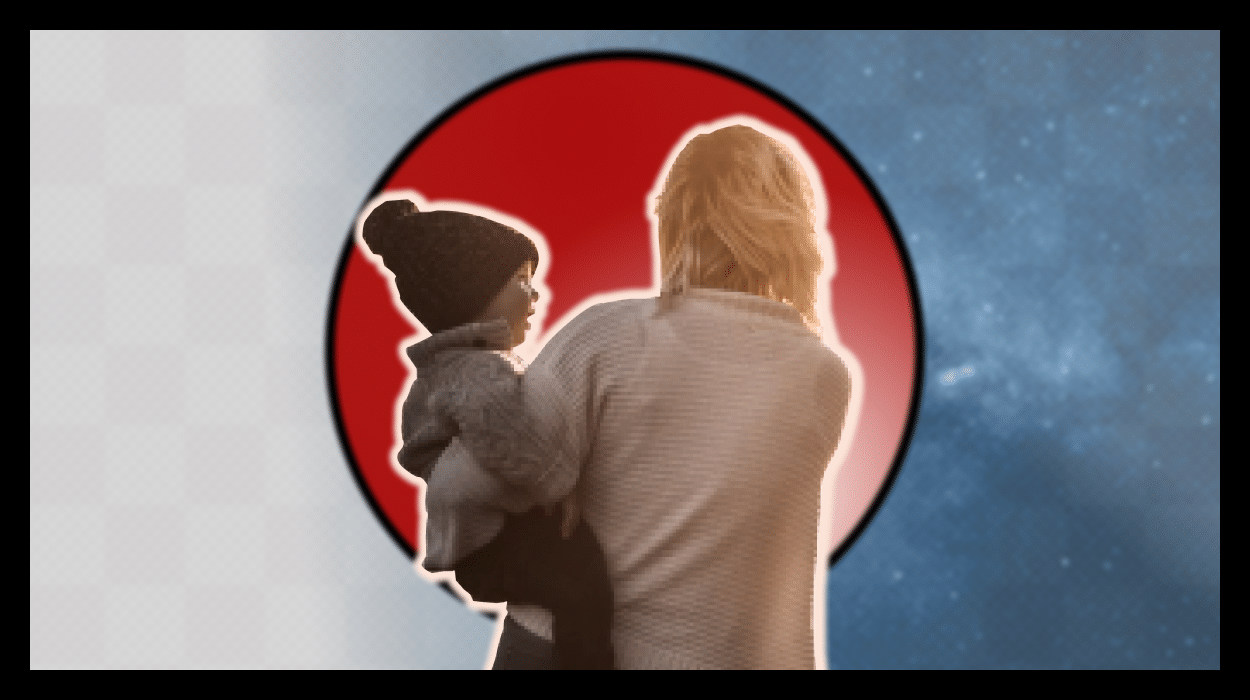 'I told you to stop blocking with your face...'

I love my mum. If you think this makes me weak then you can fight me.

I always read what people learned from long-dead philosophers or billionaires, and sure, some of those lessons are valuable. Yet, why are there so few about what we’ve been taught by our mothers? There are even fewer by men. Mine has shaped my personality far more than any book or podcast.

Part of my problem is I’m not sure I can ever do justice to everything she’s given me. Let me correct that, I know I can’t as I’m not sure the vocabulary exists. Every achievement in my life or good trait I have comes from my upbringing.

To say I call myself lucky to call her my mum would be an understatement.

I know there are many supermums out there, but here are some of the many ways mine made me a better person.

Most of my friends were locked up in the run-up to their exams. Their parents let them go to school or the library and any hobbies were suspended without a second thought. Children needed to study all hours to get into a prestigious university and get a job they could be proud of.

My mum was the opposite and complained if I spent too long wrapped up in my books.

She encouraged me to continue my 20-hour a week karate training schedule throughout the exam period. It was a treat to have something to look forward to every night after studying and my mental health was so much stronger than those who had been caged.

As I’ve grown up, the way my mum allowed me to have fun even in the most stressful of times has stuck with me. It’s the counterbalance to falling to the natural instinct of those around me to sacrifice everything for productivity. What’s the point in grinding so hard if you’re miserable?

I see it in others where they become single-minded about a raise or promotion and their minds deteriorate.

With my colleagues, I’m the first to tell them to go home and rest up rather than pulling all-nighters. With friends, I always put their well-being over their success. I try to make them laugh even when they think they have no time for it.

How to tell who’s a real friend

I was never one of the popular kids at school. I lacked self-confidence and had an overactive conscience; not the best combination for a “cool” teenager.

Like most people, I was desperate to fit in with everybody else. Yet for the area I grew up in, fitting in meant sometimes acting like a thug. It meant doing a lot of things I wasn’t comfortable with.

Being different made you a target and you definitely did not want to be a target.

I watched as the previously “good” kids had personality transplants to seek the approval of others. The easy thing to do would be to follow them and I couldn’t see what I could gain by sticking to my principles. I was torn.

Mums tend to notice when you don’t mention your old friends as much as you used to. Mine seems to have a radar for when I’m skipping on details on purpose.

“Your real friends won’t make you change to stay with them.” — Mum

Such a simple quote told whilst she drove me to one of the million hobbies she supported me with. This gave me a benchmark though, why should I do things I didn’t want to just to be friends with people who didn’t really care?

When I was younger, the idea of a friendship group seemed like the most important thing in the world. Yet as an adult, my friends are from a wide spectrum. I can be friends with someone totally different from me and neither of us needs to change each other.

“I told you to stop blocking with your face”

It was 5 days before the national university karate tournament and I was in great form. The head instructor asked me and another student to give an exhibition match for our less experienced teammates.

“Go light on each other. No injuries…”

10 seconds later my clothes were covered in blood and my nose was pointing the wrong way. A late-night trip to the hospital confirmed the obvious and I was out of the competition.

While my mum had always encouraged my training she was less of a fan of the competition side of things as she understandably didn’t want me to get hurt. So I was expecting a lecture when I rang to tell her but I got: “I told you to stop blocking with your face!” followed by a long laugh.

Like many mums, she has an annoying habit of being right. Yet when she’s proved so, she finds the humour in it rather than making the situation worse. She makes her jokes then switches to compassionate mode seamlessly.

We’ve all got a friend who is a sore winner and forgets about helping you in their gloating. I try to mimic my mum’s tactics to move quickly past it and focus on how to make the person in front of me feel better instead.

The little things are what’s important

I’m a grown adult with a mortgage and take pride in my independence. I don’t want to feel like I’m taking handouts from my parents.

Yet whenever I visit home, there somehow happens to be leftovers for me to take with me. Of course, they’ll be thrown away if I refuse because there’s no space in their freezer. Any attempt to tell them I don’t need it falls on deaf ears.

Then sometimes when I’ve had a crap day and don’t want to cook, I know I have the home-cooked meal waiting for me. I can’t pretend I’m half the cook my mother is so her foresight triggers a little spark of joy. This can turn my entire mood around.

We’ve never been the type of family to use big displays of affection to tell the world how much we love each other. Yes, I’m breaking the ranks a bit with this article but hopefully, I’ll be forgiven.

I’ve learned from my mum that all the small gestures are more important. I try to find simple ways to show people I care even when there’s no special occasion. Barely any effort is required and no big words need to be passed, but those actions give people those little mundane highs.

If I’m behind on all the stuff people think matters, I will still prioritize a quick call with my family. I’ll randomly let a friend know I appreciate them. I remember people’s favourite chocolates and get them for them as a surprise.

Thank you, mum, for making me a better person.


Login with Email
No Account? Create One
A Drive on the Road Called Life
The Unlived Life Within