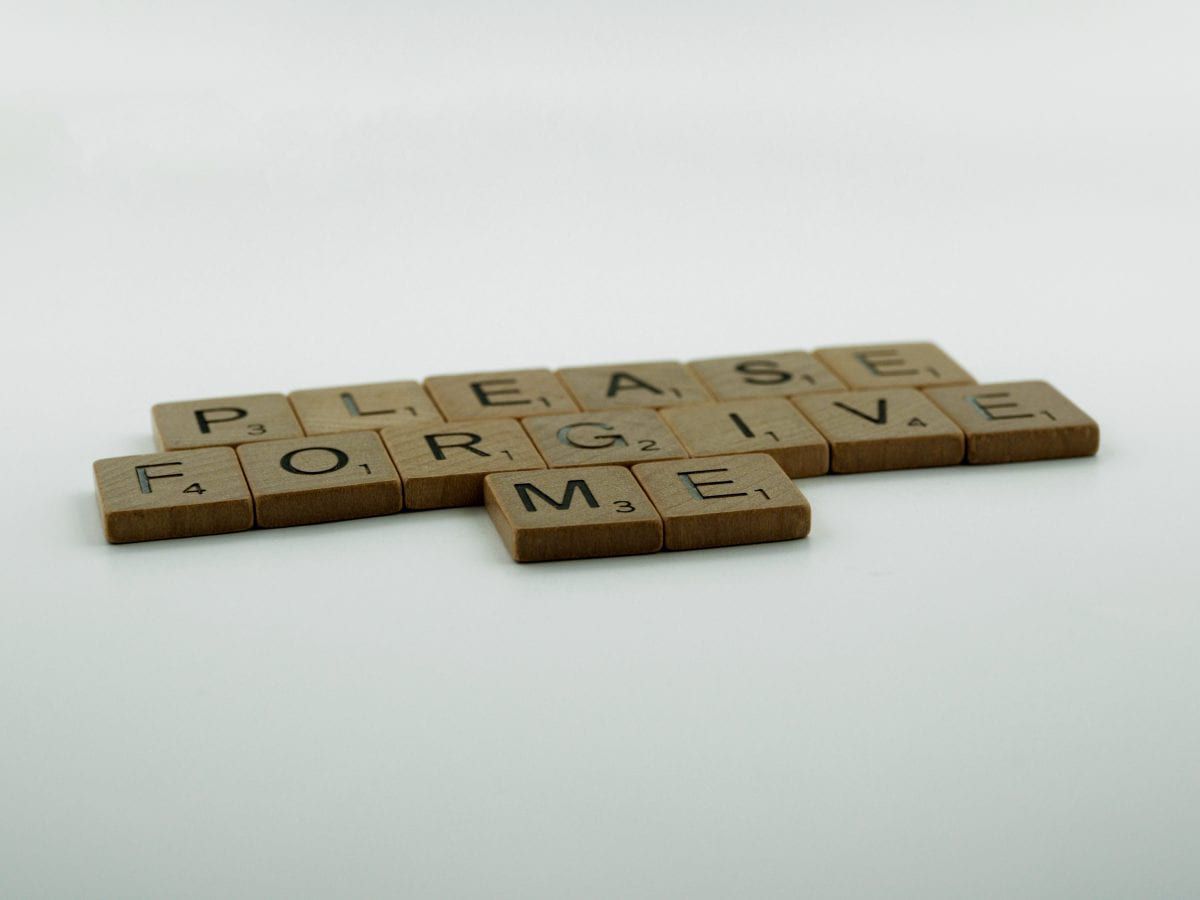 I think a part of me changed forever this morning.

During one of Swami ji’s recent discourses on the Bhagavat Gita, He spoke about the importance of asking for forgiveness when you feel that you have been wronged.

You might be thinking, ‘Wait, that doesn’t make sense. If I have been wronged, why should I be the one asking for forgiveness?’

Well, this morning I had a revelation that shook me.

Since I have decided to write my life story, and now that I have a way to share my journey with others, I’ve starting reaching out to some people who were a part of my life before renunciation. Some of them have no idea what happened to me. One day, I disappeared off the face of the social scene, the social media world, and out of contact in general, as the time to drop everything and re-discover my true path had come.

There is one friend in particular who I hadn’t been in touch with for around five to six years. I had visited England (my old home) last year and my family had sent her a message that I was there and that we were having a satsang – a spiritual gathering — and meditation session at their home and would love for her to join us.

I was really looking forward to seeing her after so long and I was sure she would come or that I’d see her at least once during my trip, as she had always had a spiritual inclination and we’d never had any kind of falling out that I could recall.

But, she didn’t come, and she didn’t contact me asking for her and I to meet up. I didn’t think too much about it. It was a busy trip for me with satsangs, meditation sessions, meeting a lot of people for the first time after I’d been initiated into monastic robes, and most of all, preparing for Swami ji’s arrival and His London Meditation Camp.

Had I taken the time to think of her, had I made the effort to reach out to her, I would have understood that I had indeed wronged her in the past and that it had continued to weigh heavy on her heart, unresolved.

If I had had the awareness and intelligence to reach out to her and ask her to forgive me for whatever I had done that had made her want to avoid me, I could have saved her yet another year of holding on to the pain.

After acquiring her contact details I wrote to her last night, unaware of her torment. This morning I received a very humbling message from her: No less than a wake-up call.

What I had done in the past was very ignorant of me. At the time, I was selfish and impulsive. I often acted first and thought later, or worse still, acted and didn’t think about the consequences at all.

I was the queen of justifying my actions to myself. Downplaying the truth, telling myself things like, “Everybody does it,” “I’m not doing anything hurtful,” “It’s just a tiny thing, only a little white lie,” “What they don’t know can’t hurt them,” “It’s irrelevant,” “I’m doing it for such and such reason,” and so on. I could always convince myself that my conscience was clear. How wrong I was! And thanks to her message, I see that now. I heard the grief she has carried all these years and it pained my heart.

I have of course apologised to her and I shall continue to do my best to make it up to her, without giving excuses for my behavior in the past. I am constantly evolving, striving to be a better person — I know I am a different person now after taking some steps along this path, but to my friend, I am still the same face that caused her pain.

This morning, I paused and reflected on my life in a different way. I’d been so focused on the ones who I felt had wronged me, I’d been telling myself I must forgive and forget, but most importantly, I’d forgotten about the ones whom I had wronged.

My way of thinking has certainly changed and I’ll be actively atoning and making amends, especially where I had originally convinced myself that I had nothing to apologise for.

I shall remember to ask for forgiveness when anyone I have a bond with changes their behaviour towards me. For myself, I cannot think of a worse scenario than someone harbouring any pain at all in their heart because of me, whether I acted intentionally or not.

Thank You, Swami ji, and my friend, for one of the most eye-opening and transformative lessons.

But, ask for forgiveness more.

Know what you’re apologising for. And above all mean it.

If I have knowingly or unknowingly said or done something to hurt any of you and I haven’t yet apologised for it, please tell me. Please allow me to ask for your forgiveness, sincerely, properly. Thank you 🙏🏻

127 comments on this post. Please login to view member comments and participate in the discussion.