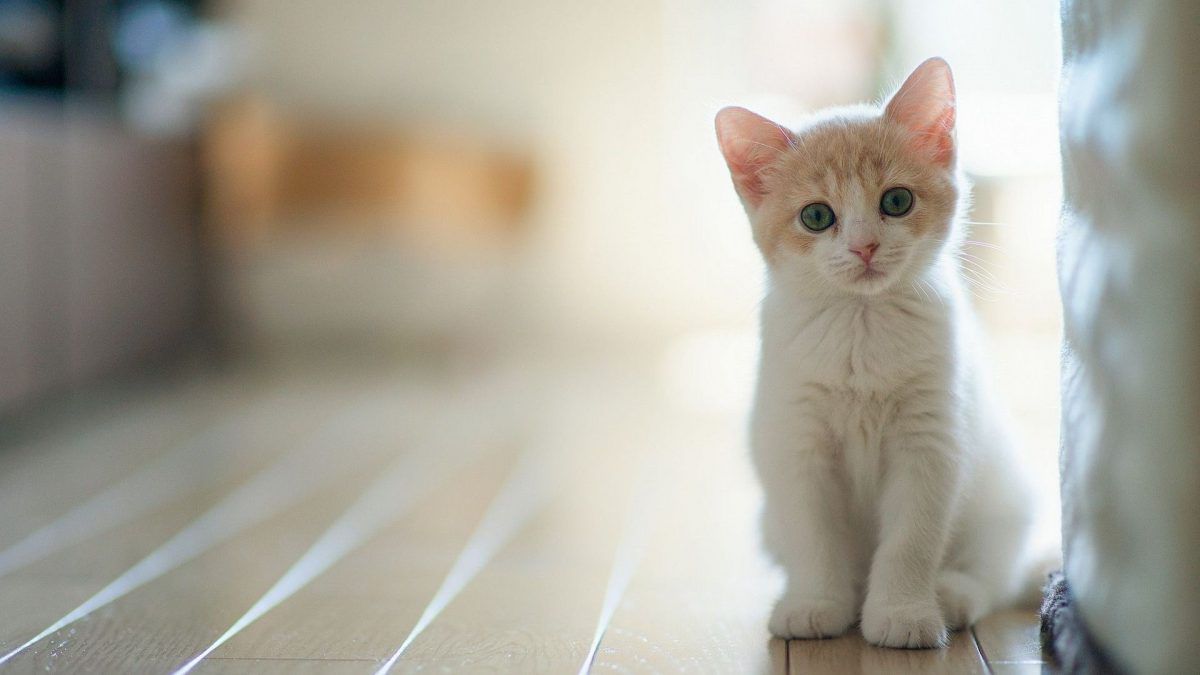 A kitten who saw through me

A life that touched my soul!

She fumbled the first few days, hiding from us and hoping to disappear altogether. Her mum was not overtly affectionate or protective. They were locked in a room recovering from their horrible fates. On and off I would see her mom hit her. She would try to find an imaginary corner and face the wall. The black marking above her ears made her look pretty. Her beautiful big eyes gave an impression that she could see the life pass her by. At two months she was tiny and almost invisible.

Her mom went in for spaying and came back a new cat. Didn’t want anything to do with her. Occasional licking happened but her face would be so dejected when her mom would attack her. I was gutted. Something was not right. A second visit to the vet confirmed – her beautiful big eyes were empty! She had no vision. She was born blind.

That night I sobbed for her. She hated being touched or cradled. It was as if she had given up on life. We decide to separate her from the mom and got her a friend – a tiny playful kitten named Bob. The first few days she lashed out, cried, was angry. Even though her mom had not loved her the way she had hoped, she remained loyal to her old memories. As the days passed, she resigned to her fate. She would not purr, not play, simply sit on the cat tower facing the window. I often wondered about what was she thinking?

I would spend hours every day talking to her, trying to touch her to let her know it was alright to be mad at life. It was fine to feel crappy. I could identify with her emotions. She would still not purr. Simply stare in my direction as if to say, to hell with you. The tug of war went on for a while. I didn’t give up. And so, in the end she had to give in. She slowly started coming to greet me at the door. Smell my feet and then immediately moved away as if to say you stink!

She didn’t make it easy for Bob either and hit him hard when she could. But Bob persisted and she finally caved in. She now plays, eats well, rolls on her back asking for belly rubs. And this afternoon when I lay next to her, she crawled into my embrace asking for head rubs. She purred, licked my hand and decided to take a short nap with Bob.

I looked at her today closely only to realise that her eyes were sparkling with mischief. She is finally discovering life one paw at a time! She sat on my chest all afternoon staring at me. We spent an eternity exchanging life stories. She had a few complaints about being blind, but my list of grievances against this world was longer. As she rested her tiny head on my shoulders to console me I realized; she could “see me!”

P.S.
Soon after this post was written Cookie passed away due to Feline Leukemia. Her memory lives on. Bob found a lovely home in the UK and now lives in the land of the Queen.

Aren’t you Buddha, already?
Longing for You, Lord…