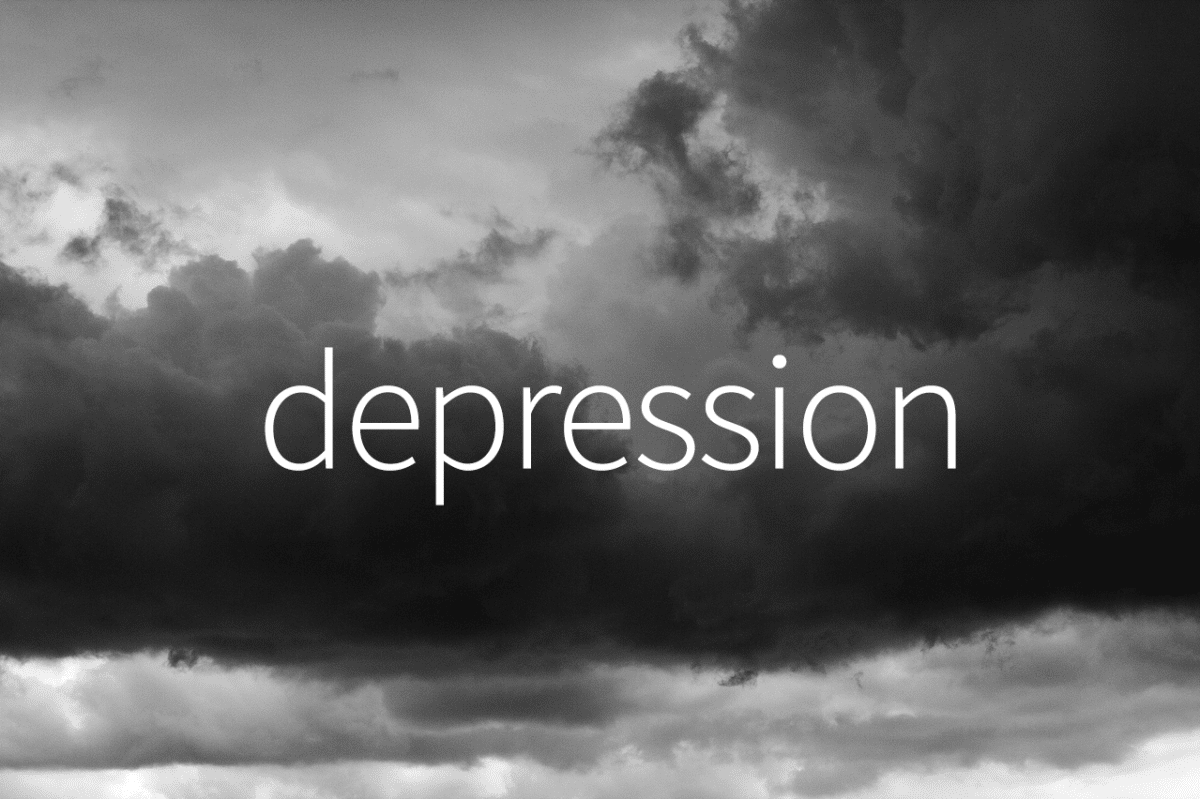 Episode 2: I am no more me, something else has engulfed my entire existence

Jai Shri Hari and sastang pranam Swamiji. In continuation with the previous post (if you have not gone through, click here) on Grow through what you go through, I would like to plunge into even detailed symptoms which I felt this time. It was the most intense bout of depression felt by me which nearly knocked me out with a deathly blow to my very existence. I never thought I would be alive to write this. Penning down the most painful experience is really heart wrenching. Oh! Swamiji, give me courage to write down each and every bit of feeling in this blog to reveal how devastative a person feels going through the phase and equally in pain the immediate family members.

It started with some instrument malfunctioning for which I had no answer. I was willing to investigate, but the hazardous ‘procrastination’ as explained in depth by Swamiji in his last blog was executing its program in me. Then at a certain point, things blew up and I was under immense pressure🤯 to deliver the instrument at the earliest for a strategic project. Under the mounting pressure, I buckled down. Day by day, my desperation was growing. One more mistake which I committed is not to involve my colleagues in resolving the problem, may be because of ego…

The situation cascaded to such an extent that, I started losing confidence in me. I became silent. My compassionate boss was taken aback as the most talkative and fun-loving humorous fellow going silent🤐, behaving like an alien as if a person put in a totally unknown situation. I was trying to monitor each of my moves. As I told in my previous blog, in this state, your mind works at an amazing speed, but only to your disadvantage. That damn super-duper computer runs a spurious program of negativity finding out little failures in your work and amplifies them re-in forcing the twisted fact of ‘you are of no use’.

One day during my work, I connected the Power supply in a reverse manner i.e. positive and negative terminals interchanged. The circuit burnt out, along with that my last bit of confidence also burnt out. Again, my mistake, while experimenting in such a mental state, I should have somebody by my side to have my actions monitored. Previously, I have burnt n number of circuits and laughed out at myself. But this time my mind took me to the gallows,😓 tightened the noose and hanged me. I started fearing to touch any instrument as my mind scolded me you worthless good for nothing fellow, don’t you dare to touch any instrument thereby causing loss and damage to your organization.

As I stayed aloof, my mind pounded you are not working and drawing salary? On one hand it did not allow me to work on the other hand it fired me for not being sincere in my work. What a dilemma! I started feeling afraid of my own colleagues. I used to explain them various concepts, now I have gone totally blank as if a new fellow and that to out of place. No intention of learning, communicating with anyone. My humorous jokes dried out. My colleagues, my boss, super boss had never seen this dark side of my life before. Fearing to sit at my seat, talk to anybody, I was drowning deep. Can you understand? I think Nalin, Ankita, Yash, Diya ji and lot many can understand. Those who have not gone through this phase, please read multiple times to have the real feel. It is my humble request.

I wanted to go to my Psychiatrist now and he immediately declared that I was in depression. He prescribed very strong dosage of anti-depressants. I know that anti-depressants are sometimes lifesaving. But I think, they are prescribed to dull your mind. As Swamiji says, more than 95 percent of the cases of depression are not clinical, same was my case. It was not clinical or Biological. It was stemming from Vishada. Well, I will elaborate more in the analysis part. The anti-depressants and sedatives had very dangerous effect on my health. They produced the deadly by product called pitta. They made me hallucinate and vomit increasing my acidity level. Sometimes I was not able to understand what I was speaking. I started bunking office as my head was heavy🥺, I was feeling drowsy🥱 etc..

The effect on my wife Sanghamitra was immense. But by god’s grace, she is a very head-strong girl who was rock solid. Though she also remained disturbed mentally, she tried to project a strong image in front of others. Her colleagues at bank never had a clue that her husband was passing through such a phase. To that much extent she could withstand with a semi-mad person like me.

The effect on my son Sahil was drastic. His playful and ever-obedient Papa 😉(Yes, I am an obedient Papa!) was missing in action. He was trying to induce me to play with him, watch Mr. Bean, Duck tales etc. with me. But I was in my own world. He used to cry in front of me pleading to play with him, involve in his activities. But I was like a lifeless rock. I was in some kind of black magic spell. All the attempts from Sahil, the piece of my heart, was I was not able to think about others. I was just thinking about me, my pain and my negativity. Any phone call would frighten me. I would request Sanghamitra to lift the phone and reply. She was becoming nervous day by day.

There was call from office enquiring about my absence. Sanghamitra called my colleagues to brain wash me. But no use. My digestion was going haywire, appetite lost completely, weight reduced from 71 to 65 kg. A time arrived when Sanghamitra used to cry a lot holding Sahil. I would just sit emotionless. I would keep on thinking my own problems. We three were in such a state that we never knew if we would be alive next morning. At that time there used to be continuous rains in Hyderabad, but the cry inside had more water in it. One Sunday, I remember that I could not wake up from bed the entire day. Sanghamitra did not cook anything. When Sahil asked for food as he was hungry, Sanghamitra told him to drink the raining water and fill his stomach. The boy started crying like anything. It was very heart wrenching when I think the same now. I cannot control my tears now. I nearly subtracted me from the life of Sanghamitra and Sahil as if I don’t exist. Sahil was in more shock than Sanghamitra on my state. But he never deserted me or kept himself away from me. Sanghamitra was now more worried about me than Sahil to let me stay alone at home. I was not taking Sahil’s care, it was the other way around. Yes, I am now crying while typing this and remember that boys do cry. Let me end this in a lighter note as I attempted something serious which no-one should ever attempt, i.e. Science of Stupids!

I thought of ending life. I tried to do it in office. I powered on the High voltage module of one instrument which operates at 2000 volts and caught it for 15 seconds. But I had lost my mind that I could not get killed by this module as the current capacity was in micro ampere. Overall, the net Power Factor was not high enough to kill me 😊. (Again, I am sorry, please forgive me for my technical jargon, plz do Google). I was a fool. Typical example of the same is electric fence. There the intruder will get an electric shock, but the same will be non-lethal.

I used to stare at the celling fan like Sushant Singh Rajput style. But if I commit the thing in my house, then no one would purchase the same, so that was ruled out 😉. I tried to block my breathing, suffocating me to die, but believe me, killing oneself is not as easy as it appears. Remember one of the famous Murph’s Laws “Nothing is as easy as it looks” 😉. Just the moment I thought that I was going to get ‘khallased’, by blocking my nose and mouth, the basic survival instinct kicked in by allowing air to get inside my body through my ears. Try to check it for yourself, hey just kidding 😉, don’t even think of it, if you have any ENT problem, your ticket will be stamped 😉.

That was the turning point for me as I understood that this is not the solution. I cannot do this. It is a crime. I am down, but not out. I cannot drag on like this. It must be finished.

Jai Shri Hari. To be continued….