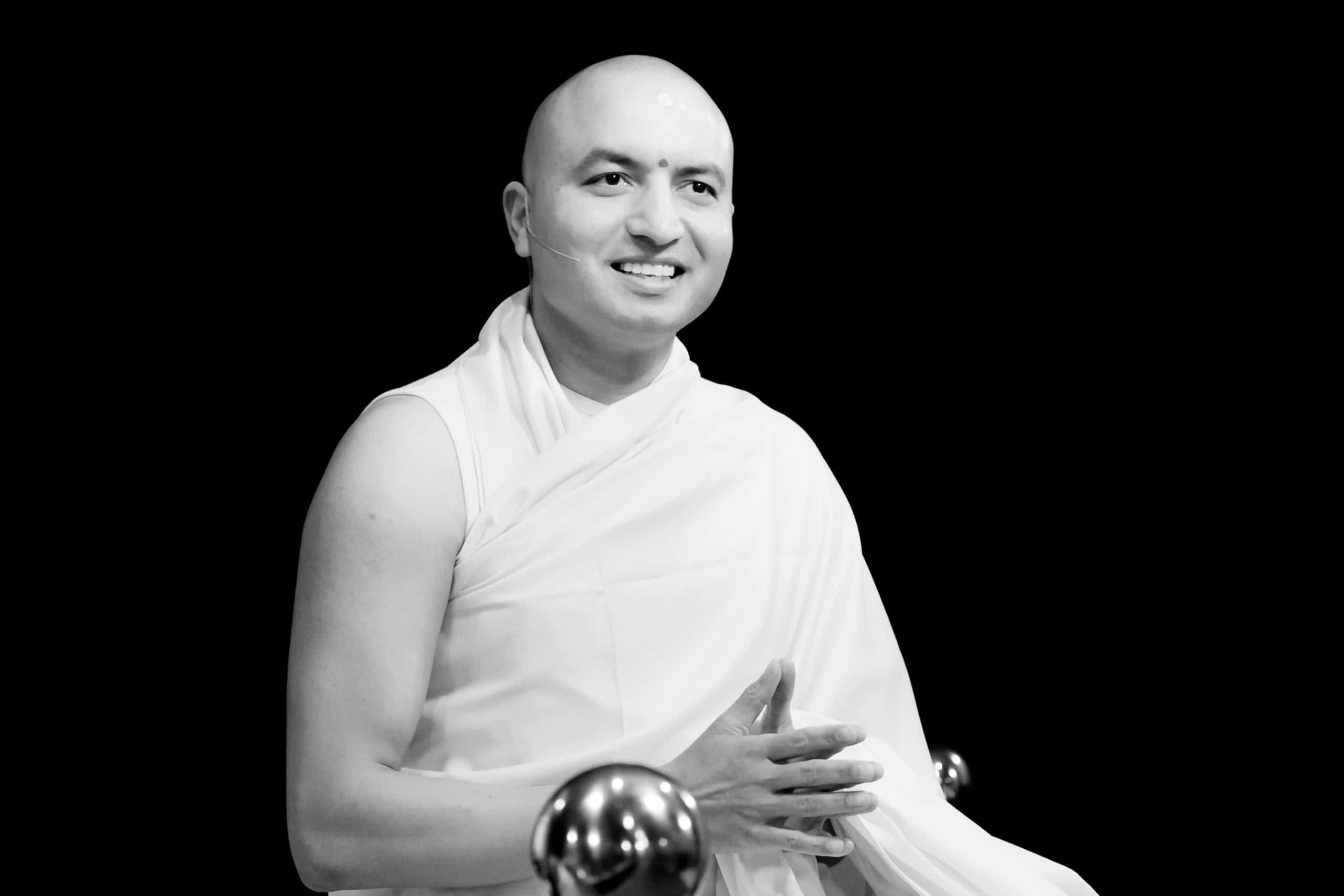 A Small Leela of Swami

Overwhelmed with love and gratitude, my Divine.

Even though I was oblivious to his Pitashree’s demise, I became instrumental in giving Swami some joy during his painful times. In this post, I describe a small Leela that unfolded over the last two days.

A couple of days back, my parents tested positive for COVID. Due to my father’s prior medical conditions, his health tipped towards the trouble zone (no worries, he’ll be fine soon). The Divine Mother knows what’s best for them, so I wasn’t praying for anything specific. Nonetheless, I wished to be there for my struggling parents. Living so far away from them, the only thing I could do was give them some comforting words.

On the night of Feb 3rd, I called my mother. During the conversation, I could sense pain and fear in her. So, to distract her from worries and to help her relax, I narrated the entire Tulsi Moksham story to her. It took more than an hour, including all my detailed implications of the tale. Even though it took away plenty of time from my packed schedule, I was glad I could do something to ease my mother’s pain.

When I ended the tale, my mother mentioned that I had narrated the story during Gupt Navaratri. My first narration of this profound tale happened on Navaratri to benefit my biological mother. What could I say of Devi’s grace? Overwhelmed is an understatement. (It’s my mother’s birthday today – Feb 6th. I may constantly grapple with her, but thanks to my Amma for being a positive influence in my life.)

Anyway, when I ended my call with my mother, it was pretty late. Still, something urged me to write and publish this Puranic tale on this os.me forum. Pushing myself, I burned the midnight oil to pen the story’s first draft. Atypical to my writing speed, a post as long as that got done in minutes. Unaware that Swami was working a Leela through me, I published the completed post on Feb 4th.

On that same day, Swami announced the demise of his father. Realized souls like Swami don’t fear death. For, death seems like the ultimate relaxation when we get the correct view of this world. Regardless, the enlightened ones feel others’ pain intensely more than everyone else. At times, they can tolerate their pain but not that of others. My heart ached to fathom the pain Swami must’ve endured through his father’s struggles.

I could feel my parents’ pain, which had already caused immense grief. After reading Swami’s post, my husband’s sadness increased because he couldn’t be there for his parents during their battle with COVID recently. Further, I could sense my son’s sadness on reading the post about the pain endured by Swami’s father. To top that, I felt miserable that I couldn’t do anything to support Swami through his painful times.

Finally, I dozed off yesterday with pain and remorse in my heart. As a norm, whenever Swami senses me in such pain, he immediately appears in my dream. Yet again, there he was in my dream, which was vivid beyond what words can explain.

Sadly, Swami was limping in my dream, indicating that he hadn’t merely watched his father struggle. Instead, he had also taken on all his father’s pain on himself. For a few moments even in my dream, I could feel Swami’s intense pain, but he tried to console me. Rather than supporting Swami, I was almost inconsolable, but the revelation he gave me at the end of my dream gave me some peace.

The Tulsi Moksham story is read primarily during Navaratri. However, this tale also gets recited post the 13th-day ceremonies of someone’s demise. I published my researched version of the Tulsi Moksham story on Feb 4th, precisely 13 days after Swami’s father’s Moksha on Jan 22nd! I didn’t realize any of that until Swami pointed me towards it.

Swami reads my posts often, and I know that for a fact. As per tradition, to honor his father, Swami desired to listen to the Tulsi Moksham tale, and he had chosen me to narrate it for him. Suddenly, it all made sense! The strong urge to write, my fast-track writing, and the intense feeling that I had to offer that post to Swami was all part of his Leela.

I’m writing this post with tears in my eyes, my beloved Swami. Immense gratitude to you, for making me a part of you. I love you, my Divine, beyond anything else in this world.