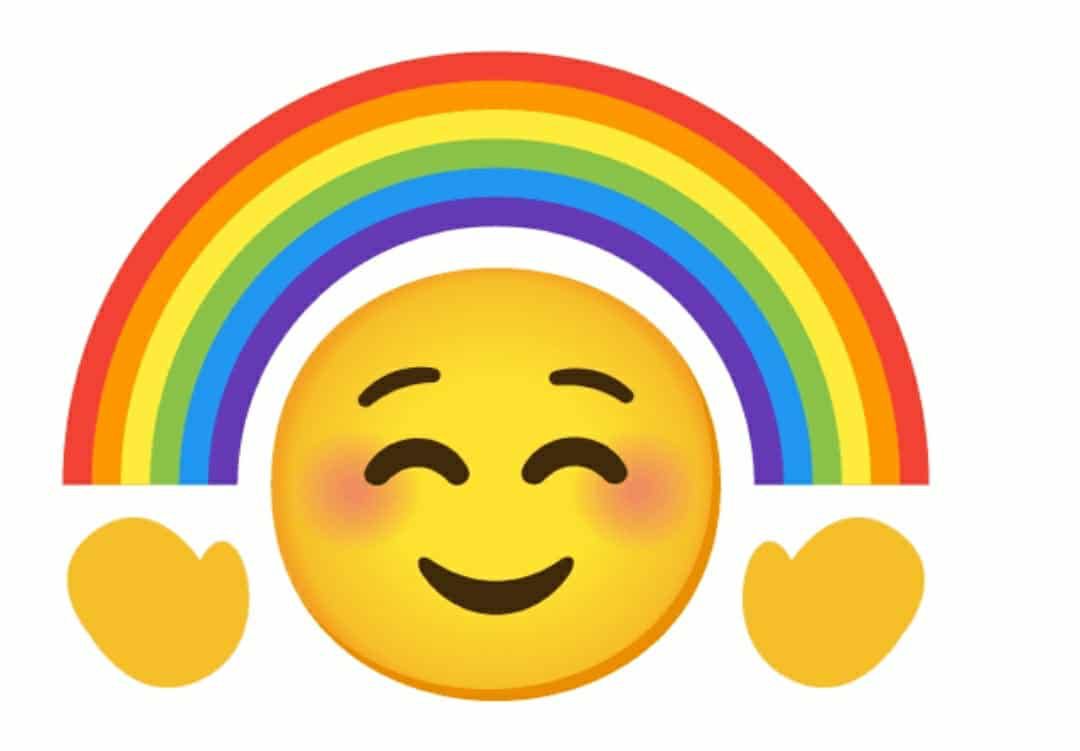 I was eagerly waiting for the day for two years. It was my taekwondo belt test  . It was a special day for me as I was appearing for the belt test after 2 whole years and it was my sister’s birthday as well.  We were practising for the event for 2 weeks . I woke up excited. I got ready , got blessings from the elders and waited for my friends to come .  Once we reached the venue , we went straight to the seniors and teachers and greeted them  . I was  slightly amazed to see the students  . There were around 200 to 300 students in the ground and all from different age groups. It was a very chilly day and cold winds were blowing. There were so many students so it took 5 to 6 hours to complete our function.  After some time there was a boys demonstration in which there were around ten boys and there was a fight between me and my friend. Then in the same demonstration we made two human  pyramids , one of  boys and second one of  girls.  Then it was 4 o’clock when it was time to do my poomsae 6 to red belt . I was very nervous when I  was performing it. When I completed the poomsae. I started with the padding and my set was four dolochiki, 10 doubling, turning and round from both the sides and airback .  Then I started with board  breaking. The boards were made up of wood. I broke three boards with advance kicks of turning , round and airback . And at the end our sir distributed prizes  after all the students  gave their tests. It was my turn to get the  trophy and I got 3rd prize with a watch and a red belt.

Here are some photos of belt test of my fight,human  pyramid , board breaking, padding. 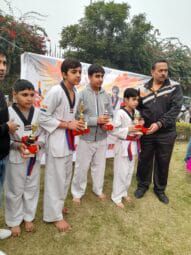 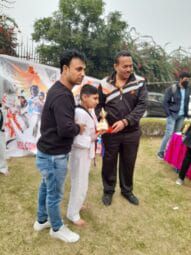 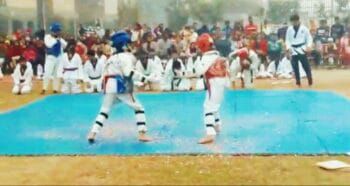 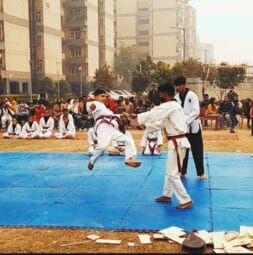 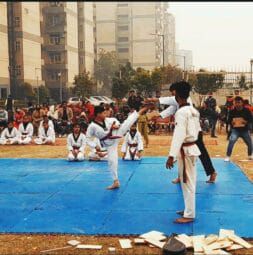 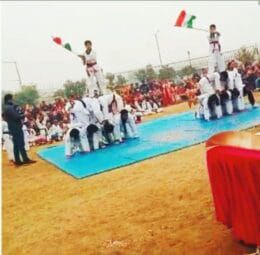