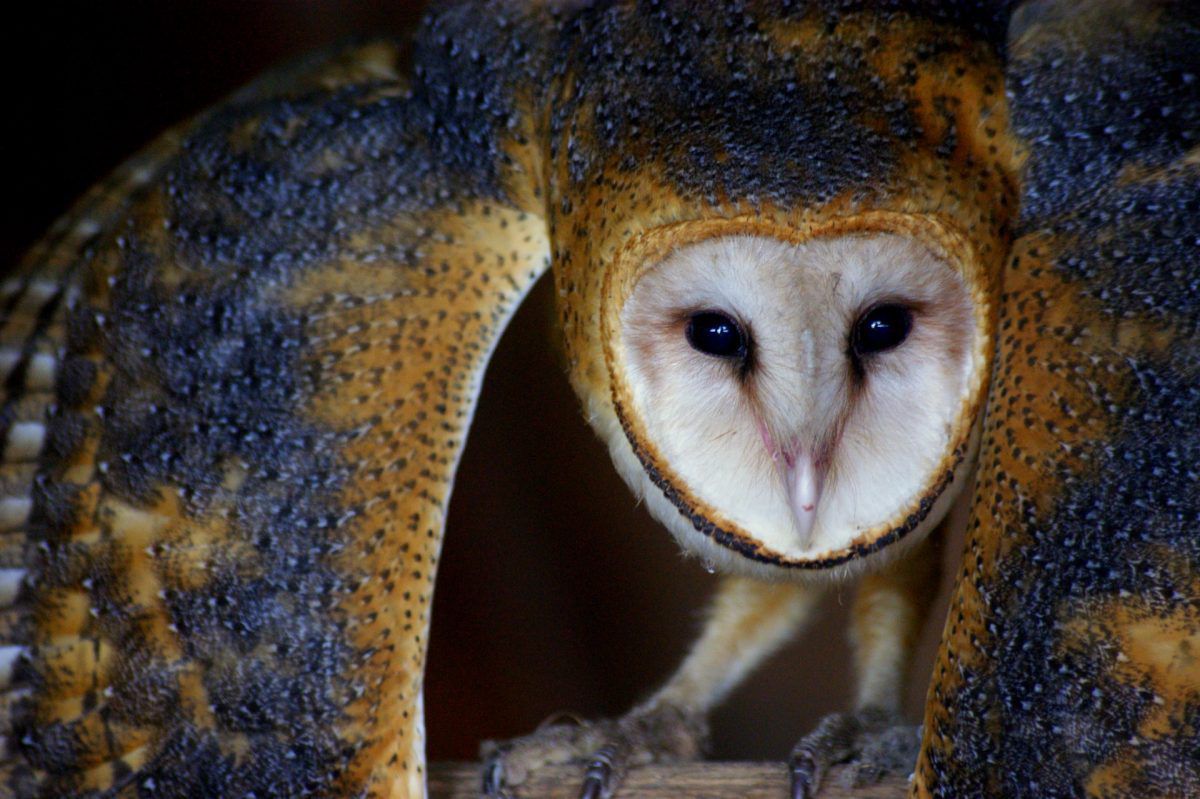 Snowflakes spun in the wind, dancing across the headlights on their journey to the ground. The road was turning deceptively white with powder, hiding the slick patches of sleet that had fallen earlier in the day. I studied my mom as she hunched forward, hands gripping the wheel, eyelids heavy. “We’re almost home,” she said.

We crept along, darkness enveloping us. We hadn’t seen another car in over an hour. I imagined this is what it would feel like to be the only humans left on Earth, searching for signs of life after everyone else had been obliterated by a nuclear disaster. Panic slowly rose in my throat until I registered the pallid headlights of an oncoming truck. Could be the last man on Earth, I thought, further entertaining my morbid mind. Wonder what he looks like.

The steering wheel jerked out of my mom’s hands. The tires had lost their grip on the icy asphalt. I dug my fingers into the seat and focused my eyes on the road, willing us not to fishtail and slide into the ditch. Mom quickly regained control of the car.

A feathered shadow suddenly separated itself from the inky black of night. It dipped in front of our car, rising only in time to glance off the windshield of the oncoming truck. It disappeared into the darkness. The truck continued on as if nothing happened.

“Whoa! Did you see that?” As soon as the words left my mouth, I knew the answer. Mom was already pulling over on the side of the road.

“Stay here,” she commanded. She threw the car in park, hit the hazard lights, and scrambled out the door. She hurried to the back and pulled out a towel and headlamp. Before I could object to being left behind, she was across the road and walking along the ditch.

It got to the point I could no longer see her body, only her light sweeping back and forth across the ground. I debated which was worse—walking around in freezing temperatures or waiting alone in the car for the last bits of my mind’s nuclear fallout to spread to my vital organs. I zipped up my jacket, pulled on my woolen cap, and got out.

I followed my mom’s tracks across the road and through the ditch. She was standing in a patch of tall, dormant winter grass, its weathered, broken tips poking through the snow.

“You were supposed to wait in the car,” she said.

We swept the area, our feet crunching through the top layer of frozen snow and sinking into a week’s worth of bad weather. My pant legs pushed up around my shins, leaving my socks to suck frigid moisture down to my toes.

“Is that it?” I pointed to a heap of earthen colors resting on the edge of Mom’s light beam.

We plodded toward the helpless soul. It was facedown on the ground. My mom carefully lifted the limp body, wrapping it her towel.

“I don’t know, but if it’s not, it could come around any second. We need to get it to The Box.

The Box was a huge dog crate that rode around in the back of my mom’s SUV for this very reason. Animal rescue. It had provided emergency housing for its fair share of creatures—dumped dogs, feral cats, orphaned opossums. Even a mysterious middle-of-nowhere rooster and a set of twin lambs destined for slaughter.

“I can’t believe that truck didn’t stop,” I said.

“They usually don’t,” Mom sighed. We hurried to the back of the SUV, the warm air of the interior blasting us as we lifted the rear door. “I’m going to open the crate and lay the bird next to it. I need you to stand beside me and hold the towel tight while I take a look at him. If he starts moving, we stick him in the box right away. Understand?

We worked together as fast as possible, but the cold was biting at my exposed skin. The wind whipped my cheeks. My fingers were numb. I had a hard time holding the towel properly.

“Don’t let go, don’t let go,” my mom muttered as she gingerly extended one of the owl’s wings, inspecting the feathers and feeling along the bones for damage. She tucked the wing back into the towel and did the same with the other one. Then, she rewrapped his body, transforming him into an owl towel burrito with just his spindly legs sticking out. I giggled at the sight.

“Look at those talons!” she said to me. “How would you like to have little butcher knives as toenails?” Satisfied with what she saw, she placed the swaddled owl in the crate and latched the door.

“Well, he’s breathing.” She flashed a smile. “And he still has all of his fingers and toes.” She laughed at her little joke.

“Ha,” I offered. It was all I could manage since I could no longer feel my face.

“He’s a little thin, though. Must be difficult to hunt with all this snow cover we’ve had.”

“Wha r we gon do wit im?” I inquired, trying to move my frozen lips.

“Warm him up in the car—just like you—and hope he comes around. Then we’ll put him in the barn and see if he can fly.”

It was close to 1:00 a.m., but adventure has a special way of slapping fatigue right out of a person. Mom and I were thawing out in the car, halfway to the barn, when the owl regained consciousness. I could hear him flapping around. The poor thing had no clue what was happening. It must be terrifying to go from flying free in the air to waking up in a cage.

We pulled up to the barn, and together, Mom and I carried the crate inside.

“The horses are going to be confused,” she said.

We turned on the lights, and sure enough, the horses watched us with sleep-squinted eyes, wondering if this was some sort of newfangled feeding schedule. I stood behind the crate. Mom crouched by the side, reaching around front to pull the door open wide. I realized I was holding my breath as I waited for the owl to make a move. But he didn’t.

“Just be patient,” she whispered back.

After a few minutes of moving his head in all directions, he hopped out of The Box and took flight to one of the rafters above us.

It was the first time I was able to take a good look at him. I’d never seen a barn owl before. He was not at all what I expected.

I scrutinized his unique features. He had a round head that seemed to make up half of his body. His eyes were as black as the night we had found him in. He stared directly at us, making me uneasy. The pattern of feathers from his eyes to his beak made him look like he had a long nose. His face was framed by a heart-shaped line of burnt cinnamon.

“Let’s leave him in peace to get his bearings. Maybe he can even catch a barn rat or two. We’ll come see if he’s still here in the morning.”

The next three days, whenever we visited the barn, he was perched on the same rafter, only occasionally moving his head to assess any changes in his surroundings.

“Are you sure he’s alright?” I asked my mom.

She shrugged. “Time will tell, I suppose. There’s only so much you can do for wild animals.”

I became used to his presence, his exotic look. I secretly wished he would stay in the barn so I could see him every day.

On the fourth morning, his resting spot was empty. I scanned the rafters, along with all the dark corners of the barn in which he could be nestled. He was gone.

“Look at this.” My mom squatted down and picked something brown off the barn floor. She turned to me, holding it in her hand.

“An owl pellet. You see the bones and fur?”