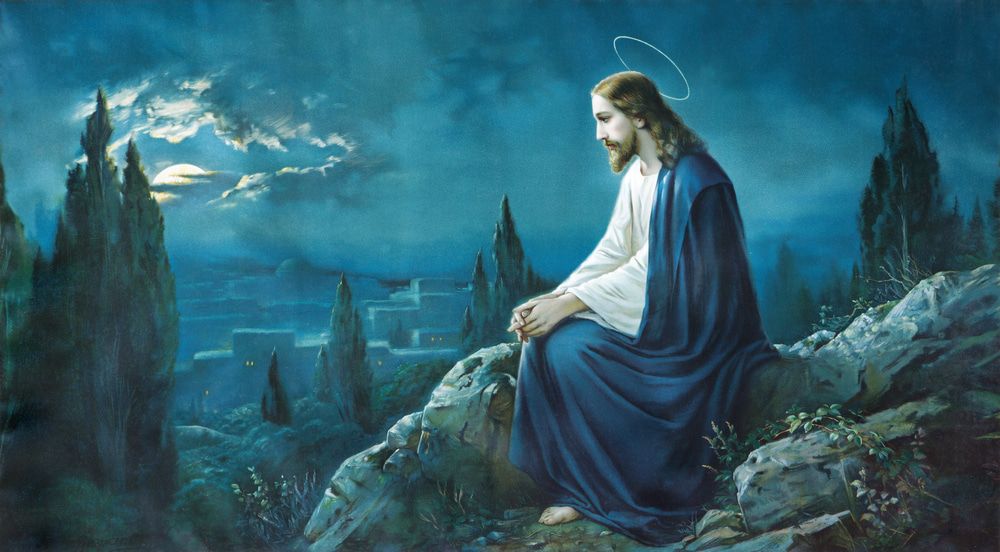 A few reflections on the life of Jesus

The story of Jesus Christ has always been close to my heart. Ever since my early childhood memories. Often I have tried to make sense of why a person so beautiful had to go through so many trials. As I share my thoughts, please do let me know what you all feel too…

As Jesus had the last supper with his disciples, he knew and predicted, “I tell you the truth, one of you will betray me.” And even though he told Judas that he is the one to betray him, he wasn’t angry with Judas. He only felt compassion and sympathy for him, as he said, “The Son of Man will go just as it is written about him. But woe to that man who betrays the Son of Man! It would be better for him if he had not been born.” Mathew 26:24

As Jesus went to Gethsemane, he was overwhelmed with deep sorrow, and he prayed, “My Father, if it is possible, may this cup be taken from me. Yet not as I will, but as you will.” Mathew 26:39 Though fully aware of what lay ahead, he didn’t ever ask, why me? He didn’t ask for any solution. He was fully willing to do what was required of him.

He asked his disciples to pray with him, but found that they fell asleep instead. “Watch and pray so that you will not fall into temptation. The spirit is willing, but the body is weak.” Mathew 26:42

He well understood the limits of the human body, that even though his disciples wished to stay awake, the basic needs of the body made them forget their duties.
The story of the disciples in Gethsemane rings true for all of us. We can so easily be distracted from prayer, worship, or a kind act by hunger, exhaustion,  desires, feeling too cold or too hot, thirst, pain, and even a persistent itch. The flesh shouts loudly when it wants something, and the ruckus it makes can easily drown out the desires of the spirit. Even when the spirit is willing to do whatever God asks, the flesh remains weak. The answer is just as Jesus said: watch and pray.

Jesus felt no anger towards Judas for betraying him. As Judas came with a crowd, Jesus simply said to him,”Friend, do what you have come for.” And Judas betrayed him for thirty silver coins, with a kiss. When the men step forward to arrest him, his disciples strike the servant of the high priest with a sword, cutting off his ear. And Jesus asked him to put his sword back saying,” for all who draw the sword will die by the sword. Do you think I cannot call on my Father, and he will at once put at my disposal more than twelve legions of angels? But how then would the Scriptures be fulfilled that say it must happen this way?” Mathew 26:52-54

Jesus never supported violence of any kind. And he dissuaded his disciples from any kind of violence, even when he was about to be harmed. He could have very well saved himself if he wished to. A person who could heal so many, perform countless miracles, and even raise the dead, could he not save himself if he wished to? But that wouldn’t serve his purpose. He believed in fulfilling the will of God, putting his own well-being and comforts behind.

What happened after that, we all know. Oh, my heart feels so heavy when I think of the cruelty inflicted on him. A person who had not done any harm to anyone is subjected to so much torture. His only crime was that he chose to go against what the society stood for. He refused to bow down to any authority other than God. And people who were jealous and afraid of him, conspired to put him to death. He was mocked at, laughed at. But that didn’t matter to him at all. And not once did he regret having chosen the path he was walking, nor the pain he had to go through because of that. He was crucified. A punishment which was given to the worst criminals of that time was awarded to him.
He left his body behind. But he came back again. To give us the message of hope. To tell us all that, no matter how heavy the burden we are carrying is, the burden will be lifted from us. He came back to tell us that there is no death. The body dies. The spirit never dies. Jesus continues to inspire us even today. To stand up for truth. To tread the path with hope. That he will hold our hands and take us to our father.