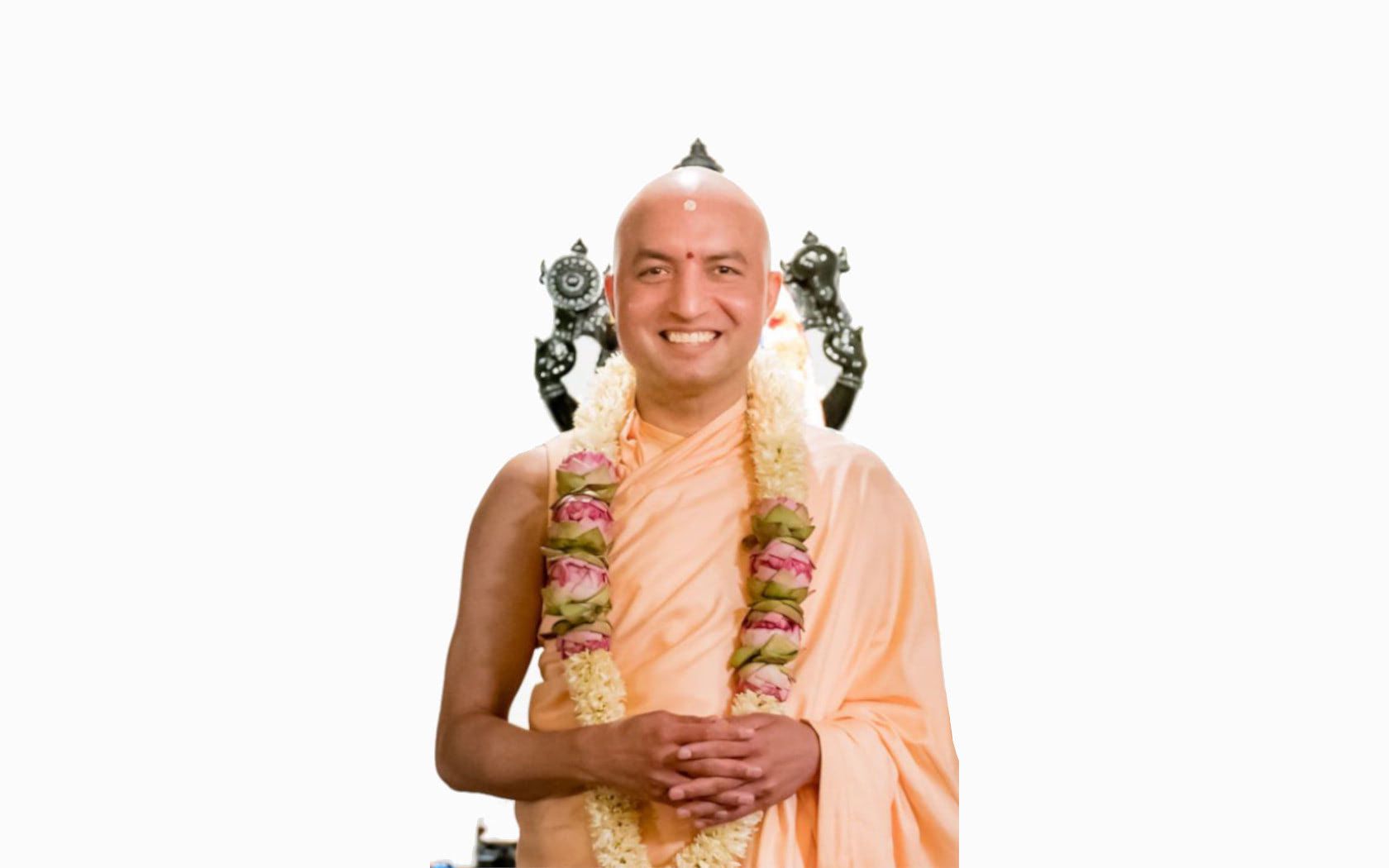 An Offering to Om Swami

In the recent editorial, Medha Shri had observed that I had published 106 posts in 2021. It came as a shocker to me that I had been so active (read mindfully talkative) on this forum! Anyway, I had penned yet another post on that very same day to bring the count to 107.

Many might know that 108 is a significant number in Sanatana Dharma, and for one, it adds up to 9, a number associated with Devi. Therefore, as a writer of Sanatana Dharma-based works, I desired to end 2021 with 108 write-ups. Taking the lovely Swati Gunwant’s suggestion (here), I’m writing this 108th post as an offering to Swami.

Usually, I’m never short of words, but I always struggle to write about Swami. To me, he is the Formless Divine, who is beyond anything words can describe. Hence, I decided to seek the help of the megastar saint Swami Vivekananda. Below is a poem he wrote for his Divine Guru Sri Ramakrishna Paramahansa, which I am offering to Swami.

There is a particular reason I chose this poem to offer to Swami. When the Divine revealed my past life to me, I discovered something intriguing. And, it had something to do with my beloved Swami. Sri Ramakrishna has honored his promise to his Sahadharmini and returned as Om Swami to liberate his spiritual children! Honestly, it doesn’t matter whether people believe me or not, but I’ve shared the Truth as I realized it.

A Hymn To Shri Ramakrishna
(Was written In Sanskrit)

He who was Shri Rama,
Whose stream of love flowed
With resistless might
even to the outcaste;
Oh! He who was engaged
In doing good to the world,
Though superhuman by nature;
Whose renown there is none
To equal in the three worlds;
Sita’s beloved,
Whose Supreme body of Knowledge
Was covered by devotion
Sweet in the form of Sita.

He who quieted the noise,
Terrible like that
At the time of destruction,
Arising from the battle (of Kurukshetra);
He who destroyed the terrible
Yet the natural night of ignorance (of Arjuna);
And he who roared out the Gita
Sweet and appeasing;
That renowned soul is born
Now, as Shri Ramakrishna.

With this, I offer all the 108 posts I’ve published in 2021 at my beloved Swami’s feet. I’m grateful to him for creating this fantastic os.me forum that motivated me to share my views and Truth. Further, I also dedicate all the love and respect I’ve received from my readers to him.

Swami, Tera tujhko arpan,
Kya lage mera?
Swami, I offer everything
You gave me back to you.
So, nothing remains mine.

Image Credit: I merged two pictures of Swami from Sri Badrika Ashram’s website to create this one. With the two hands of Sri Hari on his shoulders, Swami appears like Maha Vishnu in this! If you pay attention, Sri Hari’s crown shows a little bit on Swami’s head too.