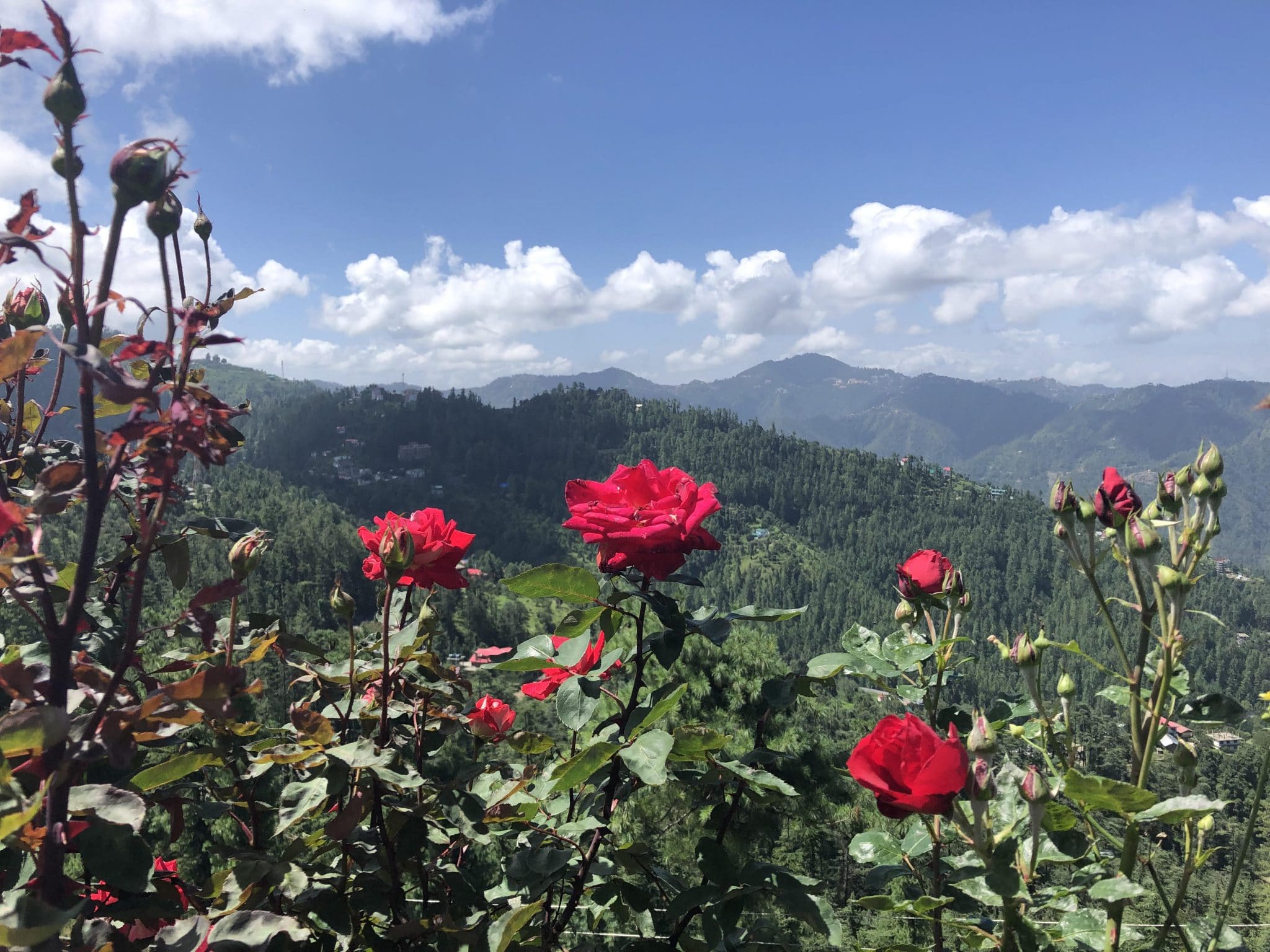 And The Bulbuls Sing

‘Nothing goes wasted here’, she remarked staring down at the dustbin, slightly perturbed by the unfinished rice thrown in surreptitiously by one of my adolescents. This was Rajkumari, my new helping hand making a statement, in a very matter-of-fact tone. I had just moved from Delhi to a small village in my hometown, on the Shivalik foothills. After having lived in large metropolitan cities for years, moving to the countryside was a most pleasant and welcome change; for at heart I have always been and will remain a small town girl. ‘Also keep a separate container for collecting left over vegetables, fruits, and chapattis for the cows,’ Rajkumari concluded pointedly. I nodded in agreement and decided to buy a small bucket at the first opportunity.

Big cities have their glitz, glamour and conveniences. But, people there also run hectic robotic schedules, meet deadlines, battle pressures and stiff competition at work and every day life. Clamoring for bigger, better and brighter rewards, individuals keep running an endless race. I have always wanted to get away from it…all of it.

Life here in the village, in contrast, is basic, intertwined and interdependent, a fact that I was to gradually learn and love. People are generally nice and eager to help. Some are quick at striking a conversation and laughing heartily, while others are quiet and shy. But most importantly, most are large-hearted and kind.

The village community comprises typically of the locals, the cattle, the stray dogs and the wildlife around. The villagers feed the strays, which in turn patrol the streets and roads warning of any imminent threat. The cows are cared for and provide the villagers with sufficient milk. The wildlife is respected as an integral part of Mother Nature and is thus in abundance, for now at least.
A mixed Himalayan stray fondly named Tintin by the locals, has taken quite a fancy to us and spends most of his day lounging in our verandah, while we enjoy his company, petting and feeding him.

The area around my front yard being lush and green is visited by a host of birds. Spectacularly colored sunbirds, robins, Himalayan bulbuls, white crested thrushes, wagtails, jungle fowls, ravens and parrots are the few that I can identify and then there are the nameless many, which I cannot recognize yet. The morning hours are filled with their incessant chirps and vocalizations, especially the bulbuls,’ sweet and short whistle song. Hopping and flitting amongst the branches, twigs and tangled thickets, they busy themselves in looking for a meal. A tiny black and white wagtail, fearlessly ventures right up to the verandah steps, despite Tintin’s daunting presence. The brown bulbuls, with light gray underbellies however, keep a safe distance while pecking at the scraps left over by him.

Tintin the great 🙂 , always expects a taste of whatever’s being eaten. This once it was an orange, a piece of which I deferred and gave him, only to be instantly rejected. It lay there neglected for some time, but on glancing out of the window as I went about my chores, I saw a few bulbuls hopping around and pecking away at it zealously. The next day, I deliberately placed another piece for the bulbuls, which appeared in a while for the treat. This became a routine and I eagerly waited each day for them to show up. Sometimes they would and sometimes they wouldn’t, but nothing went wasted, for it consequently became a meal for the numerous tiny ants. Nature has its way of balancing and recycling; all we need to do is, respect it, nurture it, and if that’s too much to ask for, then at least let it be.

Human overreach, with our unfettered wants and desires, is slowly disrupting the way of life in the villages. Greed is an affliction easy to contract anywhere and quick to spread everywhere. I fear the simplicity of village life might soon give way to materialism. Already danger looms large on the local ecosystem with extensive construction and loss of green habitat. Our villages are the last bastion between nature and rampant development, but how much longer can they hold out in the face of avarice; only time can tell.

“Out of my way Tintin!” said Rajkumari, jolting me out of my stupor. Tintin moved obligingly aside, as she went about her work. I noticed that the oranges I had left out in the open for the bulbuls, was being viewed with utter disapproval by Tintin. He seemed to be silently conveying the notion, that leaving of some biscuits instead, would have been a better deal.

My daily routine here usually starts with early morning walks on the road by the river. Pausing at certain points, I take in the fresh air and the delightful sight of the water rushing with carefree abandon in the valley below. While above, clusters of villages dotting the hillsides look like a page out of a picture book. Perfect? Well almost, for the landscape is crisscrossed haphazardly with electric wires and poles in glaring contrast to the natural beauty around. Farmhouses, resorts and cafes can be seen mushrooming in the hilly neighborhoods. My walking route at places is littered with empty beer cans, soda bottles, disposable plates, wrappers etc. Garbage disposable system in villages is generally non-existent. Nonetheless, the villagers can manage their own waste, but are unable cope up with the litter left behind by negligent tourists. In spite of all this, the mountains looming gloriously above the valley still manage to emanate hope and enchant with their sheer magnificence.

One morning, on hearing some hullabaloo, a neighbor informed me that a troop of monkeys was raiding a nearby field. There was quite a commotion with the dogs barking furiously and the farmers yelling loudly. The agile and clever primates somehow managed to outsmart the dogs and farmers alike, and made off with substantial loot in the resulting ruckus. Later in the day, on further inquiring, an old farmer casually replied, ‘oh they dug up and ate the potatoes’. I smiled back, amazed at his equanimity and nonchalance. Maybe, it’s this kind of acceptance that maintains the equilibrium between man and his environment in our rural areas, the pressures of development notwithstanding.

There is so much hope in the world. Wouldn’t simpler living contribute enormously towards conserving the exquisiteness of nature and the joy of being alive? I know it’s all so much easier said than done. Yet, as I walk up to the white picket fence, gazing up at the mountains beyond, sipping a warm cup of ginger-tea; the heart breaks into a silent song. The steady hum of the river flowing in the valley below reassures, that all is well…. that all is well here so far. However, only time and human foresight can ensure that this marvel endures…the forests thrive…the rivers gush…. the birds chirp…. and the bulbuls? And the bulbuls continue to feed and sing. Until then, welcome to this magic and cacophony.

Though a teacher by profession, have learnt much more than I could ever teach....yearn for each new day to uncover its marvels surprises and new lessons