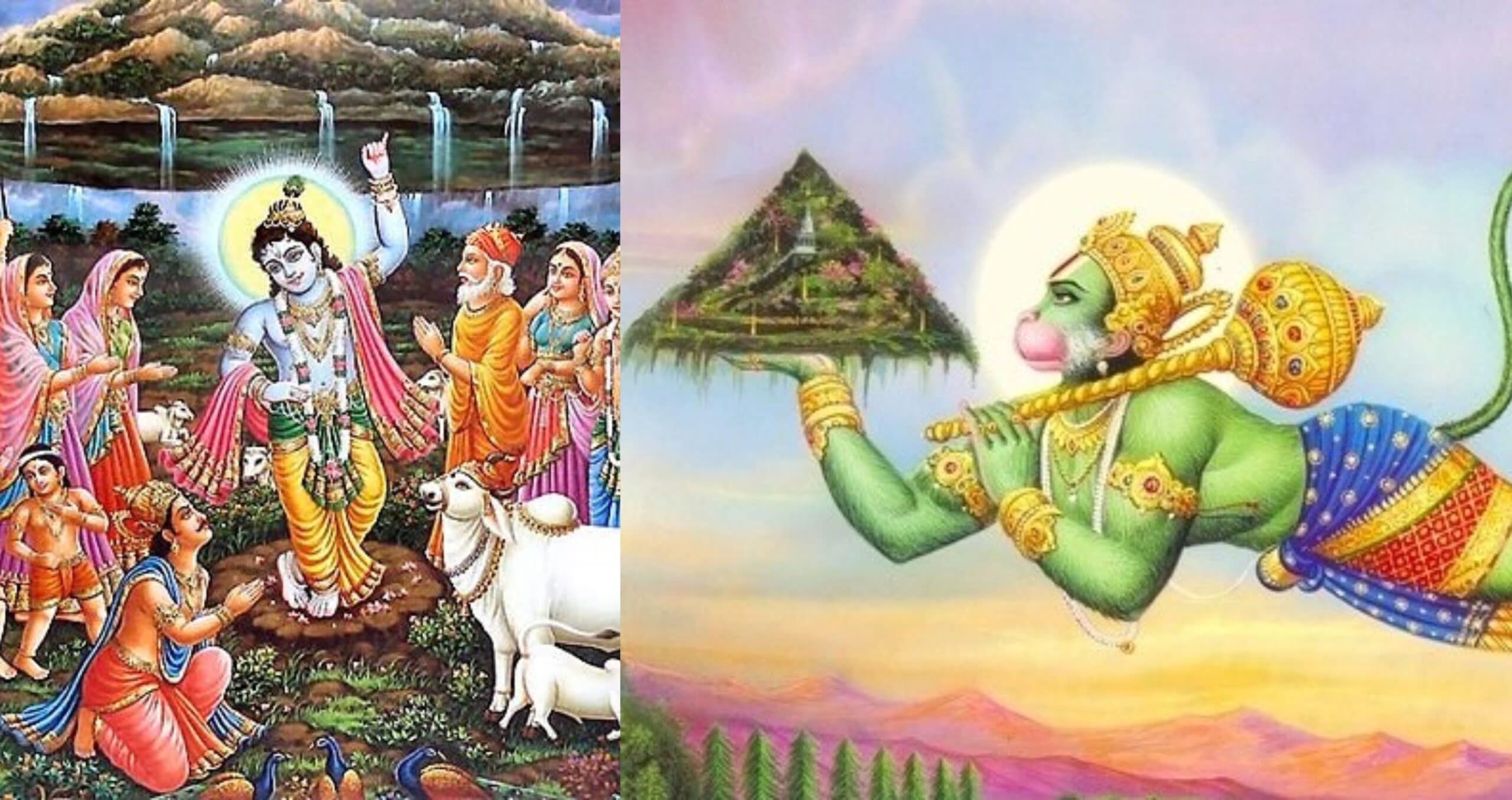 Before Krishna, Hanuman had Lifted the Govardhan Hill

Somehow not much is known about this beautiful event

Govardhan hill in Vrindavan is well known for its connection with Lord Krishna. When Indra, the rain God, was mercilessly pouring torrents of water on the village, Krishna lifted the hill on his little finger to give shelter to the people and animals of Vrindavan.

However, Krishna wasn’t the first one to lift this particular hill. In the previous yuga [age], Hanuman had done the same.

The story goes back to Ramayana to the point where Hanuman and the vanara sena [army of the animals] are tirelessly building a bridge, which is later named Ram Setu, across the sea to Lanka, so that He can travel to the place to rescue his wife Sita from the clutches of Ravana.

There comes a point where the team falls short of rocks to continue building the bridge. Hence, Hanuman, due to his powers, is given the task of fetching more rocks. Hanuman travels northwards and reaches Vrindavan where his eyes fall on the Govardhan hill. He instantly uproots the hill and carries it on his palm.

But during his return journey, he gets a message from his team that they no longer need more rocks as the building of the bridge is complete. Hence, Hanuman takes a U-turn to return the hill to its original place. While on his journey, he notices that the Govardhan hill is shedding tears and is feeling disturbed.

When Hanuman confronts Govardhan, he gets to know that the hill is sad and heartbroken to have not get a chance to serve Lord Ram after coming so close. Hanuman feels bad for Govardhan. He personally asks Ram to see if he can take the services of Govardhan as it is heartbroken.

Ram refuses to take Govardhan’s help at that moment. However, he promises the hill that in his next birth as Lord Krishna, he will not only spend 11 years living near the hill but will also lift it for seven days on his finger. Govardhan gets a new lease of life and it instantly becomes cheerful; eagerly waiting for the day when the Lord will live around it.

This beautiful event is somehow not known much. It was recently narrated by author Shubha Vilas in his sixth and last book in the Ramayana series.

This wasn’t the only time when Hanuman lifted a hill in Ramayana. The second time it happens during the war between Ram and Ravana. Laxman gets severely injured and Hanuman is asked to bring special herbs from a mountain in the north. As Hanuman doesn’t know which herb he should pluck out, he carries the whole mountain with him.

Interestingly and weirdly, Hanuman earns the wrath of the people for rooting out their dear mountain. In fact, people from that particular village, which now lies in Uttarakhand, are still against Hanuman, so much so that they don’t include his character in the Ram Leela [stage performance of Ramayan] each year