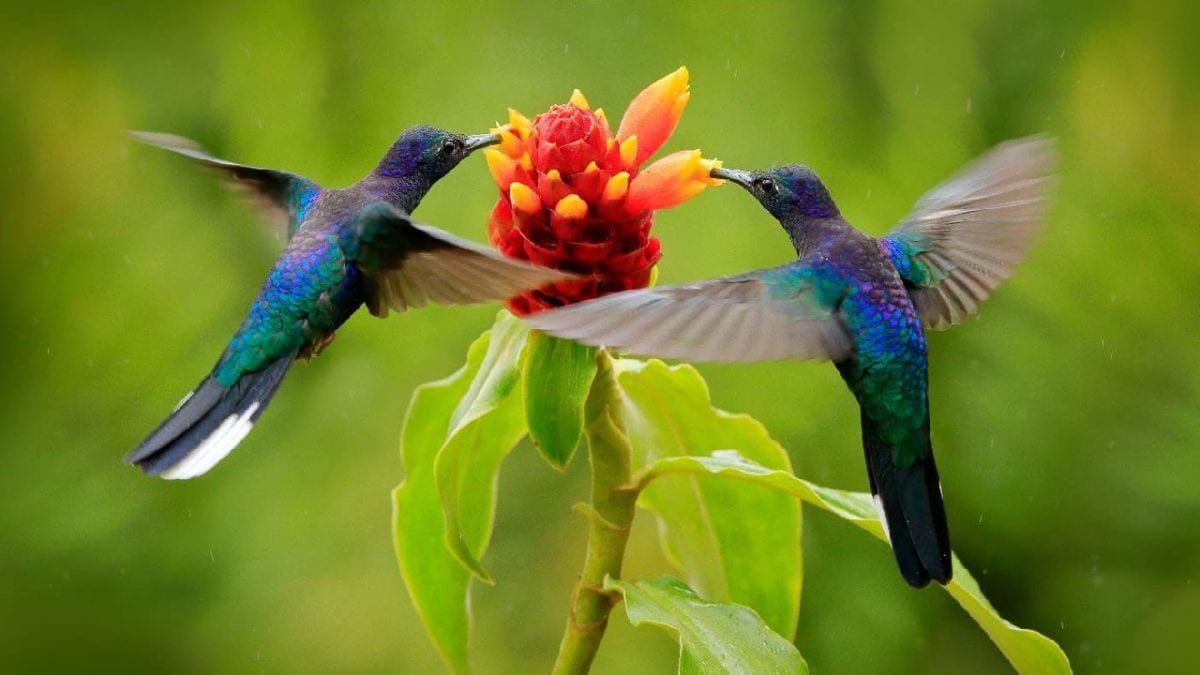 How Guru's grace helped a bird in distress

It was back to work after the Christmas holidays and I was busy organizing things to prepare for the month end close.

My wife came hurriedly to inform that our neighbors were calling out for us to help in rescuing a bird.
Our entire family ran to the terrace to see what we could do to help. There was a pigeon hanging upside down from a coconut tree with a thin but sharp thread holding it.

It was about 30 feet above us and we tried many things to reach it and free it from what was holding it up in the air.
Our neighbors helped by providing us long sticks.  My brother and a tall neighbor climbed on top of a stool but still couldn’t reach the bird.
All of us were getting desperate and were considering calling bird rescue people. The bird was struggling to free itself too and it was probably stuck there for several hours already.

I started praying fervently to Swamiji to save the bird. It was getting dark and we were running out of options.

Someone pointed out that the other end of the thread was visible and using those long sticks we were able to get hold of it.
I tried tugging at it and was hoping that it would help free the bird. After several attempts, the thread got separated from one of the coconut branches.
However, one end was still stuck with the branch and I was holding the other end with the bird stuck in between.

It was a tricky situation as the more I pulled, the bird could get hurt. I was also concerned that if the thread got cut between me and the bird, then it would complicate matters further.
With yet another prayer, I pulled the thread a little harder and lo and behold, the bird came down.
Thankfully, it came down right between the two houses and didn’t land on the floor. I was still holding one side of the thread and pulled the bird back up to my terrace.

The thread was all over the bird’s wings and legs. My wife brought the scissor and I managed to slowly and delicately remove almost all the threads from its body. All the while I was chanting Swamiji’s name.

Understandably, the pigeon was scared but didn’t do anything while we were removing those sharp threads. I noticed a little blood on one of its wings, don’t know if I caused it or if it was the result of its struggle to escape.

My kids tried to feed water and some grains to it. We were worried if it would be able to fly again and how much the cuts were hurting the little creature.
The bird was too scared and went in to a corner of our terrace. When I went close again to help, it moved away, perhaps scared of so many people around. In a matter of minutes, the beautiful pigeon managed to fly away. My family was so ecstatic that we all started clapping. I managed to take this picture before it made its move.

I got back inside the house and thanked Swamiji profusely for helping the bird with tears in my eyes. This is just one of the many miracles I have experienced through his Grace.