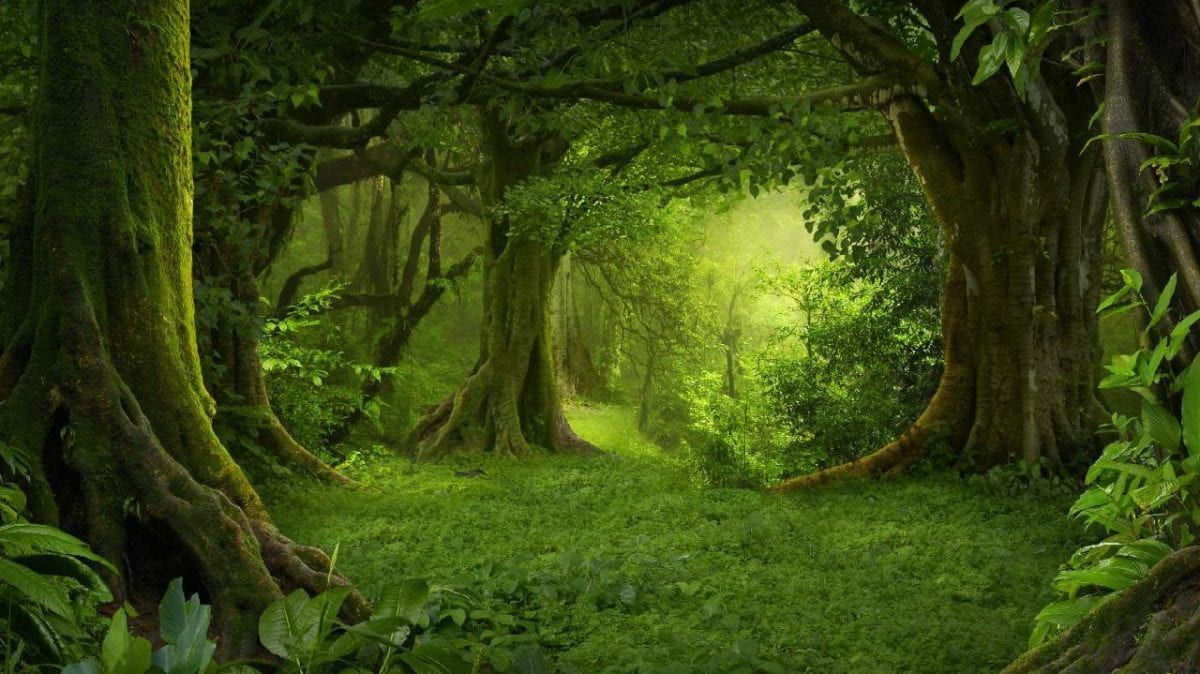 “Not all those who wander are lost.” - JRR Tolkien

I love the fantasy fiction genre and JRR Tolkien is one of my favorite authors. I am going to use one of his quotes “Not all those who wander are lost” to describe my spiritual journey as I found my way to Swamiji and Sri Bhadrika Ashram.

I am Akshay Iyer and my Tamil brahmin upbringing meant that I was always surrounded by spirituality and religion. We lived in the government quarters in Sarojini Nagar – Delhi and were walking distance away from Sri Vinakaya Mandir. My mother went to the temple every day for most of her life and did 108 parikramas (circumventions) of Lord Ganesha for more than 20 years. I learned Hanuman Chalisa as a child and would sit and meditate on Lord Shiva without anyone telling me to do it.

I grew more interested in sports and reading as I grew up and would visit the temple occasionally during school days. Since my mother went there every day all the priests and staff knew us and the temple became a second home.

I finished school and managed to get admission in a small engineering college to learn information technology. My mother asked me to volunteer in a temple in the evenings. Those turned out to be the most beautiful four years of my life. We would reach the temple in the evening, do our prayers, distribute prasad at the end of the day, and help close the temple. We also picked up administrative duties and helped out during large religious events. 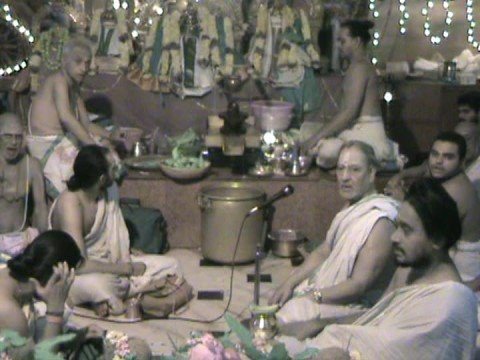 I remember just listening to Devi pooja as priests from all around India conducted Chandi Homam and just subconsciously absorbing it. The sound of mantras and bhajans just lifts me up even today. I distinctly remember when I helped cover the shivalinga with rice, fruits, and other vegetables and how divine it felt to participate in those activities. College was coming to an end soon and I was lucky to end up with a job just as I was passing out. One of the priests in our temple pulled me aside one day and said “even when you forget or abandon the lord Ganesha, he will never forget you. ”  The sentences were prophetic and would turn my life around in the future.

Rolling out the Atheist

I passed out of college, changed cities, changed a couple of jobs, got married, and got introduced to YouTube videos and Ted.com. I immersed myself in the worlds of philosophy, neuroscience, behavioral economics,  and other domains.  I read books written by academics and started considering myself to be a person of logic. It was a subconscious transformation. Most of the people I read and followed were now atheists and I started mirroring their thoughts. I grew more arrogant and would show off this acquired knowledge at any given opportunity. I also started developing a very negative world view and this culminated in a combination of TB and depression. I got treated, met a psychiatrist, and started getting better. I remember my aunt giving me some very good advice. She told me to start by accepting myself and not work so hard on changing my fundamental self. 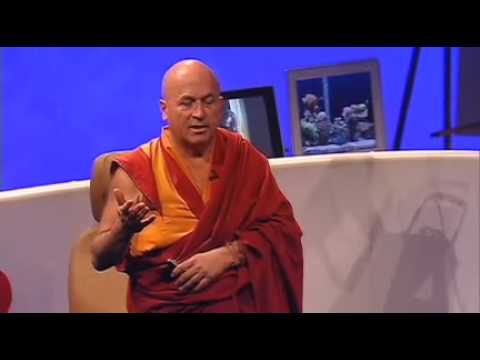 I started again as I embraced some great ideas I discovered during my atheist journey and combine it with my learning from spiritual books by writers like Thich Nhat Hanh, Mattieu Ricard, and Eknath Easwaran.

The Search for a Spiritual Guru

I started my search for a spiritual guru and spent a few years attending workshops, yoga classes, and sessions by a couple of India’s most popular gurus. It was really nice but I would oscillate and somehow never commit myself completely. Something was holding me back and I did not feel comfortable with the level of commercial involvement and recruitment activities conducted by them.

I was browsing through books one day and a book with an orange cover just caught my eye. It was Swamiji’s autobiography and I read the bio and kept it down. It happened a couple of times in the next few months and I finally picked it up and started reading it. The book opened my eyes to the possibility that someone living in our times has had the ultimate realization and its a possibility. It would listen to a few videos whenever I got a chance and I finally made up my mind to travel to the Ashram during Guru Purnima 2019. The first day was a regular day and it was nice to see Swamiji in person but my mind was still distracted. My mind was constantly jumping from one point to another commenting on something or the other. I felt small and polluted to have such negative thoughts in front of someone I hoped to make my guru.

The next day I gathered up my courage and asked him a question about how someone who wishes to be his shishya could be deserving of his love since many times my actions and thoughts are not pure. He looked at me and said that he never judges anyone and no one would be here in the first place if they were not supposed to be here. His answer made me feel as light as a feather. He responded to another question on Tantra by saying that he always speaks the truth and he would never ever let anyone of his spiritual family down by actions that they would consider embarrassing since Tantra did involve some things that were frowned upon by society.

I knew that I had come home. The ashram library was inaugurated on Guru Purnima and I spent the next day just lounging there and reading anything I could get my hands on. As I left the Ashram, I knew I was going to be back next year.

The Love For My Guru

I had accepted him as my guru and really hoped that one day I would be deserving of his grace. If he did not that I would go the Ekalaya way and pray to him every day at home till he thought I was ready. The registrations for 2020 opened in January. I was attending Swamiji’s Bangalore Astrology camp when a friend told me about it. He also told me to be honest and just write the answers without thinking too much. I did just that and prayed to Swamiji to accept my offering.

I came back from the camp and was struggling to do my daily pooja to Sri Hari and Swamiji due to lack of will power and discipline. I remember walking to the supermarket and wondering how I even expect to be his shishya if I cannot even do 10 minutes of mindful prayer every day. Suddenly a thought entered my head. “I need god and guru the most during troubled times and my life seems to be going easy at the moment. If Swamiji does accept me know, I think I will need him a lot”. I remembered smiling and thinking any trouble is worth having him as a guru.

A couple of days later my 93-year-old grandmother went to answer the phone as I was singing Sri Hari Aarti and fell down. I use noise-canceling headphones so I could not even hear her cries for help. I heard vague sounds and realized she is down and calling out for help for the past 3-4 minutes. She had fractured her thigh bone and needed surgery. My mom who was on the other end of the phone felt so guilty that she ended up with depression and was admitted to the hospital along with my grandmother. The next few days were a blur of hospital visits. As I went through all that, I remember smiling and thinking that my application has been accepted. There is no way my guru is letting me deal with this alone.

It was midnight and the date was changing from 10th to 11th February. It was my marriage anniversary. I got out of bed for some reason and picked up my IPAD to check my email. Swamiji’s email ended up bang at midnight informing me that he has accepted my application and I can come to the ashram to get his blessings and begin my journey as a shishya. I had tears in my eyes as I rushed around the house not wanting to wake up anyone and not knowing how to express myself. Even when I told a couple of close family members about it, I held myself back. How could one explain what it means to be attached to Swamiji? The bees buzz around flowers, collect nectar and make a hive. Can they explain to anyone the joy they get out of collecting nectar and making life sweet for so many people?

I am now waiting for the lockdown to end so that I can rush to the ashram and fall at Swamiji’s feet and start my journey.

Opening up OS.me has been a blessing because it allows me to find a sangha or a group of like-minded people who will understand the joy and the ecstasy of having and loving a live guru.