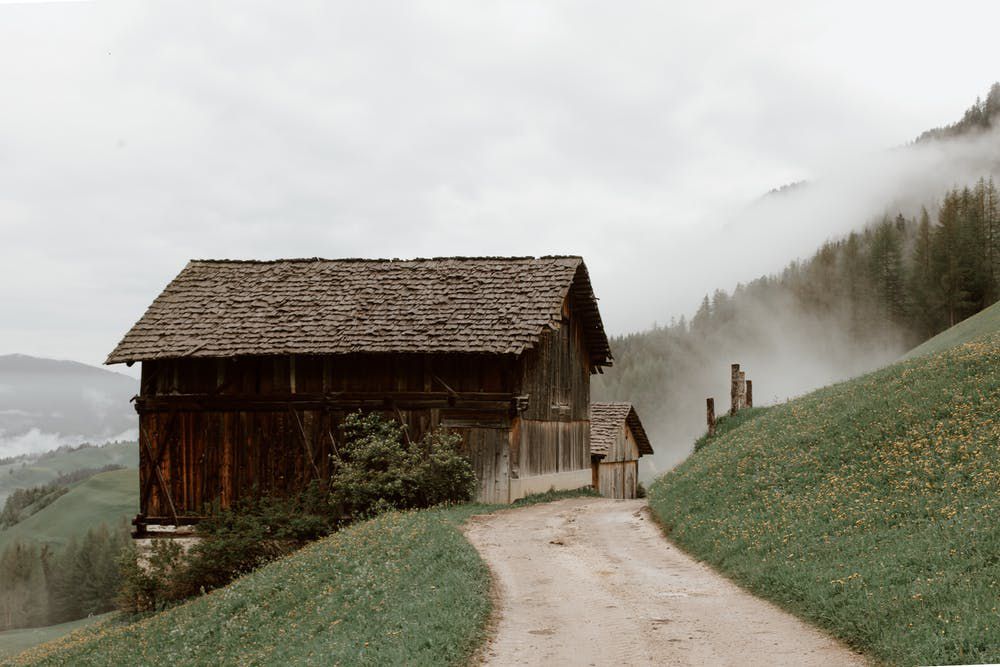 How would it be, if you are stopped in your carefully managed, simple routine life, and slapped with a Covid-19 positive report accusingly pointing at you?

Well, that’s what I stared at, after two days of fever.

Just a fortnight back, we had lost the youngest and healthiest member in our Satsang group, unexpectedly to Covid. For more than five years, we had been meeting every week at my residence, to read and discuss Vedic and spiritual scriptures like the Bhagavad Gita. And with lockdown, it turned to video conferencing. The original group of eight senior citizens had been reduced to seven, a year ago. And now to six.

Panic gripped all of us, at the sudden turn of events.

The biggest dilemma was whether to get admitted to a good hospital or be treated at home. The debate raged. Age and a bypass surgery one decade ago were against the latter.

I was, however, lucky to get connected to a very good doctor who handles Covid patients through tele-conferencing and tracks progress. After going through my blood and other reports, he was clear that immediate hospitalisation was not called for. His medications and instructions would take care of it. However, he was also clear that if any of the critical parameters began dropping, he would press the button for me to be hospitalised.

It was then that the enormity of the situation hit me!

At the slightest turn of events, if some parameters behaved unexpectedly, like the oxygen levels going down, I could be whisked away in an ambulance to a hospital — and maybe like my Satsang friend — never return. It was as simple as that!

I decided to act here and now with whatever time I had. Fortunately, meditation, various pranayams, and simple yogic practices were a part of my disciplined life, thanks to my Guru. I began intensifying these.
During my travels in the Himalayan region — Kailash Mansarovar, Kedarnath, Hemkund Sahib, Amarnath and many others — I had often thought of spending time in solitude. And even tried it out at Swami Dayanand Ashram, Rishikesh, and other places.

Why not grab this opportunity to experiment in solitude?
I cut off all calls, WhatsApp and video messages except those from my family and doctor. Newspapers and TV were distant to me anyway. All communications with immediate family members and the doctor would be through messages or tele-talks for critical instructions related to Covid care.

How much do we need? How much do we ‘see’?
I got myself quarantined in our self-contained guest room with just the basic requirements, leaving behind an overflowing wardrobe, toiletries, music gadgets and whatnots.

I sat down in deep thought, now that I was alone. How much do we really need? Our wants are endless: better cars, bigger houses, fashion apparel… The list goes on. And in the final journey all that goes is a bamboo stretcher and a borrowed white cloth. Somewhere in our chase for these material things aren’t we missing out on something bigger for which this life was gifted to us?

Outside our house is a thick foliage of trees all around. Many had even commented that we really had a treehouse. I started spending more time just gazing at those trees. Close by were two beautiful coconut palm trees piercing the clear cloudless sky. Gazing at them now, I could even count the number of coconuts as the broad leaves swayed pleasantly in the breeze, playfully nodding. They were letting the wind do what it wanted, without offering any resistance and also enjoying it! They were flowing with Nature. Are we doing so?

Next to it is a tall sturdy mango tree standing stoic as a pillar — a silent spectator to all that was going on. The leaves of another, which were glistening in the morning sun, suddenly drooped and closed for the night after sunset.

Why had I not observed these silent plays of nature before? How much do we really ‘see’? As William Henry Davies said in his famous poem, Leisure:
‘What is this life if full of care
We have no time to stand and stare’.

Well, I needed a quarantine to “stand and stare”!

Ambitions, goals, wealth, material luxuries are all important but unfortunately they quickly take over as life’s priorities. What use are they if we do not have the time to stand and stare — stare at the blossoming flower, at the chirping birds, at the gurgling rivers and ever changing hues of the mountains. Or just the changes in nature around you.

Mother Nature had been extremely kind to give me the opportunity to be close to Her, time and again, and yet there was still so much to see and learn.

I had been holding on to some good company’s shares for several decades. They had grown steadily. Often it occurred to me to sell them off and close the account so as they not be a problem for my wife or daughter — what with ever changing passwords and systems. But I never really got to doing it. I would sell off some shares but a bonus or rights issue would be around the corner or the prices would go up. So I’d wait. And then, these companies had stood so much by me in difficult times! How could I just disconnect with them?

But now in this situation, things were clear. That evening, I quietly sat in front of my laptop and sold off all the shares at a rate slightly lower than the day’s closing, so that the chances of their sale would be better. And sure enough two days later, I was sitting pretty with all the shares sold, and great peace of mind.

Do I say ‘Thank you, Covid’ for the final push?

Why do we hold back in our giving, knowing fully well that we take nothing when we go? What is that powerful attachment? Khalil Gibran’s famous quote from The Prophet came to my mind:
“...Give now, that the season of giving may be yours and not your inheritors‘. What a powerful statement!

I have realised over the years that the more we give, the more we feel like giving. It’s contagious in a good way.

Having a headache? Pop a pill:

I woke up at 12 am, on the third night with a splitting headache. My first reaction was to reach out for a painkiller. But wait ! Was it safe? What would its effect be on the other medicines I was taking. And my doctor had told me not to deviate from his instructions without speaking to him. How could I disturb him at this hour with such a question?

I decided not to. Instead try out pranayama and deep breathing exercises for some time. Fifteen minutes later, my headache had reduced to something manageable and half an hour later it was completely gone! The same thing happened the next afternoon with similar results, and again two days later.

I sat down and contemplated on the vast array of yogic wisdom passed on to us by our ancient Sages, now being lapped up by the West while we fall prey to the modern quick fixes, which are harmful in the long run.

The power of mauna:

I got onto the sixth day and announced that I would be in the mauna for a day. The reactions were very strong: why now of all times when feedback on health was required at all times. Well, messaging was there anyway —I said.

Taking the decision itself seemed to empower me. As I sat in meditation later, I felt calmer and the thoughts were fewer. My mind, which has a habit of running helter-skelter, seemed to know that I meant business. It was quieter and I could concentrate better.

Wow ! If one small decision could achieve this, then how much more could be attained with purposeful discipline in solitude.

A game with my mind:

Millions of thoughts, pertaining to the past or the future, race through our mind continuously, distracting us and weakening our concentration. The more we try to control our mind, the more it runs berserk. I decided to make it my partner while I sat watching my thoughts. Just like the President — watching and saluting the Republic Day parade without any involvement or reaction. Just being an observer.

It was amazing! The more I watched, the more the thoughts slowed down until I was sitting with practically no thoughts for a few seconds. But the moment I was distracted from being an observer, they began racing down again. It was then that I realised the great teachings: thoughts are just thoughts. They have no power if you don’t pursue them. But then, it’s easier said than done. It’s so easy to get carried away by your thoughts, just like a leaf gets carried away by a flowing river. I realised how far away I was, from that true observer state.

It was now over fifteen days of quarantine and imposed solitude. Even though being in the thick of urban life, I had no idea of what was happening in the outside world. Agreed, this was nowhere near the solitude one would experience being in the mountains or forest. But still it had afforded a peek into what could be in store.

The disciplined activities of meditation, breath-work, chanting, along with the other practices and medications were beginning to bear fruits. The temperature stabilised and so did the other critical parameters. Emergency hospitalisation now seemed a distant past. Solitude turned out to be an enjoyable experience rather than a forced practice. There was not a single moment when I felt bored, frustrated, or depressed. In fact, I was enjoying my own company. By the Grace of my Gurudev and the prayers of all, I seemed to be emerging victorious over Covid.

But was it really a victory or another new learning, as the final chapters of my life unfolded? Life would never be the same with the teachings Covid had imparted.

In the final analysis of the Covid-induced quarantine, it dawned clearly that problems would come unexpectedly as life throws different bouncers at you. What matters is how prepared you are to face it — physically, mentally, emotionally and spiritually. But what is more important in such times than anything else, is the undiminished love and support of your close family, the unblemished prayers of those around you and above all — the divine blessings of your Guru.

And I had the good fortune to have it all in good measure.

A Nobody , who has found his bearings and yearning to become Somebody at the Lotus Feet of his Gurudev. 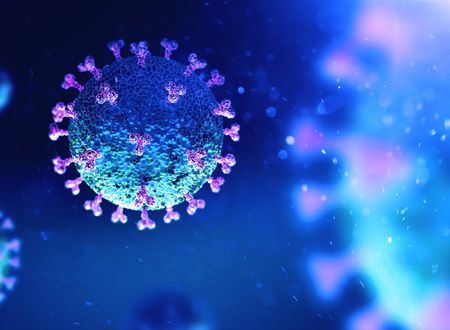 COVID-19 and A Beautiful Life