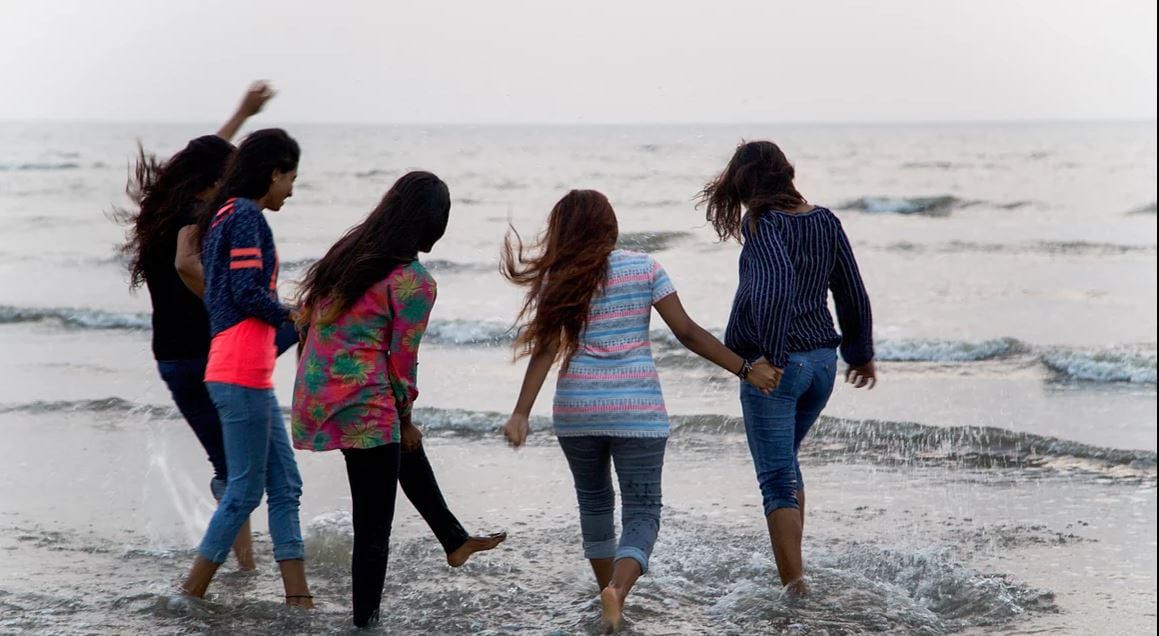 Does God Really Needs Our Money?

Or is He above all these materialistic offerings?

It was around 5 am, I guess, I dashed towards the temple. My cab for the airport was already waiting for me. I wanted to say a quick goodbye to Shri Hari before leaving the ashram after the Diwali event. When I was about to leave the temple I noticed one gentleman putting some money in the donation box. A thought came to my mind. Maybe I should also put the only 500 INR note that I knew sat in my wallet. I looked at ever-smiling Shri Hari & joked,

“You don’t need money, You are already so rich :P”

Shri Hari kept smiling silently as if He got my joke. So it was established that He doesn’t need my money as He is already rich, moreover, He is above all these materialistic things. Shri kept smiling.

I hurried out to not make the cab driver and the other fellow passenger with whom I was supposed to share the cab, wait for long. Sharing a cab is quite awesome as one gets a good company and also saves money by sharing the bill. We started our journey, it was still cold and dark outside. I greeted my fellow passenger. We started discussing last evening discourse where Swamiji talked about being spiritual vs being religious. I noticed her polished American English accent. “So where are you going?”, I asked her. “Mumbai”, she replied. “Wow, I am also going to Mumbai. What time is your flight?”, I asked. It is quite interesting to find devotees from your own city. Maybe somewhere we think that we could catch each other again in our city. So that we would experience the same joy we experience at the ashram in each other’s company.

She said she wasn’t flying and has a train to catch from Kalka at 10:30 am. “Oh!” I nodded. Now as many of us, newbies on the path of spirituality have the old tendency of judging people. I thought is she one of those NRIs who want to travel by train to see the real India. Otherwise, why would anyone waste their time on long & not so comfortable train journeys? And me being myself, so curious to understand her rationale, asked her this exact question. “I want to save the money,” she said. Now I realized, maybe it not the best thing to always have an opinion of someone beforehand. We continued talking. I bored her by explaining how I find the similarities, that I have noticed, between astrophysics and the things mentioned in our scriptures, so fascinating. She told me about her past life in the states where she worked in the US airforce. She also started explaining about her NGO working for the young girls rescued from human trafficking in India. How most of the other NGOs and government schemes get them out to only learn making pickles and baskets with which they could barely manage to survive. Because of which most of them are forced to fall back into that darkness. She explained how they try to homeschool them. She told me how two or three of her girls are now studying abroad on scholarships. How one of them managed to become a school teacher in India. I was deeply saddened by hearing the pain these girls have to bear even after being rescued. How one girl was so traumatized that she had bite marks over her body. And therefore they have to conduct therapies for these girls for them to overcome their painful past & that is quite expensive. But I was also delighted to hear about the work these guys are doing. I was so touched by the hardships they have to face in their day to day work. How difficult it is for them to manage monthly expenses. Another example she gave me was that it was so difficult for them to get a place to stay in Mumbai. As soon as the owner or the neighbors get to know about who these kids are they have to leave that place. So after every few months, they are at some new place. I asked her if they have considered moving away from Mumbai, as housing in Mumbai is super expensive. She explained to me how that is not an option for them as being in Mumbai helps them to conduct stage plays for fundraising.

By this time, it was light outside. Traffic was slowly building on the road. People on their morning walks were now replaced with innocent students, diligently going to their school, reminding me of my days. I asked the cab bhaiya to please stop nearby any ATM so that I could get the money to pay him. Coincidentally, she also wanted to withdraw the money for the same. We both left to get the cash, I returned first. I handed the driver the fare, my share, and hers too. She came a few minutes later & offered her share to the driver. He declined and she was so touched by my act. I told her that this is nothing compared to her contribution to make this world a happier and better place. Her time, efforts, giving up her whole career, good & comfortable life of a developed western country to revolutionize the lives of these girls.

I realized maybe this world needs people like us who could gather some material wealth. So that we could support those who have given their whole life to such causes. Not everyone has to be a sanyasi, we need people to help people like Robin in making this world a happier place.

Suddenly I remembered the smiling face of Shri Hari, I understood, He wasn’t smiling at my joke but His own reply “I’ll take it when I’ll need it!”

So maybe that God whom you have casted in a stone to take away your misery doesn’t need your money, but those gods who are working to take away others misery might!

1. I would request you kind people if possible, please support these guys, they really need help. If even 40 of us could pledge 1000 INR per month to them, it might not make a big difference to us but surely to them. More importantly, last evening I heard a very enlightened being saying “Agar Sanatan dharam me janm liya hai to yagya, tap aur daan ka tyaag nhi hota Kaunteya!”
2. Or maybe at least, whenever we do any sadhana (say Navdurga sadhana) we could donate that money to such causes.
3. This post is also dedicated to our new editor-in-chief in the town, reading whose post I was so chuffed (had to Google this word :P) that I thought of writing a new article, hence this.
4. Those who missed the NGO link, here it is again.

Wish you all a very Happy Diwali!

53 Mantras in Sri Suktam
Courageous Coins: A Journey to Fill the Void