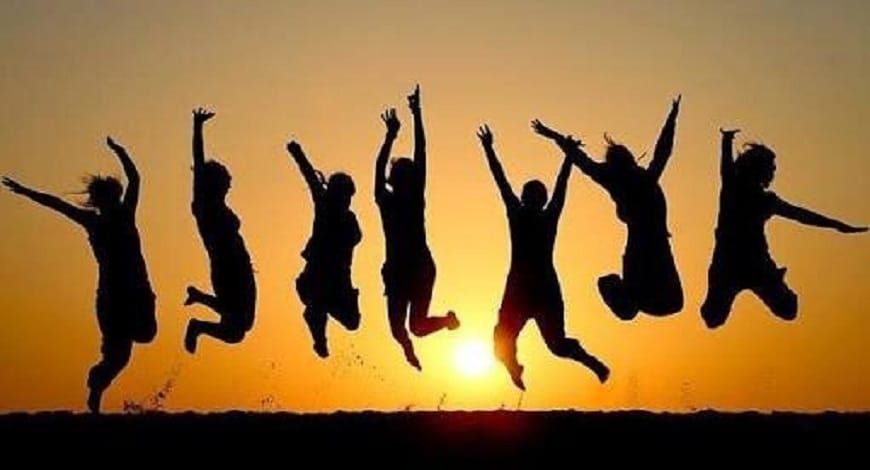 For me, friends are most important part of my life and reason behind that is I have best friends in this world.  I may not talk to most of them regularly, but I know they are there for me and I am there for them whenever we need each other. I get really emotional whenever I talk about them. For the last few months, I am experiencing worst emotions in friendship or you can say I called some wrong people friends. But, I know, I should give up and move on. It is the hardest thing to do, but sometimes we have to do so for our mental peace and as well as theirs. Today, I will tell you my story of real friends and this post is going to be a long one, but I need to share. I will not use real names with a view to keep anonymity.

It was more than two years ago, when I was staying in a hostel. One evening, I received a call from my sister that my maternal grandmother, who had brought us up after early loss of my parents, had fallen sick. I requested some of my neighbors to take her to the local hospital; meanwhile, I would reach there.  When I reached the hospital and saw her lying on the bed unconscious with one side paralyzed. I had no idea what to do. I only knew I had to take her to a city hospital. So, I requested the neighbors to take us to the city where my hostel was situated. When we were on the way, I received a call from one of my friends and she enquired about my leaving early? I told her everything and she said that she would be sending some boys of our class to the hospital in the city. It was nearly 8:00PM when one of my friends reached the hospital, even before we had reached. He helped us with the admission process and in settling down, although, we were not having the best of the terms in the class. We used to regularly fight in the class, but I really felt good and emotional the way he managed things.

After an hour, three more classmate friends came. They stayed with us the whole night. None of us slept for a minute that night. My granny had brain hemorrhage. Doctors shifted her to the ICU. The village neighbors gave me some money and left after midnight. Nearly, at 1:00 AM some of our relatives came and they saw the condition of my grandmother. They opined that there was no point in their staying at the hospital for the whole night, as Nani was in ICU and I had company of my friends. Then I requested them to take my younger sister with them. Now, my three friends and I were left in the hospital.  That night while sitting on a chair, I talked with my close friend and told him that I had no money and I did not know how I was going to pay the hospital bills, although, I had a hope that Swami ji was there for me.  My friends said don’t worry, we will manage. In the early morning, one of them went back to hostel and came back in the afternoon with Rs.50,000.  All of my classmates and university friends and teachers had contributed for raising this money. I had no idea what to say. I told them to keep the money with them and take care of it. I was not in the mental state to handle the finances.

Then, one of my classmate’s brother came to hospital for speaking with doctors and in the evening his father also visited. My friends asked me to go to their house, which was in the same city, in the night, because being a girl it was not safe for me to continue spending nights in the hospital. So, my sister, and I stayed in their home for the days the treatment was going on.  After a week, the doctors said there was no benefit in keeping her in the hospital for that long because she was not likely to survive.  I have to admit that it was a very hard time for us.  Then we shifted her to a private room from ICU. Then my friends and I could stay in the hospital for nights. As we were running out of money, we shifted Nani into another hospital, which was less expensive, because doctors had given up by now. In all this, my friend and his family helped us a lot. We were appearing for term exams and taking care of everything at the hospital. Then, after the exams were over, we took her home although the doctor said she would not survive even for half an hour without oxygen. But, she survived for nearly fifteen days without intake of food, water and oxygen. It was not easy for me and my sister to stay alone, so some of my friends came and stayed with us. Even after the ultimate death of Nani, some of my friends were there in my home so that we did not feel scared. Although, she did not survive.  But I got to know the real meaning of friendship, as well as I know now who all will be friends for life for me.

Being young and argumentative, things would become difficult between us; there were a lot of misunderstandings and so on, but what we knew was that we had respect and love for each other. My sister and I do visit my friend’s home who all have become a family for us. There were a lot of moments when I needed my friends and they were there even in school. Today also if I need anybody to lean upon, I know that they will be there.

I am deeply grateful to all those people who helped me in that difficult situation. I dedicate this write up to all my friends and I thank them all for being there for me.

I know, difficult moments come in one’s life, but if we have faith in universe then everything will be managed by it. For me, I had faith in my Swami who is my strength and truthfully speaking, today if my sister and I are alive he is the sustenance. I thank him for each and everything.