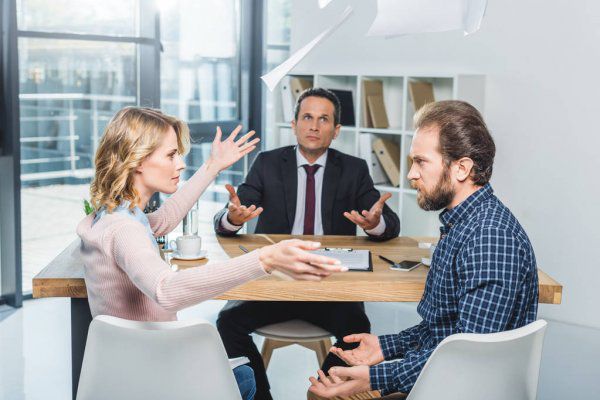 The only place where an argument makes sense, is in the court of Law. Elsewhere, its just waste of time !

Why do we argue?

I mean, why do we argue, when we know its futile to do so.

The biggest irony of having an argument is that instead of convincing the other person on your stand, you end up actually solidifying his/her resolve on his own stand. In some countries, there is actually a rebate offer: Don’t argue and pay only $15 for the $20 ticket. Argue and pay the full $20 if your appeal is turned down. Its no wonder that most people prefer taking the rebate offer.

There are people, who love the thrill of arguments, by the challenge of converting someone’s opinion. For them, having an opinion on something is not enough, they would rather ratify the same by entering into an argument with someone who is not convinced. These people can go on and on, many times just repeating the same set of points, till you finally give in to their point of view.

The only way to get the best of an argument is to avoid it.

The moment you get a hint of someone wanting to engage you in an argument, the safest strategy is to walk away. Do not let the other person hold you there. Change the subject or politely tell the person that you are not interested.

And if you realise that its late and you are stuck in a conversation which is not going anywhere, but its also difficult for you to get out of it, then use the other secret weapon: Listen

Just simply let the speaker speak his heart out on his point. Patiently nod, smile and let the person know that he/she has your rapt attention. Do not counter, do not add to the points, just listen. The argument and the enthusiasm of the other person is bound to die down lot sooner, compared to when you would have engaged even slightly.

The more vociferous the person, the more likely is he the type, who will not be easy to handle, as he/she would rather have the other person agree to all that he thinks is right.  Especially with people like this, its all the more important to walk away, rather than waste our energy in a futile argument.

He who establishes his argument by noise and command shows that his reason is weak.

So next time, if you see you are being drawn into an argument, step back, walk away or just ‘listen’.