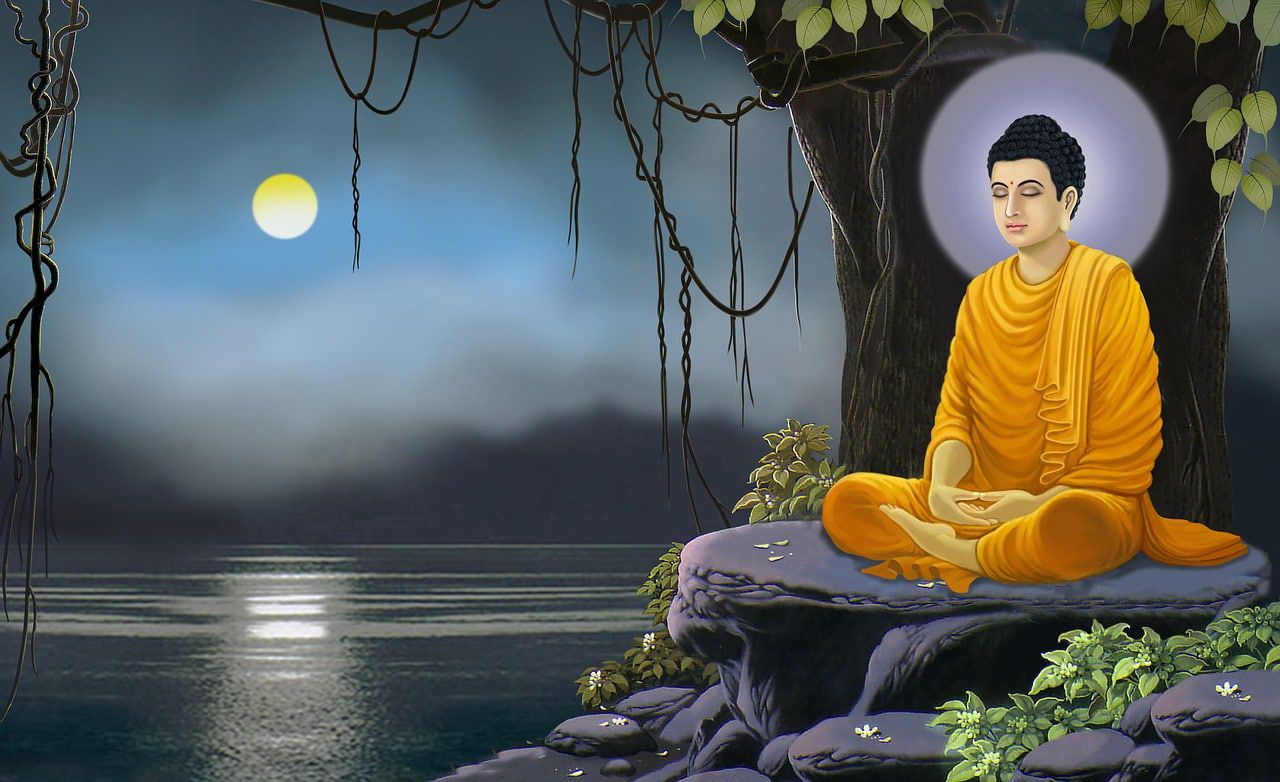 There is one fable from the life of Buddha which directly hits out at our belief system when question of Existence or Non Existence of God comes up.

As per the story, there was one very religious person who was also very rich. He had built many temples during his lifetime. He was believed to be a staunch devotee who never missed his prayer but actually he had never experienced God at any point of his life. After some time,doubts started creeping in his mind and he started thinking what if there was actually No God and all his prayers and effort were all just in vain. When he heard of  Buddha, he went to him in quandary and asked, “Does God Exist”. Buddha looked at him, smiled and answered, ” No. There is No God. Get yourself relieved.” The man felt at ease and left happily. Disciples of Buddha started claiming that there is No God as proclaimed by Buddha.

One another fine day, one Charavak (a class of philosophers who did not believe in any super natural power) happened to visit Buddha. During that time, Charavaks used to reason with the believers and they had the capability to turn believers into non-believers with their arguments. However this very charavak, arguing all his life about non-existence of God, started questioning himself that what if there actually was some God and all his philosophy and lifestyle was just a sham. He asked Buddha the same question, “Does God Exist”? Buddha looked at him with same grace, smiled and answered, ” Yes! God Do exist. Go find Him.” The charavak went satisfied. However the disciples got confused.

Buddha then explained to them that rich man never believed in God and he talked about God for the sake of it to keep his glory and reputation. Nearing end of life, he wanted validation to his belief. However, the Charavak somewhere believed in the existence of God but for the sake of his philosophy, he kept denying His existence. At  fading point of life, he also wanted validation to his belief.

Budhha, thus, doled out the truth that the existence or non existence of God depends on the belief system of a person.

May be that’s what is meant by ” Discover Your Own Truth !

3 Months Without You My Heart..!
Kambdi Kalai