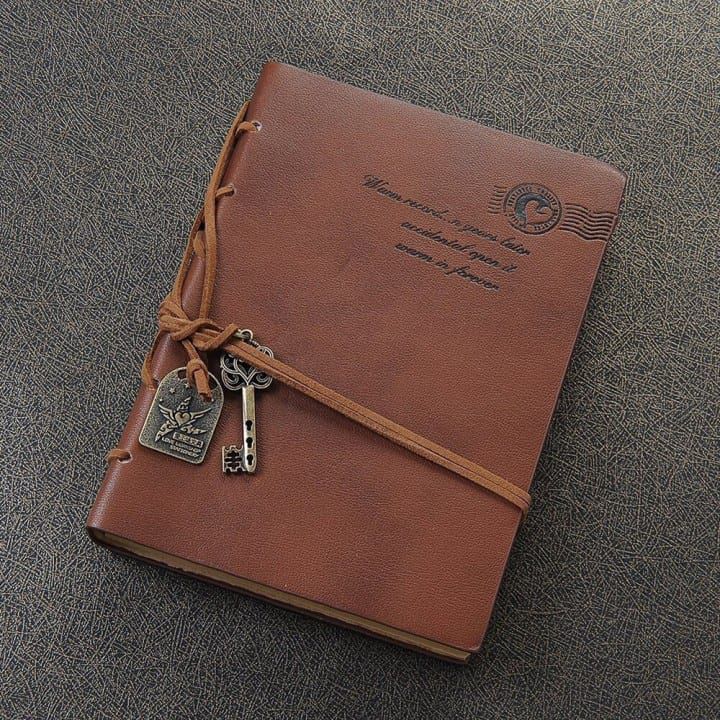 I have shared how I built the simple habit of Diary writing. I further share on how the example can be extrapolated for building more habits. 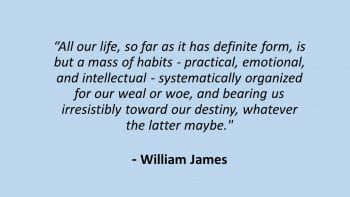 It was 10:30 pm. As I finished my diary entry for the day, I felt I had done something great. I had continued writing in a diary daily for the last 21 days. As per some theory, if you continue an act for 21 days continuously, it becomes a habit!

Now 46 is not a typically young age, especially not for building a new habit. Then how was I able to do it? Have I really built it for sure, or is the 21-day theory just a myth? Just because I have built an easy habit (Seemingly easy to many, most of whom themselves do not maintain a diary!!), will I be able to build more difficult habits also?

These were some of the questions which prompted me to write this article. To begin with, why is diary writing such a big deal for me?

My Dad, who passed away last month, was extremely regular about maintaining a diary. No, he was not writing a page every day, as I am doing. He used to pen good poems, prose or quote he came across somewhere, his thoughts, experiences, and especially the key points of discussion he had with anyone. This is how I have found absolute gems of wisdom in some of his diaries, some dating as far back as 1969!

So despite Dad’s repeated requests, many of which included offering me a new diary from his collection, I did not listen to him. While I would have once or twice, picked up a note pad, and made notes of my conversation with him, I did NOT maintain a diary when he was alive. After his demise, I wanted to start something which can be a legacy of his, that I can carry forward. I knew this had to be one of them.

Now every night, I spare 10-15 mins to pen down my thoughts on the day gone by. Initially, I would, in a reporter like fashion, write all that happened with me from Morning-to-night. But later, I focused on quality, trying to identify the ‘high point’ of the day, and starting with that. While I was tempted to try one of the several digital/online diary options, I insisted on a physical diary. Another subtle benefit? I am paying attention to my gone-bad handwriting. I try that my writing is more legible, at least I should be able to read what I wrote!

Overall, its an extremely self-gratifying experience. It helps me to reflect upon the preceding 24 hours and helps me make a simple assessment. Did I do anything significant?

But this article is NOT about Diary writing. It’s about habit. many people, especially during the new year celebrations, talk about resolutions. Resolutions are nothing but the desire to inculcate a new habit. And most often, these resolutions are broken in the first two weeks of January and forgotten by early February.

Charles Duhigg, in his best selling book, The Power of Habit, has researched the habit formation process and identified the whole process of habit formation. He says: 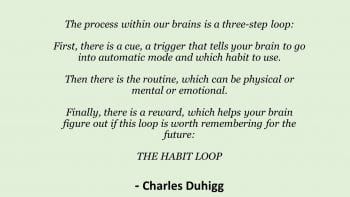 For most of us, the biggest challenge is the ‘routine’ part, where we make space in the day, every day, for a certain act to be done. Whether it is exercise, whether its a new chore, learning something new, etc.

The power of Reward:
To understand the power of cravings in creating habits, consider how exercise habits emerge. In 2002 researchers at New Mexico State University wanted to understand why people habitually exercise. They studied 266 individuals, most of whom worked out at least three times a week. What they found was that many of them had started running or lifting weights almost on a whim, or because they suddenly had free time or wanted to deal with unexpected stresses in their lives. However, the reason they continued—why it became a habit—was because of a specific reward they started to crave. In one group, 92 percent of people said they habitually exercised because it made them ‘feel good’—they grew to expect and crave the endorphins and other neurochemicals a workout provided. In another group, 67 percent of people said that working out gave them a sense of ‘accomplishment’—they had come to crave a regular sense of triumph from tracking their performances, and that self-reward was enough to make the physical activity into a habit.

After Pepsodent started dominating the marketplace, researchers at competing companies scrambled to figure out why. What they found was that customers said that if they forgot to use Pepsodent, they realized their mistake because they missed that cool, tingling sensation in their mouths. They expected—they craved—that slight irritation. If it wasn’t there, their mouths didn’t feel clean. Claude Hopkins wasn’t selling beautiful teeth. He was selling a sensation. Once people craved that cool tingling—once they equated it with cleanliness—brushing became a habit.”

Will to have Willpower:
Despite the attractiveness of the reward, we are not able to continue the routine. The ability to maintain a routine is derived from Willpower. Duhigg has rightly highlighted the importance of Willpower :

“Willpower isn’t just a skill. It’s a muscle, like the muscles in your arms or legs, and it gets tired as it works harder, so there’s less power left over for other things. If you want to do something that requires willpower—like going for a run after work—you have to conserve your willpower muscle during the day,”

One’s ability to make the appropriate use of the ‘muscle’ for Willpower, determines the ability to build a habit.

Yes, in my case, the connection with the act of diary writing was very strong, as I was doing it for my Dad. However, there are other ways for us to associate the importance of a particular task, so much so that we wish to make it a habit. The stronger the cue, the easier it will be for us to get to the routine. Once we establish the routine, then it’s our Willpower muscle, which has to help us make it a habit.

Building Habit in Kids:
For Adults, something more difficult to build habit themselves is to expect their kids to build a habit. Their impatience and unfulfilled wishes make them drive their kids crazy. The right way to do it in a subtle way. The ability to build a habit is more important than the habit itself.

That’s why signing kids up for piano lessons or sports is so important. It has nothing to do with creating a good musician or a five-year-old soccer star. When you learn to force yourself to practice for an hour or run fifteen laps, you start building self-regulatory strength. A five-year-old who can follow the ball for ten minutes becomes a sixth grader who can start his homework on time.

The hurdle to habit formation:
In today’s tech influenced life, there are distractions aplenty to drive our attention away. But it can be easily managed. If you need five minutes every hour to look at tweets or to just surf the Internet, you need to schedule that into your schedule, allow yourself to do that. Because when people start procrastinating, what they’ve done is, they’ve tried to ignore that urge. They try to deny themselves time on Facebook or time surfing the web.

Habit-forming can be really addictive. The high of building one habit, paves the way for another one. As people strengthened their willpower muscles in one part of their lives—in the gym, or a money management program—that strength spilled over into what they ate or how hard they worked. Once willpower became stronger, it touched everything.

The presence of a driven individual in the house enables others to change. Studies have documented that families who habitually eat dinner together seem to raise children with better homework skills, higher grades, greater emotional control, and more confidence.

Most of the choices we make each day may feel like the products of well-considered decision making, but they’re not. They’re habits. And though each habit means relatively little on its own, over time, the meals we order, what we say to our kids each night, whether we save or spend, how often we exercise, and the way we organize our thoughts and work routines have enormous impacts on our health, productivity, financial security, and happiness. 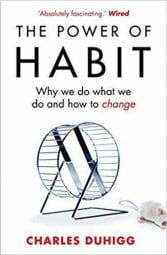 Interestingly enough, I had never written an article on LinkedIn until I was 43. Yes, I started writing only 3 years back. Today, after having written more than 20 articles on totally diverse topics, while I cannot say its a habit, I am sure that its a skill which I have built over these three years !!

My sincere thanks to Charles Duhigg for having written this life-changing book. Not only is this article inspired by his book, but I have also taken some examples and statements from his book. It’s not possible to summarise a 300+ page bestseller into 2 pages. Strongly encourage people to read the book.

You Have the Watches, We Have the Time
Of A Little Secret