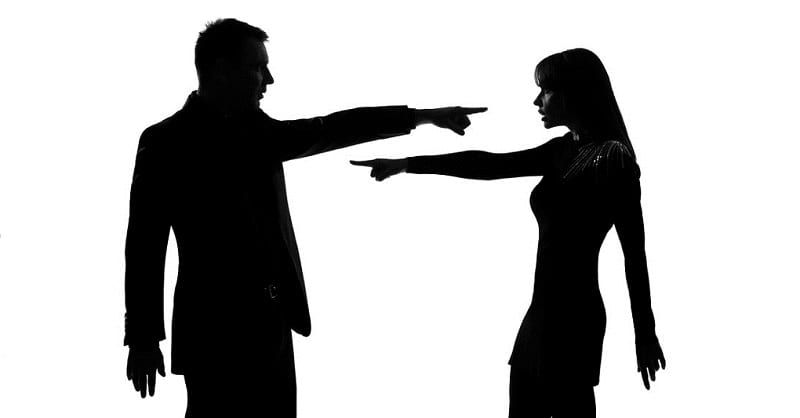 Here is a technique that works for me often. I’ve seen others using this method effectively, too.

Undoubtedly, everyone faces criticism at some point in time. By the way, I’m only referring to criticism in a person-to-person interaction here, not a large group criticising a specific person (like political criticism, etc).

When you face criticism from someone, the most likely ‘thought pattern’ you would have might be something like this:

And then begins the argument with you stating why you were right and why the critic is wrong. This could go on to any proportions imaginable, from a simple discussion to a permanent fight. The situation could be in any walk of life – personal or professional, with your boss, with your employee, with your wife, with your parents, et cetera.

This reaction is quite normal and comes in like breath comes into the body. But as with breath, if you need to want to improve your breathing pattern, you need to consciously practice some techniques, like yoga, pranayama, exercises, etc. So it is with the thought patterns. If a conscious effort is made again and again over a period of time, the thought pattern can and will change to the one you want to adopt.

So here’s my suggested thought pattern for handling criticism. As the critic starts off and the regular thoughts come into your mind, add on the suggestions in italics:

A fourth add-on which would be more effective would be:

4. I could also think about this and consider if what the critic is saying has some truth and meaning in it

You would say that this is letting go of whatever is said. But wait, it doesn’t end here. There is one more important step:

5. Speak to the critic within the next 24 (maximum 48) hours. During this period, think the matter over from all angles. Prepare notes in your mind on what to say, prepare lines and words which you know would not be offensive. Be ready for counter arguments. Prepare yourself for both a pleasant, productive discussion and an unpleasant one. Good preparation would help you handle the situation effectively. Don’t take too much time, but take enough time for both your and the critic’s mind to have a re-thought and be open to understand each other.

The essence is this, unless you have an extreme level of self-control and awareness, you are likely to react aggressively against the critic. It’s just like a reflex action when a pin pricks you, or something hot touches your skin. It’s unlikely that most people have the self-control to react calmly when criticised.

Reacting aggressively is the normal reflex. But if you see the bigger picture and understand that an aggressive reaction would not benefit anyone, then it makes sense to suppress the reflex. I would not say that the criticism has to be borne with and an inappropriate remark should be left to pass. It’s only that the reaction’s timing could be pushed off to give a more thoughtful and effective one (unless of course you already possess the cool headedness to handle it then and there with patience).

This method helps me. I do hope it would be of use to you, too. By the way, there could be other methods, too. Choose whatever suits you best.

Love – the Language of the Soul
The Path of Meditation