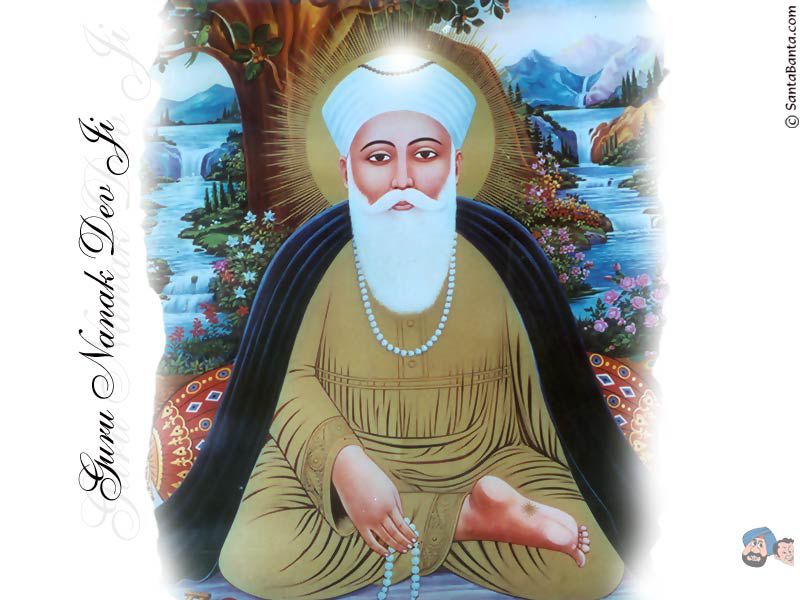 He Surely Heard Not Once but Twice

When an earnest & pure thought (not even yet a desire) got fulfilled in real time!

2nd December 2013, a fine Monday morning (around 7:30 am) it was when with pearls of ecstasy in my eyes I was driving towards my office but not without paying my daily ‘Thank You’ visit at Gurudwara Sahib of Sector-18, Noida.

Someone who, once, hardly had any courage to speak in front of an audience and that too in English language had just been handed over the 1st runner up trophy in Information Technology (IT) national level debate competition (1st December 2013, Qlarified Debate, by SureThoughts) barely 16 hours ago! With the ‘moorat’ of Dhan Guru Nanak Dev Ji in front of me on my car dashboard, blessings of Mahapurakh Dhan Baba Ghalla Singh Ji (Nanaksar) & experiencing the journey from a mute to unmute person, the tears of ecstasy were justified!

The voice from inside is still crystal clear to me even after living for another 2371 days. I ‘thought’ (in Hindi), with eyes toggling between the ‘moorat’ and traffic on the road, “Hey Nanak, mujh jaise goongey insaan pe aapne itni kirpa ki hai ki apne mujhe debate main 1st runner up ki position dila di, main aapko kuch bhi nahi de sakta, lekin mann kar raha hai ki apke charano main phuul chada du” – English translation “Hey Nanak, you have blessed a mute person like me so much that you bestowed on me with the honor of coming 1st runner up in such a prestigious debate competition, I can never do anything to Thank You enough, but, maybe I could offer a flower to your lotus feet in this photo”.

It is a 5 min early morning drive from my home to Gurudwara sahib. The road was empty, with absolutely no sight of any person nearby. I was closing the door of my car by the time the above thought perished.

As I was walking back to my car, after paying my obeisance to Guru Granth Sahib Ji, my eyes discovered a Red Rose flower placed on the white bonnet of my car!!! I looked around, with the fountain of ecstasy yet again swelling up in my eyes, but, there was no one to be found. Albeit, I was mistaken, He was around, in fact, standing, sitting, or maybe floating right next to me.

I picked it up, felt like touching Dhan Guru Nanak, and offered to where it came to me from – at the lotus feet of His ‘moorat’. Not even for an iota of moment I doubted whether this was for real. There was no need to pinch myself, as my eyes were enough proof of this divine reality.

He heard my inner voice, as He dwells in the innermost realms of our soul.

He heard me, once (and forever).

For many years, He (the flower) was kept in the same case along with the trophy. After a few months, I opened the case to do His darshan. He was exactly like Life, grown very old bodily but not lost the divine shine. I realized quickly (or maybe very late) that I was selfish to cramp Him up with an immaterial material i.e. the trophy. Trophy went into the dustbin so that the entire space in the case could be dedicated to Him. He is the Trophy, indeed. It’s a different story that Parents took it out from dustbin and placed it behind their bed. A few days after, the trophy found it’s way outside the home (again), successfully.

Yearning for His darshan grew stronger after a few more seasons passed by. I opened the case only to found a piece of jewelry lying in it!!!!

Wife threw (hating myself to use this word) Him away, the BIGGEST Jewel, to accommodate her jewels. I did share the above experience with her, so she was aware it was Him, or maybe she always perceived it as a flower only. I tried my best to act Mindfully to deal with this situation, with her. Just the way there exists no one word to describe the greatness of the mightiest of all, The Almighty, there does not exist one word to describe the pain I went through from that moment onward.

I lost Him and wanted Him back (desperately).

Another voice, based on 100% Faith, again rose from deep inside me, “Only He can bring Himself back to me.”

Mahapurakh Baba Ghalla Singh Ji (Nanaksar) has shown me the path to walk/run/(almost) fly, since 2001. He was returning to India from his abroad visit in the next few days. I had full faith that I can only get Him back from Him i.e. Baba Ji.

With eyes thirsting for Baba Ji’s darshan after many months, I was waiting (impatiently) at Terminal 3 Arrivals at New Delhi airport. Heart was still reeling in the pain of the BIGGEST loss of my life or maybe the only loss. After paying my obeisance to Baba ji, another disciple welcomed him with a bouquet of fragrant flowers. As I started walking behind Baba Ji, He (a Rose Flower) fell down from the bouquet just before I was about to put my foot forward. I don’t know why, but, I looked up at Baba Ji’s sewadaar (Bhai Jassa Singh) and without any transaction of words/emotions, he instructed me through his eyes to pick up the flower.

I lost Him a few days ago and wanted Him back (desperately). And, I got Him back.

He heard again, twice (and forever).

Almost 5 years have passed, He occupies the full space of the case.

May you realize His blessings,

A inconsequential being living with parents, wife, two kids & myself, earning livelihood from an IT organization and living with an earnest desire to be the chosen one to 'serve' till I am alive.