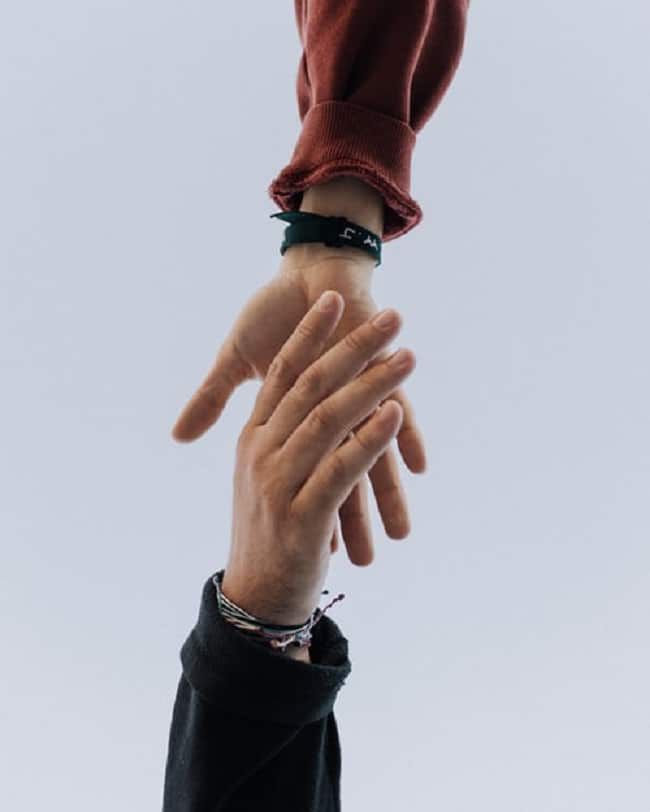 A thought for our own family...while helping others.

It was a hot afternoon. Me and my hubby were returning from our vaccination. As our car entered our township gate, we saw a two-wheeler lying on the road and an old man was bleeding profusely. He was surrounded by some people who were helping him.

Me and my husband exchanged looks after watching the scene.

‘I would like to help. ‘I told my husband.

‘Fine.’ He stopped the car but by the time it stopped, it had covered some distance away from the scene.

I grasped a water bottle from the dashboard and walked back to the scene. Someone had offered a handkerchief (a very useful thing to carry) to the old man to stem the blood flow and he was made to sit on a stair along the footpath. One person was on the phone calling his relatives.

I handed the water bottle to the person nearest to him. He took it gratefully and the old person drank some and used some to wash the excess blood of his face. He had received a deep cut above his eyebrow.

Just then a lady came towards me from the crowd. It was Srilatha, I knew her she lived in the next building.

I asked her ‘How did this happen?’

‘The old man was walking on the road and slipped and fell. He hit his head hard and received a gnash.’

‘No. It’s hot today. He fainted and fell down, probably a BP problem.’

‘Okay! I saw the 2-wheeler lying on the road and so…’ I trailed off.

‘It probably belongs to someone from the crowd.’

‘How have you come?’ Srilatha’s husband Mohan came over to me. He was the one who had been using the old man’s phone, I hadn’t been able to identify him due to his mask.

‘I have a car. My husband is waiting up the road. Where does the old person stay?’

‘He stays in our township.’ He told me the name of his apartment complex.

‘Okay! We can drop him to his place.’

Suddenly Mohan ji went into spree of activity. He quickly got his bike and insisted on dropping the old man to his place himself. I couldn’t understand his insistence. The old man had a tough time climbing the bike but somehow, he managed to climb it with another’s help.

After that Mohan ji gained speed and left. Srilatha was left behind talking to me. I was thinking the old person would have been much more comfortable travelling in our car. I couldn’t fathom Mohanji’s hurry to help the old person.

He hadn’t even taken leave from his wife! She now had no option apart from walking home or taking a lift. I offered to drop her home.

Mohanji in all probability is a good, kind, helping person and didn’t want to let go of an opportunity to help someone. He probably was sure that Srilatha would get home.

Inwardly I was in a tussle though. I was somehow left with the feeling that the least he could have done was to inform her or just say a word.

The other half inside me was saying he just wanted to help and at such a time a person is in a flurry of activity and can’t think of another person. He probably was sure that Srilatha was capable of reaching home on her own. Hasn’t it happened with you, when you were helping someone? I asked myself.

There’s an adrenaline rush at such scenes where multiple things happen at the same time. So, it is possible that many a times we are carried over by the situation or emotions and may forget the person with us. But this incident just taught me to be more responsible of my family while helping others too!