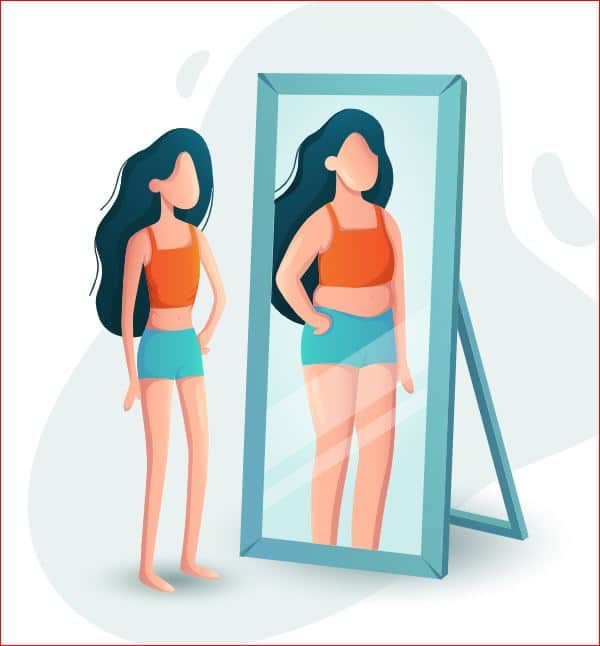 I Am Not “Beautiful”

Beauty is not measured in pounds

Two weeks back, I shared my reading experience at the Human Library of Copenhagen. As part of that visit, we had the fortune of reading one more book. After reading our first book, we waited in the reading gardens against the background of drizzling rain for our second book to arrive.

The librarian accosted our new Human Book to us. She was a young girl with a smiling face. When I looked at her, I felt that she was at peace with herself and my curiosity grew about what she had to share with us. After exchanging handshakes, she made herself comfortable opposite us and started our reading session. Her name was Emma and the title of her book is Recovered Anorexia Patient. She has battled Anorexia from age of 12 and her condition had gone so severe that she had to be admitted to a mental hospital for 6 months. Today she has recovered and is free from Anorexia for the past 18 months. A few months back, Emma decided to become a book at the Copenhagen Human Library, as he wanted to share her journey with Anorexia. She believes that awareness of Anorexia is very low among the general populace and Anorexia is one of the most dangerous mental ailments with an abysmal survival rate. In fact, from my perspective, she was spot-on. I had read about Anorexia and always associated it with a health condition, which was practiced by fashion models, who want to look thin and lean. So I was even more interested in reading the book. Moreover, she was a new book and it was her second reading session.

Anorexia is an eating disorder and serious mental condition. People who have anorexia try to keep their weight as low as possible by starving and losing more weight than what is normal for their age, weight, and height. They have a distorted image of their bodies and think they are fat even though they are underweight. Anorexia affects men and women at any age, but it is most common among young women and it develops in the mid-teens. Research suggests that Anorexia has the highest mortality rate of any psychiatric disorder, from medical complications associated with the illness as well as suicide.

Emma believes that her Anorexia stemmed as she grew up in a dysfunctional family. Her father was an alcoholic and was physically violent during her childhood. She did not get any love from her parents and had a neglected childhood, which impacted her self-esteem. Her journey into anorexia stemmed from her innermost desire to solicit attention. She wanted her parents to know she existed, she is visible and they should pay attention to her.  Emma continued that she led a very regimented and controlled life and she lacked control over any aspect of her life. Emma explained that she wanted to take control of her life and she achieved it by controlling what she eat and it went too far.

Her journey into anorexia started with her intent to reduce weight. In the earlier phases, she started to avoid meat and fish and transitioned to being a vegetarian. Once she became a vegetarian, she became a vegan, and post that she slowly started avoiding all kinds of food to reduce her weight. Towards the end, she was eating only half a rice cracker in a day. Her skin started to gnaw and the skeleton start to weigh itself against her skin. When Emma looked at herself in the mirror, she saw an overweight person. When others in her family started to advise Emma, that she is starting to go thin, Emma could never see herself being thin. She always felt that she was overweight and needed to reduce her weight further, which was a downward spiral.

Anorexia is coupled with borderline personality disorder, where the mind takes over the body. Incidentally, Emma is a chef and also has a cookbook to her name. She used to cook and bake the most delicious food and cakes and serve them to her family, but she was never able to eat a morsel of the food. The Other Mind used to take control of her and instruct her that if she eats food, it will KILL HER. She could never beat her mind and was only able to view the food cooked by her being relished by her family, while she remained a reluctant spectator.

Emma’s condition could be summed in the following lines :

“ I don’t think you get it”
I am not “beautiful”. You don’t see what I do when I look into the mirror.
You don’t hear the voices in my head telling me that I am fat

One day, Emma fell critically ill and her parents had to forcibly refer her to the GP( General Practitioner). The GP referred her to a Mental Hospital, which had more than 3 months of waiting time. Unlike other mental diseases, Anorexia does not receive the justified visibility and commensurate funds. Hence the waiting time at expert care centers is quite long. With the grace of God, Emma survived the waiting period of 3 months and got admitted to the mental hospital.

A six-month treatment protocol was provided, which aimed at strengthening her mind. She was asked to be aware of her impulses and was asked to train and control her mind. With the encouragement of her doctor, she has now recovered, which is very rare among Anorexia patients. There is a high chance of relapse for recovered patients, as they find it very difficult to adjust back into society. Most teens like Emma have missed their schooling due to Anorexia. Emma has decided to make a fresh beginning and start school this year. She has decided that she will complete her university education and will not revert to old ways.

During my discussions with Emma, I developed a great admiration for her due to her ability to pull herself from the brink and face her life with a positive spirit. She is now volunteering at the Mental Asylum and acting as a support guide for Anorexia patients and inspiring them that recovery is a fair chance. Emma’s decision to become a book is a wise decision. I believe that Emma’s decision of becoming a book is a part of her healing process.
As our reading time of 30 mins came to a close, we wished her good luck and started to reflect on our thought-provoking open conversation which we shared with Emma. During our conversations with Emma, I realized that our Mind is a very powerful underrated Machine and it can completely overpower us if we don’t control it. Our experiences in our childhood leave a great impression on our minds and it manifests in different forms, as we peak towards adulthood. Anorexia is a severe form of depression. If one has Anorexia, they surely have depression, but the opposite is not true. In Emma’s case, physical violence, lack of love, and need for control manifested into an Anorexia and Borderline Personality Disorder. Emma had God by her side and she recovered from the brink. In other cases, Anorexia stems from a desire to look beautiful, and countless teens under peer pressure and bullying in school tend to control their food by starving. Over years, it develops into a mental ailment compounded by depression. In comparison to physical ailments, Mental Health has very poor awareness and has a social stigma attached to it. The funding in the medical community is disproportionately skewed towards physical maladies and mental maladies get ignored. Mental Health within the family can subsume both the victim as well as the complete family.

As we walked back to our homes after returning the book, we found our son comfortably perched on a sofa, watching TV and nibbling a flatbread. I smiled and realized that even a basic activity like having a meal is taken for granted by us, while it is a struggle for others. Even a basic issue of gender identity is taken for granted for us, while for some, it is a perennial struggle.

Sadhana
Conversation with a Prabhu around the Sadhana App: I