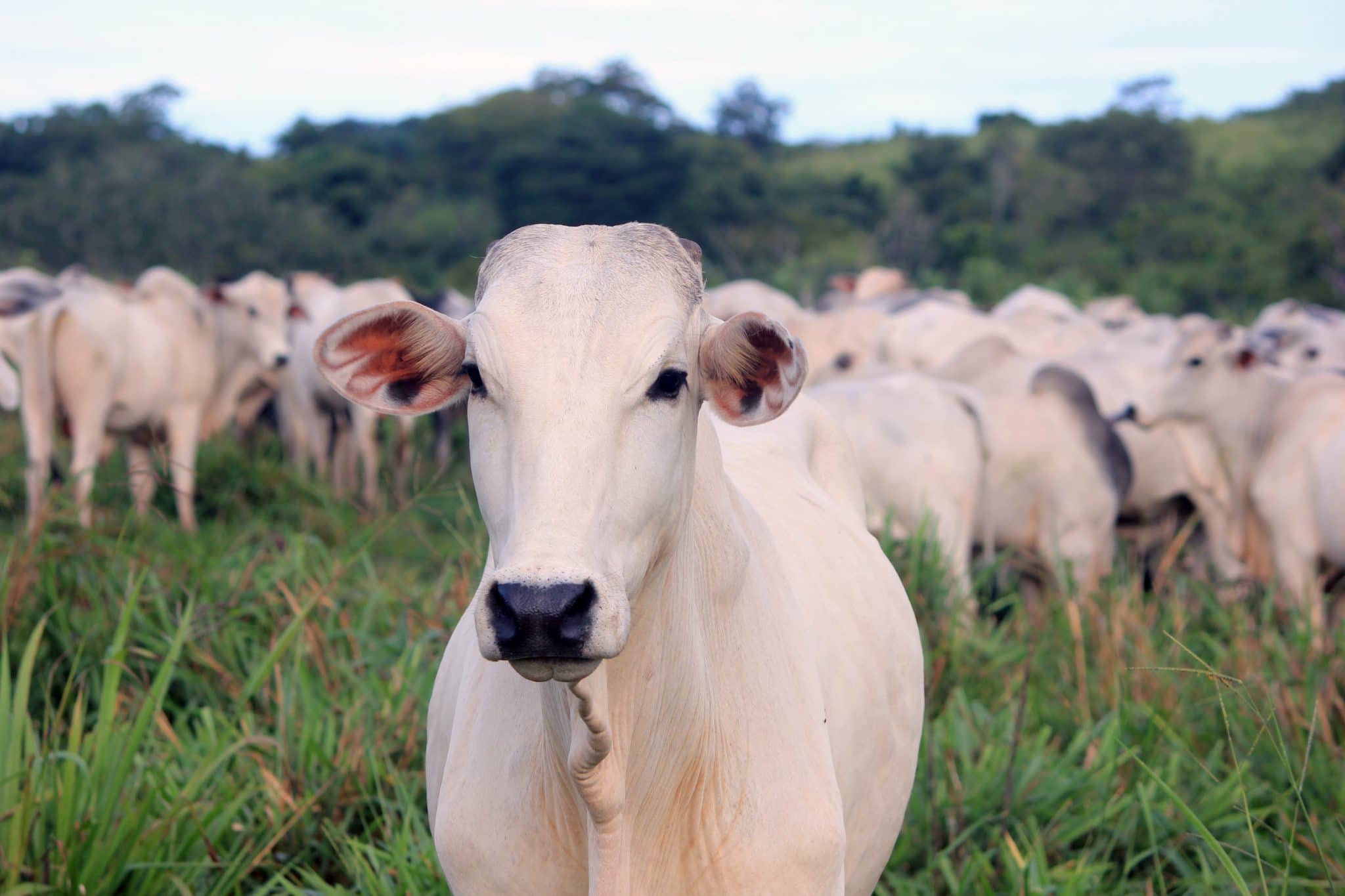 In Memory of Lakshmi

Arriving in lieu of legal fee, cow-Lakshmi became darling of the family

“Grateful, sir, you won the case for me; I very badly needed to win it,” said an overjoyed agriculturist-client to my advocate Thatha (Grandpa). “I shall come home tomorrow to pay you the fee, sir.” “Fine,” replied Thatha nonchalantly. He believed in Karmaney Vadhikaraste Ma Phaleshu Kadhachana.

Next morning manifests in front of our house a man with a cow, and his assistant barely managing her calf struggling to wriggle out of his hands.

Yes, that was the legal fee – in kind. It often happened in those days in Palakkad. Some clients paid the fee with basketful of jackfruits and mangoes; others, vegetables from their farm; yet some brought pulses, rice, coconuts… All in the game.

Paati (Grandma) was excited at the arrival of a cow. She rushed out of the kitchen with haldi, kum kum, loose flowers and an oil lamp to welcome her and the offspring with an impromptu chant of slokas and an aarti. “Vaa (Aao), Mahalakshmi,” she greeted reverently, thus unwittingly giving her a name – shortened later to Lakshmi.

Soon the spotless-white, soft-skinned, sober, and charming Lakshmi became the darling of the house while we children enjoyed watching the calf run and jump in the backyard. We named him Kuttan – Chottu.

Paati was especially happy that she could supplement the family income selling the surplus milk. More importantly, hereafter she need not ask Grandpa money for coffee powder – a starting point of trouble often. He didn’t drink coffee – and he didn’t want others (read Patti) either. It didn’t work. Paati was a coffee addict.

Soon Lakshmi joined the herd of forty-odd cows and buffalos of the village for grazing in the meadows. Every morning Aandi Muthu, the cowherd, marked his entry to the village at 9 a.m. calling out, “Unleash your cows,” to the villagers as he walked by.

With his unkempt, long, dry hair, his bulging eyes reddened by the previous night’s liquor, and wielding a cane, the scene in no way reminded anyone of the tender, soft, cowherd that Lord Krishna was with a flute in hand. On the contrary, if only Aandi Muthu had mounted a buffalo and held a mace instead of the cane, he would easily have passed for Yama Raj on a morning prowl for a hurricane cattle sweep.

Aandi Muthu allowed the cattle graze happily as he reshaped his shoulder-towel into a pillow for a nap under the shade of a bush to get over his hangover. Occasionally a passerby accidentally stepping on him, a snake hissing past his legs, the grunting among the cattle for territorial grazing rights, or the oppressive sun would wake him up from his siesta. He would then look up at the sun for the approximate time. If there were still some moments left, he would light a bidi and smoke it to its last puff—or till his fingers felt the burn. Around 3:30 pm he would herd the cattle back to their homes.

This went on for years until his dedication deteriorated. He began bringing the cattle back at 2 p.m., then 1 p.m., 12 noon, and finally at 11.30 a.m. This gave a totally different twist to the adage “till the cows come home.” Paati found this unacceptable. Surely, sunset couldn’t commence at 11.30 in the morning, she argued. But Aandi Muthu had his own explanation: “Dry ground. No grass to graze. Subjecting the cattle unnecessarily to the scorching sun could impact the milk output…” Paati feared he would stop taking Lakshmi if she argued more. Some village ladies pointed to his second marriage, alongside his first, as a reason for his poor work ethic; others blamed his worsening drinking habits.

Aandi Muthu couldn’t take this drain in his income any longer. One evening, past 4 pm when the cattle of all households had returned and not Lakshmi, Paati sent me on a search mission. I ran to all the possible places. No trace of Lakshmi. I asked passersby if they had seen a white cow grazing. One man said he saw an animal lying near the village cremation ground. Elders had prohibited us, children, from going near the cremation ground. So, I went just up to two hundred yards from the place and saw a white cow lying motionless. I called out to her, “Lakshmi, Lakshmi.” No response. For once I violated elders’ instructions and braved close to the cremation ground. Yes, it was Lakshmi, our Lakshmi, lying with her right front leg broken and hanging, tears rolling from her eyes in pain.

I sped home. Paati mobilized manpower; brought Lakshmi on a cart. It was 6 pm. The Government Veterinary Hospital had closed. But I knew where the veterinarian lived. I persuaded him to come home. He said that it was not any vehicle accident, a deliberate act of malice had caused this.

Two months of vigorous attempts to naturally join the bones. No luck. The leg was amputated. Gradually Lakshmi moved around, one leg short. Paati did not want to send her out again for grazing. One of Grandpa’s clients who had a huge agricultural land in his village, miles away, volunteered to take Lakshmi there for a peaceful life. Months later we got the news that Lakshmi passed away.

For Paati it was worse, for while she milked Lakshmi, she would direct her not to move her legs or, to postpone her dung disposal till she had finished with milking. If there was starting trouble, Paati would sing Krishna Nee Begane Baro, or, start a conversation. “So, Lakshmi, did you manage a grassy patch today for grazing; did you by chance lock horns with that Bheemseni; you better not, after that wound you sustained last time…” If the yield fell short of her daily commitments, she would plead her to release just a little more. I don’t know if Lakshmi understood her or not. But I do know that each time Paati opened her mouth, Lakshmi turned her face towards Paati, with a blank look though. All this while I would sit in a squatting pose at a distance repeatedly begging Paati to let me milk. She never allowed. However, as a concession, at times she would reposition the udder of the cow to spray the pin-sharp milk on my face for a split second – just to keep her grandson in good humour.

Lakshmi’s loss cut deeply. The loss of a pet is always tough. But sharing memories can help celebrate the life of the animal lost. This is my way of coping.