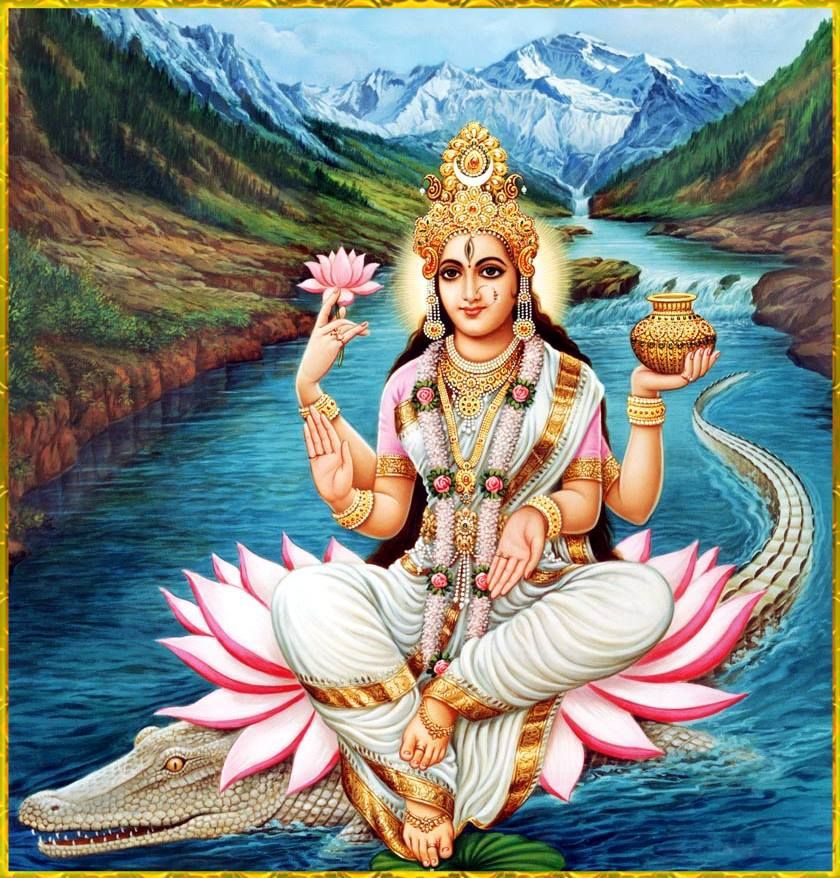 In the Lap of Mother Divine

An ode to The Goddess of Ocean- Maa Varuni Devi

This weekend, I went to see icebergs in the Atlantic ocean with my family. Since, I have fear of heights and water, although I was excited I was quite nervous too. It was a 3-hour 🚤 boat tour and truth be told, my heart just sank the moment the boat took off. The sea was rough and waves were quite high( almost 10-15 feet high easily).

Since we were already on the boat and it was a long tour, I just took Swamiji’s name and asked for help to let me rise above this fear. As I opened my eyes and looked at the vastness of the ocean, a thought of fear was replaced by the divine remembrance and something within just said:” If everything is Maa, this ocean is maa too, waves are also maa, Swati, you are in mother’s lap, why are you scared?” and then a beautiful Stuti for Maa Varuni Devi flow through me (The goddess of the ocean, the consort of Lord of waters, in Vedic texts and consort of Lord Anant Shesh/ Lord Balarama in puranic texts). I started singing the stuti as it came to me with faith, and the fear just disappeared into oblivion.

So, I thought of sharing the stuti of Divine Mother with you so that you can also enjoy playing in the lap of Mother Divine :

O’ Mother Divine, you took me in your lap and it feels like I am swinging now;

O’ Mother Divine, You alone call me from all sides;

O’ Mother Divine, you carry everyone in your womb, evolve them and help them cross this ocean of duality;

The waves of the ocean are sometimes high and sometimes low;

The waves of the world are sometimes pleasurable and sometimes painful;

But You O’ Mother Divine make him appear moving by infusing life and vitality in him;

It’s all your glory everywhere as my limited eyes can see;

You are the manifested power, valor, strength and prowess of Lord;

Who can conceive Him? for he is inconceivable, formless, and attributeless;

You, O’ Mother Divine are the very form of Lord;

It’s only through you, that one can see the Supreme Lord.

How Glorious that I come to you alone wherever I go.