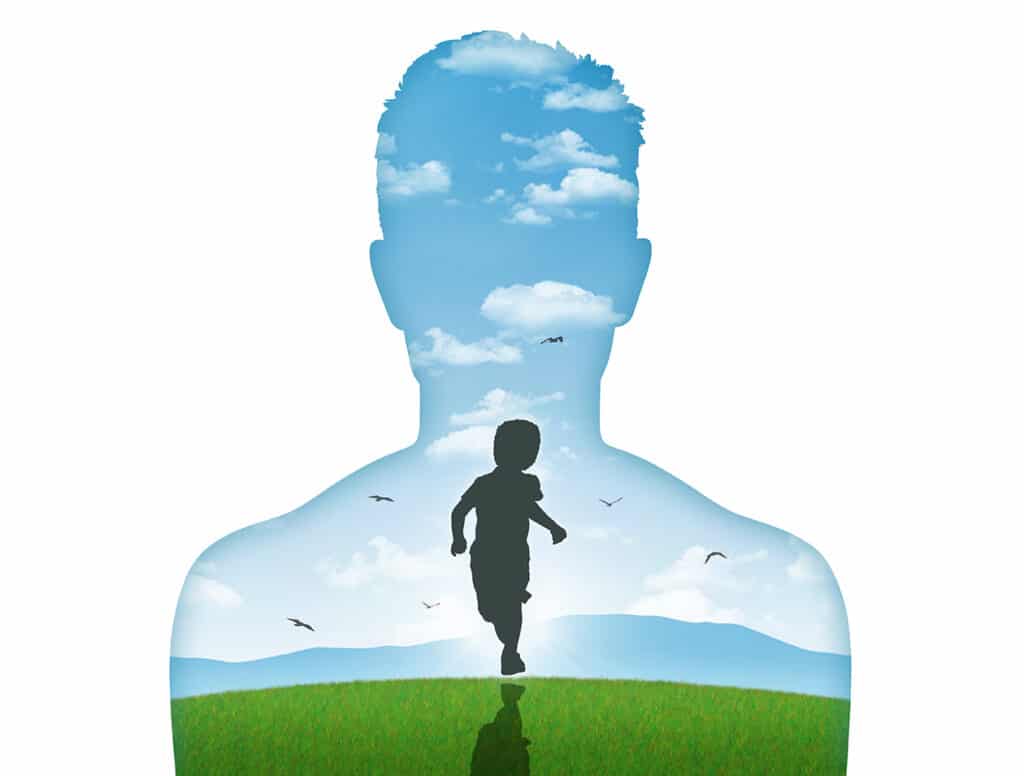 Awaken the child within. In this statement is the tacit recognition that somewhere down the line, the child within has either been put to sleep, or ignored, or simply lost touch with the adult outside.

In a letter to his son, English poet Ted Hughes, speaks about this:

“Nicholas, don’t you know about people this first and most crucial fact: every single one is, and is painfully every moment aware of it, still a child. To get beyond the age of eight is not permitted to this primate…”

And yet, we adult. Hinging on cognitive dissonance, the excuse we give for our armoured adulting? It helps us better deal with life’s circumstances to protect the child within.

“Everybody tries to protect this vulnerable two three four five six seven eight year old inside, and to acquire skills and aptitudes for dealing with the situations that threaten to overwhelm [the child within]. So everybody develops a whole armour of secondary self, the artificially constructed being that deals with the outer world, and the crush of circumstances.”

This chimera of adulting that we create to simply protect the inner child, over time becomes the very reason why it dims over time – our armored adult self asphyxiates this little being.

“Usually that [inner] child is a wretchedly isolated undeveloped little being. It’s been protected by the efficient armour, it’s never participated in life, it’s never been exposed to living and to managing the person’s affairs, it’s never been given responsibility for taking the brunt. And it’s never properly lived.”

Must it be always like that? Do we repose less faith in the inner child’s ability to deal with the world outside?

“At every moment, behind the most efficient seeming adult exterior, the whole of the person’s childhood is being carefully held like a glass of water bulging above the brim. And in fact, that child is the only real thing in them. It’s their humanity, their real individuality.”

If the child is the only real thing in us, and underscores our very being, why do we not unleash it and allow it to take on the world? Just because an adult is physically stronger, and biologically older, does it mean that the child-like qualities that permeate our existence, often invisibly, don’t have sufficient potency?

“…Since that artificial secondary self took over the control of life around the age of eight, and relegated the real, vulnerable, supersensitive, suffering self back to its nursery, it has lacked training, this inner prisoner. And so, wherever life takes it by surprise, and suddenly the artificial self of adaptations proves inadequate, and fails to ward off the invasion of raw experience, that inner self is thrown into the front line.”

There comes a juncture when the external armour eventually fails. And when that happens, the inner child-like self is thrown to the battlefield, out in the open. It’s unprepared because it has been guarded thus far, relegated to its nursery. But what does it do? Does it buckle under such circumstances, and just cave in?

“And yet that’s the moment it wants.”

The inner child, when confronted with the stark reality of life, does not cave in. Instead, it shines when let out in the open.

“The only time most people feel alive is when they’re suffering, when something overwhelms their ordinary, careful armour, and the naked child is flung out onto the world.”

To draw inspiration from our Swami ji’s teachings:


Login with Email
No Account? Create One
विषाद(Sadness)
Courage and Conviction