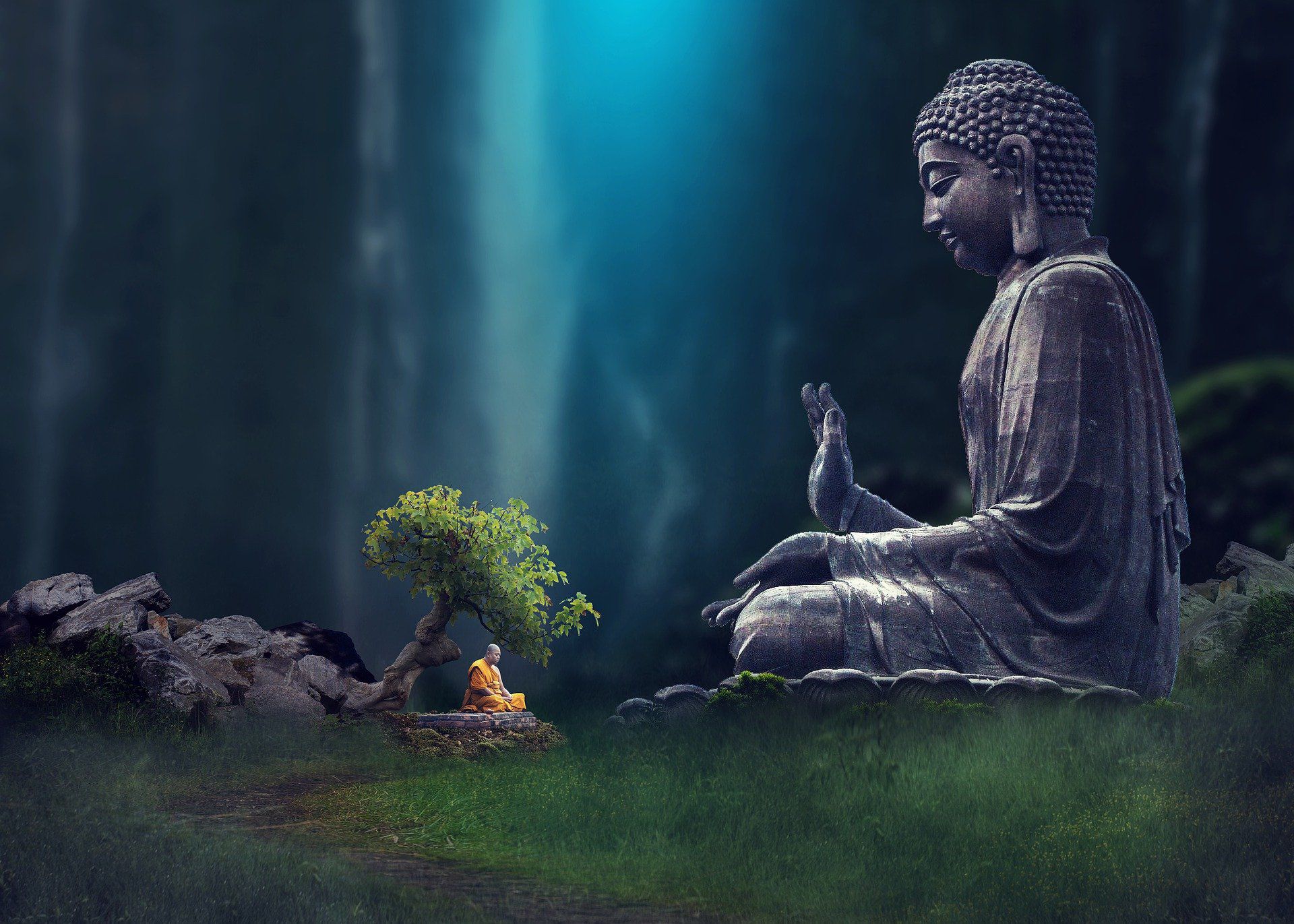 A dose of daily inspiration - Nagarjuna and the Thief

This is a story narrated by Osho, in the book titled : THE FISH IN THE SEA IS NOT THIRSTY

This is a story about the great mystic, Nagarjuna :

He was a naked fakir, loved by all real seekers. Once a queen asked him a favor, “I want your begging bowl.”

Nagarjuna gave it – that was the only thing he had, his begging bowl. And the queen gave him a special golden begging bowl, studded with diamonds. If Nagarjuna had been an ordinary mystic, he would have said, “I cannot touch it. I have renounced the world.” But for him it was all the same, so he took the bowl.

When he left the palace, a thief saw him. He could not believe his eyes, “A naked man with such a precious thing. How long can he protect it?” And the thief followed…

The thief understood that it had been thrown for him, he went in and said, “Sir, please accept my thanks. You are a rare being – I cannot believe my eyes. A great desire has arisen in me. I am wasting my life being a thief. Can I come in and touch your feet?”

When he touched the feet, for the first time in his life, he felt the presence of the divine. He asked Nagarjuna, “How many lives will it take for me to become like you?”

The thief said, “You must be kidding! How can it happen now? I am a master thief- the whole town knows me, although they haven’t been able to catch me. How can I be transformed right now?”

Nagarjuna said, “If in an old house for centuries there has been darkness and you bring in a candle, can the darkness say, ‘For centuries and centuries I have been here – I cannot go out just because you have brought a candle in. I have lived for so long?’ Can the darkness give resistance? Will it make any difference whether the darkness is one day old or millions of years old?”

Darkness cannot resist light; when the light comes, darkness disappears. Nagarjuna said, “You may have been in darkness for millions of lives – that doesn’t matter – but I can give you a secret, you can light a candle in your being.”

The thief asked, “What about my profession? Have I got to leave it?”

Nagarjuna replied, ” That is for you to decide. I am not concerned with you and your profession. I can only give you the secret, then it is up to you.”

The thief said, ” But whenever I have gone to any saints, they always say, ‘First stop stealing – only then can you be initiated.'”

After fifteen days the thief came back, a transformed man. He fell at the feet of Nagarjuna and said, “You trapped me. I tried for these fifteen days, but it was impossible to steal. If I watch my breath, I cannot steal. If I steal, I cannot watch my breath. Watched ng the breath, I became so silent, so aware, so conscious, that even diamonds look like pebbles. Please accept me as your disciple and initiate me.”

Nagarjuna said, “I have initiated you already.”

Osho concludes saying, “Religion is based not in morality, but in meditation. Religion is rooted not in character but in consciousness. A truly religious man is neither good nor bad. He is beyond it. He has no character because he does not function out of his past. He acts moment to moment, spontaneously. “