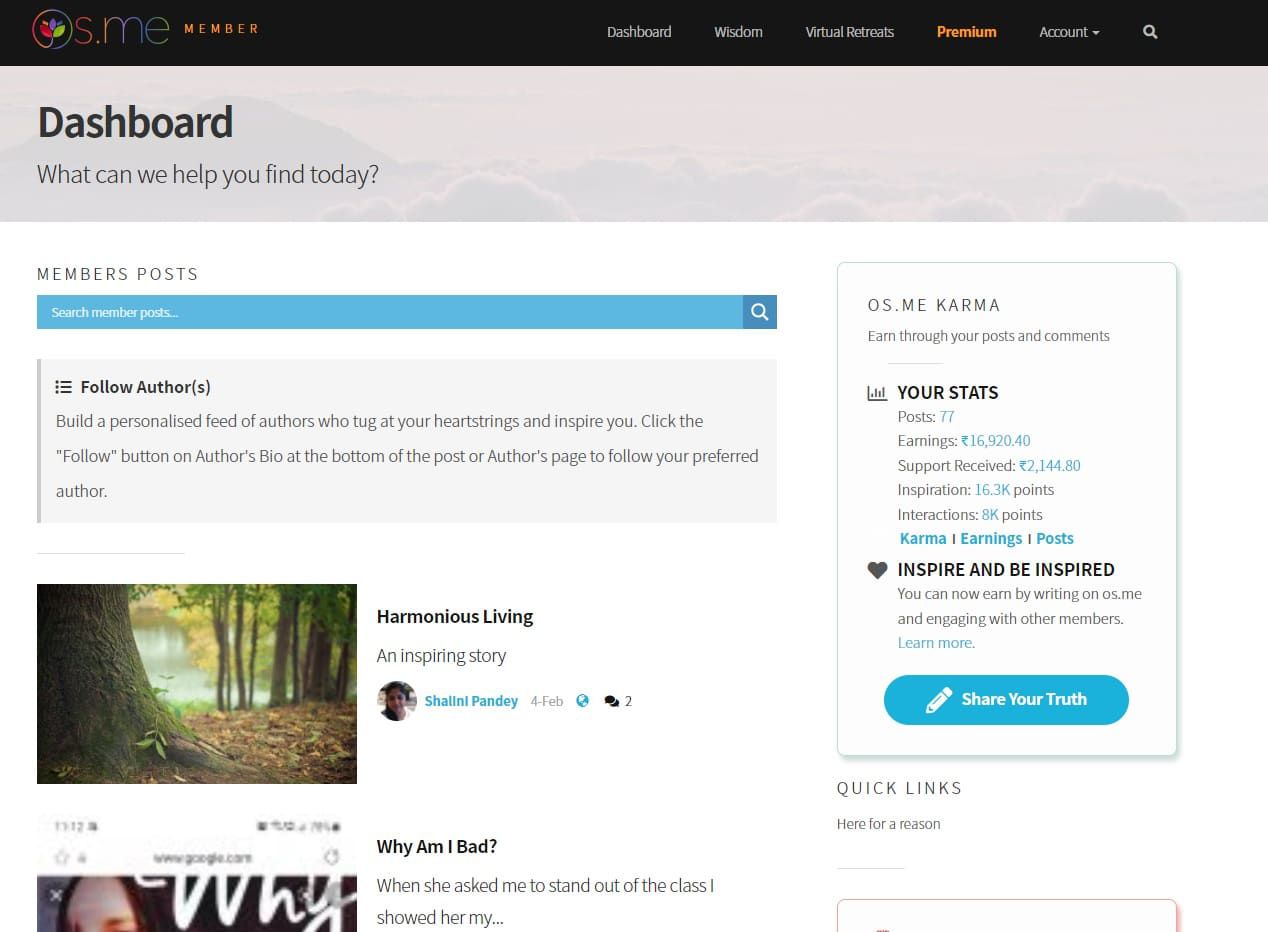 Is Depression a Bad Thing? – I Have a Different Story to Tell

After Major Depressive Episodes / Low Phases, Life has Bestowed me a Lot for which I am Grateful

Sastang Dandavat at your lotus feet Swamiji. Under your cool shade and light breeze, life is basking, things are smooth and stable. We are experiencing absolute peace and bliss. Your smile is more contagious than Omicron 😉. Only pending desire is your Darshan and some quality time at Ashram which will be a lifetime experience.

Today I want to write something very peculiar about bouts of severe low phases experienced by me. And the tremendous progress it brought after end of the bout. Four distinct bouts of depressive hits are very prominent. The low phases were very intense, and the progress made after that was also equally monumental!

During my intermediate time in Aug-2001, I was struck by a strong wave of low phase. I was feeling like I was eft behind academically as compared to my friends. It was taking a severe toll on my mental health and self-esteem. I was contemplating leaving studies. But after a lot of fight, I did not run away. I kept on withstanding the harsh tornado. And as it started subsiding, I was back in action! All the Mathematical integration, differentiation, Physics and Electronics started flowing like never before and I scored whopping 92 percent marks in the board exam. Everyone was stunned by my performance including me! But one subject dragged me down and that is Chemistry, else I might have broken the Board records per say!

It was a very prominent one which struck me in Dec-2010. I was already a working professional. It did not last long though it was intense one and my first breakdown after marriage. Sanghamitra experienced the horror for first time and first-hand. With a flush of mild SSRI mood elevator drug, the episode ended fast. After the debacle, we became parents (for the first time). Sahil came in our lives. We purchased our own house (apartment). Two big achievements within a time span of one year after the recovery!

This tornado hit me in Nov-2016. I clearly remember that was the time of Currency note ban in India and Sanghamitra was in neck deep work. But still I could not help her, instead I created problem for her. I was remaining silent and non-cooperative. She had to manage both office work as well as household work and even if she could not take off owing to the heavy workload, she squeezed out time to visit the doctor. It also subsided with another type of SSRI flush. If you are curious to know more about SSRI drugs, please go through Swamiji’s book “When All Is Not Well”. Swamiji has explained all types of medicines very nicely like a Pro yet keeping it simple for layman to understand the effects and side effects as well.

As I returned to normal life after a couple of months, we made the biggest financial deal of our life to purchase a duplex house in a gated community. Sanghamitra, being a banker, was not willing to increase our loan burden, but I was the one who took a strong decision to go ahead and could successfully convince her. Finally, we sealed the deal in July-2017. And God, that was just the correct time window, had we delayed even a month, we could not have afforded to even think about the project as the values skyrocketed like anything! Several of my colleagues also planned to book a villa in the same community, but delayed the decision due to some reasons. They rue the missed opportunity till today and laud us for the wise and courageous decision.

This was the bout because of which I am here on the most adorable and valuable part of the internet i.e. os.me. I have already shared my story of this major and longest standing low phase till date. I have already bared it all in my various posts. But, it was the lifechanging event in which I found the greatest Psychiatrist of the world who is non other than His Highness Swamiji. He is Psychologist-cum-Guide-cum-Guru-cum-Everything. After a long 4 months face-off with the low phase, from late Aug 2020 to Dec 2020, I crawled back to life with best possible positivity. With this positivity, we achieved the highest possible human creativity – creation of a human life; we are blessed with Samil, the Om family baby. We strongly believe that he carries the Om-lineage.

The attitude towards life, perspective towards work and responsibility, inclination towards spirituality got overhauling incarnation as if a Software was upgraded in my brain. Untapped areas of my mind started opening up. The risk-averse average guy started taking challenges head-on. The problem avoiding guy is now a problem lover and a problem solver! My changed Avatar has surprised everyone starting from family members to office colleagues. I could understand that, I am not a case of Clinical Depression (95 percent of us are not) and the medicines I was taking were not doing anything else than the famous Placebo Effect. This is a very big realization. What is in stores after the Fifth Bout? Nah, there will not be any more under my Swamiji’s graceful presence and guidance.

By Swamiji’s grace, the blogs written by me are being read by lot of os.me family members. I am highly pleased to inform all of you that my Interaction Points are hovering around 8K whereas Inspiration Points have shot up to a whopping 16.3K, which is more than double than Interaction Points (Please refer to the Featured Image). Two inferences can be drawn from this Stat. First, there are a lot of silent readers who read the blogs, but do not comment 😊, (may be because I am not a good communicator and they do not want to waste their time on comments 😉). Second, readers click on my post by mistake and realize that this was not where they wanted themselves to be 😉. But as they already have clicked on the post, I receive the credit points! Jokes apart, I thank all the os.me family members for showering this unconditional love.

The above incidents point towards one thing – ‘Hope’. At the end of each low phase there will be a favorable output. The low phase strikes you to point out your shortcomings and improve yourself. Life wants a change in you to align it with law of Nature. So, accept the low phase with open arms, be the change, be the inspiration and life will hug you tight. Hence, proved!

Thank you all for your precious time. Love ya Swamiji; Gudday 😊 (Aussie pronunciation of Good Day) Jai Shri Hari…

Healing Power of the River
Of Friendships and Battles