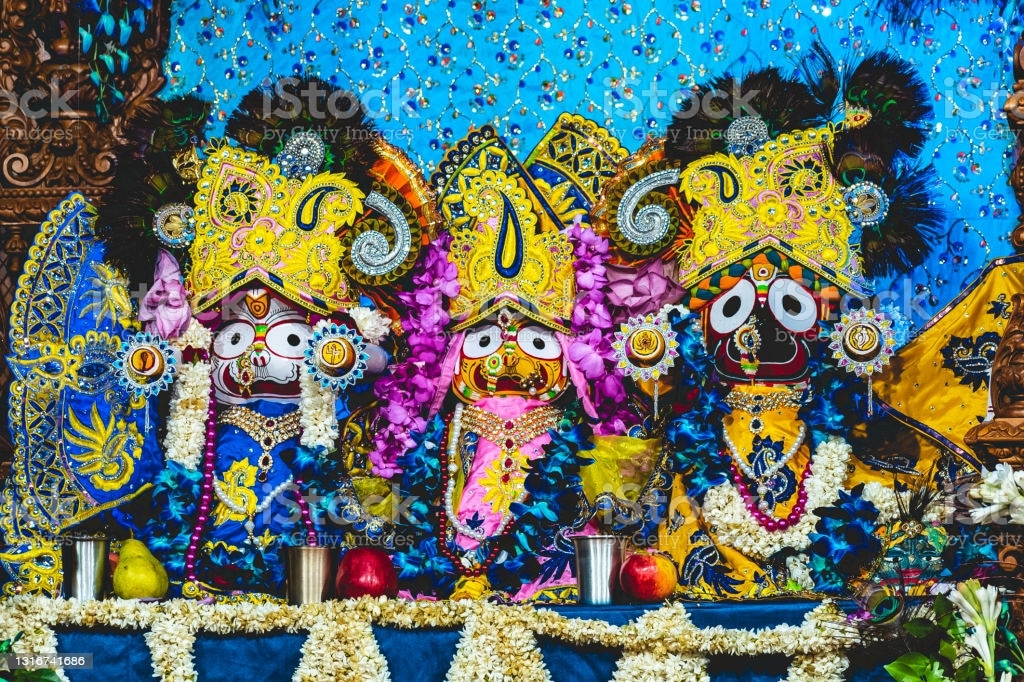 The story of establishment of Puri Jagannath temple

Viswabasu agreed to take his son in law Vidyapati for the darsan of his lord Nilamadhab but only under one condition. The condition was that his eyes will be closed with a non transparent cloth so that he will not be able to see the path to his destination. Vidyapati agreed to this but he wanted to know the path to his destination as well so that he could tell the king about the where about of the lord later.

So he decided to take a pouch of mustard along woth him and he made a small whole in that. Finally they both reached their destination and Vidyapati was allowed to open his eyes and see the beautiful structure of the lord. He had never seen anything this marvelous in his entire life. He couldn’t help but started crying with the sight of the lord. After his prayer, Viswabasu again closed his eyes with the cloth and brought him back to his house.

After a few days the mustard seeds that Vidyapati had left had germinated and there were small mustard plants in there place. So the whole path was covered with mustard plants showing the road to the place where the beautiful sculpture of lord Nilamadhab was there.

The next day Vidyapati said good bye to his father in-law and his wife and left for the king’s palace. When he told the king that he has finally completed his task, an eleted king couldn’t wait to go and see the lord with his own eyes.

The king then left on his journey to that place along with Vidyapati and with a small group of shoulders. When they finally reached the place, they couldn’t find any lord in that area. A shocked Vidyapati then called Viswabasu.

Viswabasu was devastated to know that his beloved lord had left the place and he started crying uncomfortably. He started blaming Vidyapati for breaking his trust. He was feeling guilty that because he brought Vidyapati along woth him to this place, his lord hot angry and left him. The king was also angry and heartbroken at the same time to know that all his effort has gone into vain.

And then there was a Oracle out of no where that ordered the king to build a temple for lord nilamadhaba on the bank of the see in Kalinga kshetra.

The story of creation of the Vigraha of lord Jagannath, balabhadra and subhadra and the construction of temple will be shared in the next part


Login with Email
No Account? Create One
Are You a Punjabi?
Disease 🌼 a 🌼 Dis-ease