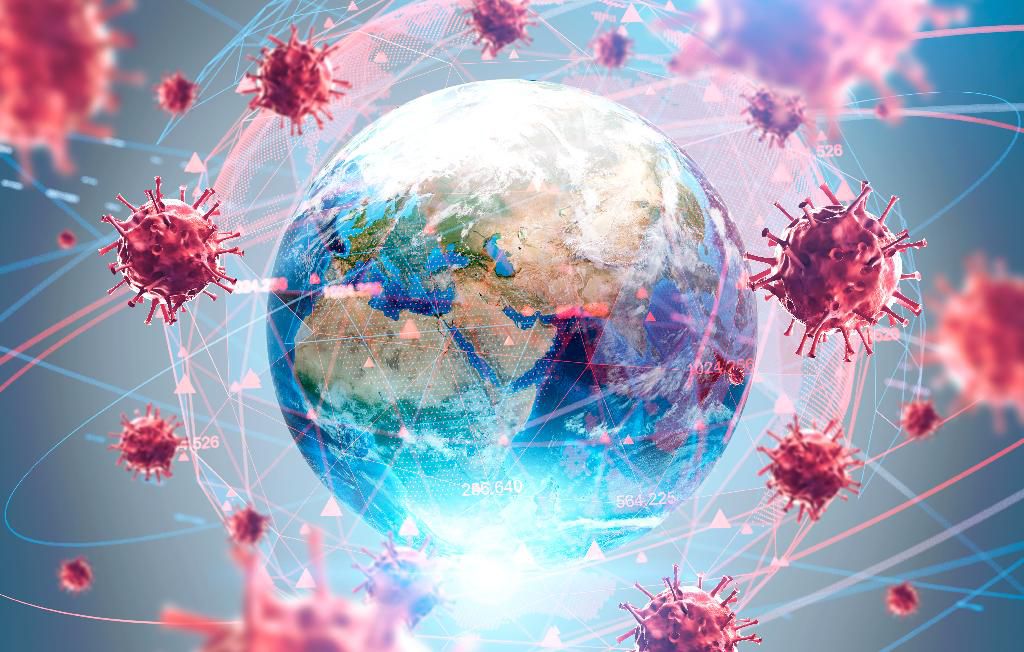 Interconnections within everything and everyone...

On the 17th of July, I was at my sister’s place when I woke up at midnight and saw my friend Vadhini’s message that my son Siddhant did not come out of his room for the whole day and he was not feeling well. It was 1 am in the night when I called my son and he told me that he has throat pain and 102° fever. He also told me that he had this pain for the whole day, he tried gargles and everything but the pain is increasing. I gave him a few instructions and booked the next available flight home.

Sid is my 21 years old son who works for a pharmaceutical company “AmerisourceBergen” which supplies all kinds of medicine to Walgreens, CVS, and other places. His workplace is a warehouse where 30 plus employees worked while taking all possible precautions. During this COVID pandemic, the number of employees decreased and work pressure increased, he started doing overtime.

Back in May 2020, I and Vadhini decided to shift together in a house. And in June 2020, I and Sid moved in with Vadhini’s family in the new house. After moving in for two or three days one beautiful morning when I and Vadhini were rejoicing in our wonderful house she got a phone call. She was talking in Tamil so I did not understand anything except that the call was from India.

I asked if everything was good? She told me that because of the pandemic so many people are losing their jobs whereas some are in very difficult situations. She also told me that one of her friend’s wife’s 10-year-old niece is in the hospital. She has some terminal disease and they have to keep her on the ventilator. The girl has become very weak and her father who was a school bus driver lost his job already. She has been admitted to a government hospital.

My heart ached. I told Vadhini that I want to send some money to the girl’s father. She took aback. She said there was no need for money, the girl is in a government hospital. I told her that it doesn’t matter. If God has given me this thought to send the money, I will do it. She was still reluctant to do so. I insisted to her that since I have decided I will anyway donate this money to somewhere else why not to this girl?

My friend was hesitant to take money from me for her friend. I tried to explain to her that letting me do this you are doing a favor to me, she agreed. She immediately sent the money to India. I don’t remember the date but it was around 15th June.

In my prayers, I prayed for the girl and requested Ma for her Grace.

After 2-3 days Vadhini told me that the girl is back home and recovering. I thanked Ma.

I again sent the same amount after 15 days when I got my next paycheck around the 30th of June.

Back in the present, on the 18th of July, after knowing about Sid’s fever, I landed in the afternoon. Doing my best in taking all the precautions I took him to the emergency. Sid’s throat pain was excruciating and he had fever also, his oxygen level was also low. They did the COVID test. The doctor did not give any antibiotics, she only told him to do gargles and take Ibuprofen when needed and they sent us back home.

I started doing everything I knew or friends and family told me. I had faith in my Guru and Ma. If any negative depressing thought would come close to me flying like a mosquito I would turn on the fan of chanting my Guru’s name in full flow.

COVID test result was yet to come but all three doctors which included my uncle, his other doctor friend, and Sid’s general physician gave us the signal that it might be ‘the virus’.

On 21st July morning Vadhini told me that when she gave this news about Sid’s fever and pain, the girl in India prayed for Sid Anna (Anna -elder brother in Tamil). Her father called Vadhini and told her that this girl said “Sid anna will be healthy again very soon.” All these days I did not cry on my son’s pain for once, I had faith in my heart, but on this gesture of hers, I couldn’t resist my tears for the innocence and purity of a child’s prayers.

At that moment I realized that her prayers were so precious for me that no money can buy them. I also realized how connected we are and our ‘Karma.’ At this time a prayer that comes from a pure innocent heart was all I wanted.

On 23rd July we got Sid’s test result which was COVID positive, but Sid had started recovering already. There was no fever and no throat pain. His oxygen level was also normal. In knew my heart, my Gurudev was with me and guiding me and sending my way all the help that me and my son needed to pass this most trying time of our lives. I decided to further delve myself in prayers and did a small sadhna to feel closer to the Divine and derive energy from the Source itself.

My friend Vadhini and her husband were always there for me as a family, not even once they made me feel neglected or that they are afraid of getting infected. They were there for me ready to do anything for Sid. My maternal uncle Dr. Pankaj was available 24 hours on just one call away. My siblings immediately made a group, guided me step by step, sent all the vitamins and all kinds of instruments or devices needed to keep track of oxygen, BP, and many more with fast delivery on amazon.

I felt that there is a massage Mother Nature wants to give to all of us. She wants us to feel the interconnection of everything and everyone in nature, that ‘Kindness’ and ‘COVID’ must have some connection :).

Teacher by profession, sensitive by heart. Learned the main lesson of my life, "Never hurt anyone" after kicked by life hard. Another lesson I learned is to listen to your conscience. Eldest among four siblings, and a proud mother of two wonderful children. The purpose of life is to follow the teachings of my Gurudev.

RATATOUILLE
Swami and Me