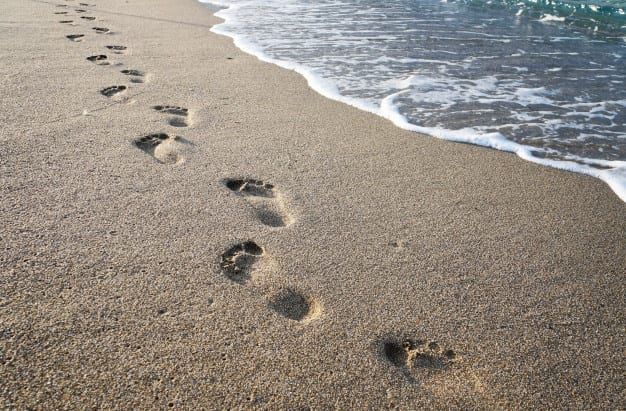 Little obstacle Then a lot of Fun. Once Gurudev told in his audio discourse about Buddha's teaching about SANGHA. How Sangha do Impact on your character.

New place was not matter for me. New language and specially food became little obstacle for me. we three friends had chosen pursuing MBA in same Business School in Hyderabad. This business school was various branch. we have already completed all our documentation work in Bhubaneswar. we reached there and complete formalities. The next day we wake up prepare for searching a room for rent near in our college. But we are un able to afford the rent of room that we had Selected nearer to our College. So we took a room where we have to change two buses and walked for four to five kilometers to reach the College. we all three are from lower middle class family. My mother sold all her gold to give me admission(for payment of first semester fees). Our daily routine was get up, prepare meal, eat that meal and go to College. Change two buses then four to five kilometer walk to reach the college. On evening same . on night we often so tired, we are unable to do the task was given in college for tomorrow. Three weeks passed away. Suddenly two of my friends told me they have decided to return Bhubaneswar branch. It is not possible for them to do same in regularly. I suddenly shocked . I tried to convince both of them, it is better for us to stay here. But they have already decided tomorrow evening they will return .My childhood passion was to stay in a cosmopolitan city where there is life style, Financial growth very high. So I preferred to stay. Both booked ticket for tomorrow evening train. I was nervous , I will be alone on this city which I know three weeks before. Finally that time came. I came to leave them on auto. The problem was little sever due to I had not any mobile at that time to communicate with my family. I often used my friends mobile . on that day I told my friend please give me your phone for three months. I promised you will return on completion of trimester. After trimester I will come home and will return your mobile. He agreed and gave me. I left them on auto. Reached the room. suddenly I felt alone in the city and cried. Cried long hours, even not prepare dinner that night. I found my self conscious on morning. I had slept as I was crying.

On morning I called a friend whom I knew three days back in college. He told me come to my Hostel . I left all kitchen essentials and packed my bag, reached there. I found a bed in his room. every thing was fine in this hostel except one food. I paid my hostel fee which food was included but take dinner as bread and Egg patties out side.

Two months passed away. I came across to know four friends in my college who were nearer to my home town. They were also facing same problem. sudden I came to know a hostel where Odiya food including South Indian also serving. we shift there. But water issue came and owner charged extra amount for using Laptop. we have agreed that we will take two BHK and prepare our meal. It will be affordably also. we took room, the owner was very cooperative that, he refilled his gas cylinder for us. we repaid him. But he solved our major problem. We prepared our food and regularly non veg. I forgot to tell you on my first post that I often drink beer and whisky. But There it became weekend party, because they drink frequently. Once my roommate meet me three pretty girls who were also nearer to my home town in same college. Then we meet often in lunch hour. some times in outside college. out three girls one was very soft spoken and friendly. Eventually we became good friend each other. After first trimester we booked ticked in train to come home also book return for same. we did same for the first year of academic, I am telling you a train incident, In a return journey from our home to Hyderabad after dinner we went to our seat for sleep in night. In mid night she called me will come with me? I said where? I will go wash cabin, you will just stand near the door of train, because I am felling fear. I said okay. on morning I thought why she asked for my help. my feelings gone deeper about her. Once some misunderstanding happened between two of my roommate and other two girls. Coincidentally we meet each other in hostel road side. Some word exchange happened between them, I was un aware about that. I asked her what is the issue. She took me other side of the Road and told me that two of my roommate did some gossip about her friends in front of the other girls in our college. She sudden picked of my hand and told me one of your roommate did also gossip that He loves me. you told me priyabrata how could I do that. I was unware about what she was talking. when she picked my hands a sudden current flows in my body. I was un consciously thinking how can I tell her I also love her. But I stop my thinking . and told her that yes.. yes.. how dare he do gossip like that. After that incident we occasionally meet in college but my feeling was there for her. After completion of MBA I Just asked once I love her. she gave me a very cute answer ” hey your are my best friend and I am the elder one of my home. If I do what will be the message go to my sibling(Sister & brother)”

Months passed way . we are preparing for our fourth final semester and also for placement. searching Job. But no whereto get job. no one are ready to give fresher a job. Another reason was in some interview I had cleared the written but in PI they rejected me. In this between My roommate’s brother and his friend came HYD for some software course. After completion of their Betch. All they are drinks very frequently. My roommates were arranging party for them. They arrange for Us. They were frequently arranged party for us. It become drink in Night and wake up late in morning for three to four days a week. They some how convinced me after getting Job, do the Job five days and rest of two days drink and drive bike in night, eat ice cream. that became habit. But still no Jobs. Spending fathers hard work money in drink. one day I felt guilty in my consciousness. I thought It is Over , I have to left here, I packed my bag and reached my home.

After spending five to six months at home I finally reached Delhi. My cousin arranged interview . God grace I got Job. I have explained early Small period of Bad Sangha can impact your character for long period of time. I started the same. Do job five days and rest of two days drink. My family at that time was financially little well. so they don’t ask money from me. I made a habit that every Friday I drink with my friend and cousin with imported beer or Imported whisky. some time we drink and discuss about politics. My Ideology in politics was clearly different from my friend and cousin. so we often make loud arguments. Argument became my second nature. and my suffering took place.

It was quite a long post. so I want to complete this post here.. Fun ends suffering starts. on my next post I will cover my sufferings and meeting with Gurudev.

A toddler who wants to stand and walk.

“Meeting the One I Thought Was Dead”
Mosquitos and Negative People