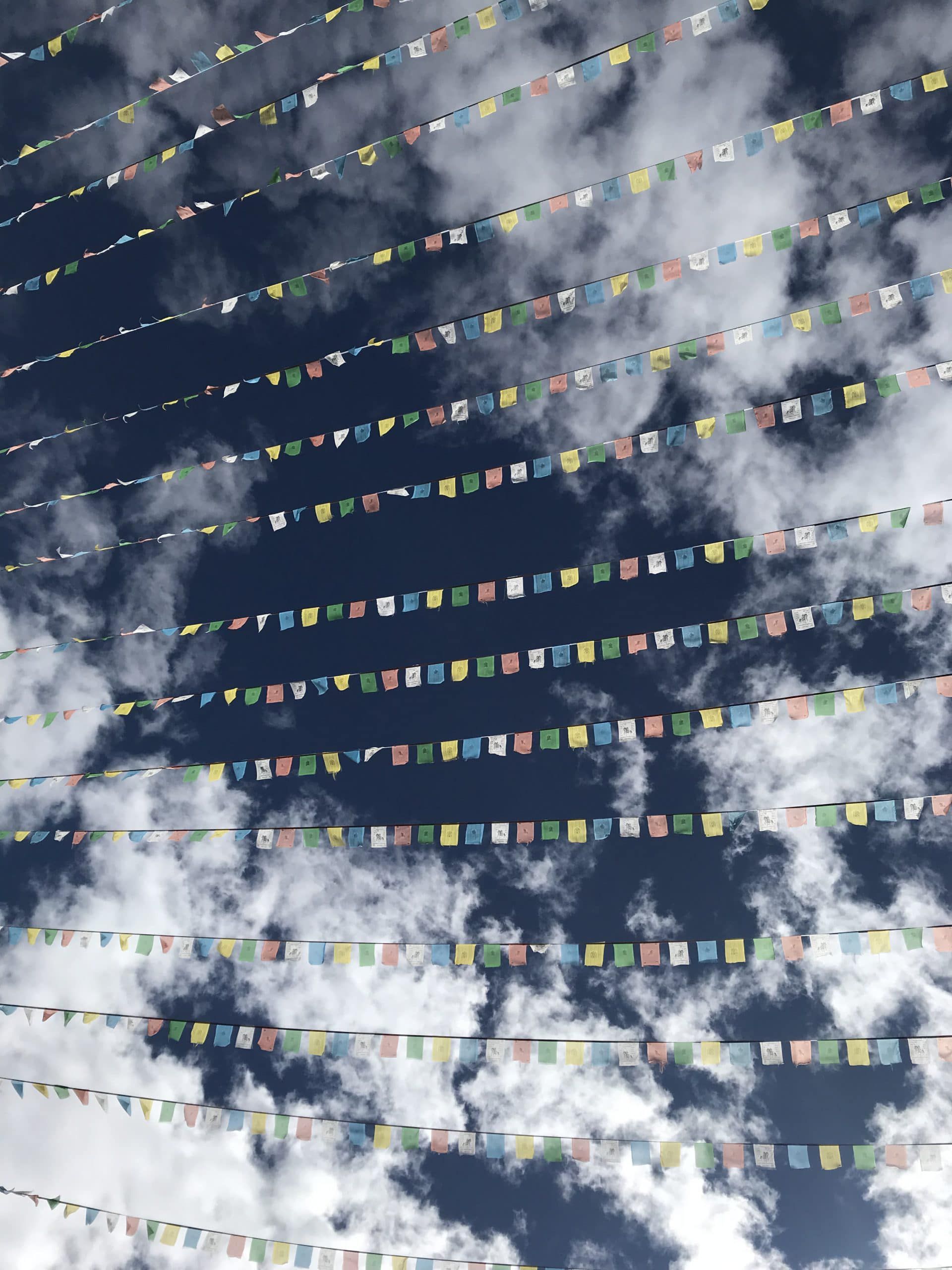 After a good long night’s sleep at the hotel in Lhasa, I got woken up by a phone call to my room.“Finally, we have found you. Where have you been?”I heard on the other end.

Still half asleep, I wasn’t sure what was happening.

I then switched on my cell phone and found many threatening messages from my travel agent, “If you don’t pick up our calls, we would have to report you to the local police authorities”, etc. I was stunned.

It turned out, that the night before, upon my arrival my travel agent sent a taxi driver with my name card to the airport to pick me up. However, assuming that this was a ‘given’, and every foreigner knew about it, my travel agent forgot to inform me about this added ‘convenience’. (Foreigners are not allowed to travel to Tibet on their own, but only through an authorized travel agent.)

A vagabond by nature, having lived in China in the past, I was used to making my own arrangements. So, upon landing and presenting my ‘special permit’ at the airport exit, I just hopped onto a Volvo bus with a sign  “市中心” (‘City Centre’), and in a little over an hour I found myself in the city centre of Lhasa.

I even booked my own hotel room in Lhasa. I wanted my own space for a few days, while getting myself acclimatized in this 3600m elevation city, before joining my pre-booked tour group members, all headed to the sacred Kailash. Upon reaching my hotel room, I felt tired, switched off my phone, and crashed into bed.

I gave the hotel info to my travel agent a few days prior. But since he could not get through to me on my cell, he assumed, that I had given him false information and ended up staying at somebody’s house, which is illegal for foreigners in Tibet. Anyway, the following day, having contacted the hotel reception directly, my travel agent was able to locate me eventually. So this was my first ‘welcome’ into Tibet. All’s well that ends well.

Over the next few days, I was roaming by myself on the streets of Lhasa, enjoying late September crystal clear blue skies, trying out some local dishes, equipping myself with some Chinese herbs for altitude sickness, should the need arise. By the way, foreigners are allowed to walk by themselves in Lhasa, so long as they inform their travel agent about their whereabouts.

On day 4, I met my group members for the first time, joining them on a tour to the Potala Palace (Lhasa). We had quite a ‘United Nations’ gang. There were a couple of retired university professors from Switzerland, two German ladies and a female ‘couple’ from UK, in their late 30s & early 40s respectively, a semi-retired UN gentleman from Chile with his French wife, a young South Korean photographer and two Chinese cousin brothers.

It was the first time for all of us to visit Tibet. Most of my co-travelers were solely driven by the exotic word ‘Tibet’. They wanted to explore its interiors and add a little challenge to their trip, by signing up for the trek in the Himalayas. I was a bit surprised by this, since apart from the UN gentleman from Chile, none of them came for Kailash, per se.

I was also told, that a couple of Thai persons, who were supposed to join our group, got severe altitude sickness upon landing in Lhasa and left Tibet right away, without even starting their journey. I was relieved, I gave myself a chance to acclimatize, since I could definitely feel slight dizziness and heaviness on my chest for the first couple of days. I’ve gotten severely sick in high altitude places in the past, where my physical body would not have made it without hospital interventions. So, this time, I was a little more cautious.

Not to mention the fact, that a Chinese friend of mine, working for one TV station in another province, has given me a few tips before my trip. He explicitly told me that for the first few days upon landing, I should not to walk too fast, not to talk too much and not to take showers (instead, to use a damp towel to rinse off). An year prior, he had gone to Tibet himself to shoot a TV show. Upon landing, he took a shower, stepped out for dinner, and the next day ended up in a hospital with water accumulated in his lungs. He got immediately helicoptered back to his lower altitude province and just made it ‘in one piece’. Well, let me tell you, given my altitude sickness history, that was quite an ‘encouraging’ story to hear:) before I even took off for Lhasa.  (谢谢您，张起胜!）

Well, I did my best to prepare my physical body before the trip. I added more cardio sets and pranayama techniques to my usual weekly routine for 2-3 months prior. But deep down I knew, that at the end of the day, it was up to the Divine to make that Ultimate Call. If I was ready for His ‘embrace’, it was going to happen, nevertheless.

I could sense, how the Universe kept testing me in all possible ways, as usual, before such trips. A few weeks before my departure I developed an acute (and later chronic) appendicitis. (My fault!:) Overindulging in western gooseberries from my garden every morning for breakfast made me pay the price!). To the extent, that I even thought, that my appendix would have to be removed. My prayers intensified, “Om Namah Shivaya”… They worked! Yet, to give my mind an extra comfort cushion, for the first time in my life, I decided to a take out an international travel health insurance for the duration of the trip:). Just in case, I needed to be choppered out of some remote area…

Finally, on (my) day 5, our group started moving towards Kailash. It took us four full days of a comfortable bus ride (8-10 hours daily) to reach Darchen (a village at the foothills of Kailash). Plateau landscape scenery on the way was breathtaking. Roads felt like German autobahns. We stayed anywhere between five-star hotels to rat-full lodges. Most local Tibetans can speak Mandarin today, so my Chinese came in very handy many a times. Not to mention the fact, that quite a few small local businesses in Tibet these days are run by mainland Chinese, too.  (Well, I will leave the sensitive topic aside here).

We passed through Shigatse, Rongbuk, visiting their beautiful local monasteries.  The one but last night (before the kora), spent at the base camp of Mount Everest, proved to be a further testing ground for me. I just could not fall asleep the whole night, feeling my body’s agni  (‘inner fire’) completely extinguished. No matter how many blankets I had on myself, I was shivering the whole night. In the morning, I woke up with a severe sore throat. I caught a cold. Not a good sign. The crazy thing was that all along the way, I was treating others who had developed various symptoms, with whatever TCM herbs I had. And here I was, having fallen sick myself.

Deep down I knew, that if Shiva called me and I was a worthy recipient, I would complete the kora. But will I?

To be continued in Part 2