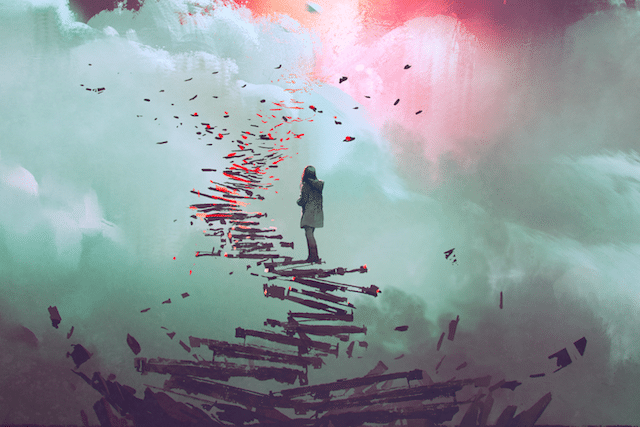 And finding it again

Yesterday after dinner, I sat down to watch some tv with my family. We were watching the Bollywood movie, ‘Mission Mangal.’ In the movie, there was a scene where Vidya Balan (who played the role of Tara Shinde, the project director of MOM) got a birthday cake and all the lead scientists celebrated the rebirth of the scientist in them.

Somewhere along the way, in the hustle and bustle of daily life, they had forgotten why they wanted to be a scientist in the first place and as a result had lost their sense of purpose. But after they started reminiscing about the incidents which made them interested in becoming a scientist, they found their purpose, all over again. I almost cried after seeing all this( yes, I’m one of those emotional turds who cries while watching a movie), because I had been through something similar recently. That is what I would like to share today.

When I started my spiritual journey, or should I say, when my spiritual journey was thrusted upon me due to some unforeseen turn of events, I was very unstable. I did not know what was going on (not that I know now for sure), I had no one to talk to about it and I was scared. I just wanted this nightmare to end. Eventually I somehow managed to navigate my way through all that (with some divine help, of course!) and finally came to a stage where I wanted to know the truth about the Divine. I wanted a Guru who could help me on the path because I definitely did not want to go back to those dark and scary days. The concept of having a Guru who did not have a physical body was very vague and troublesome for me. In my search for a Guru, I ended up finding, a Bengali version of the Gospel of Sri Ramakrishna tucked away in the farthest corner of my bookshelf. My mom had bought this book from a bookfair a few months after I was born and never read a single page from this book (this used to be a family joke) and what are the chances of me finding it when I needed it the most! That book was my guide and Sri Ramakrishna my Guru.

I had even seriously considered taking diksha from the monks of the Ramakrishna order. But I did not go forward with the idea because I found that devotional sentiment missing in the organisation (I felt that they leaned more towards learning philosophy and scripture) and I didn’t want to take diksha from anyone but from Sri Ramakrishna himself! (I know, it’s silly, but he’s the only one I trusted). About a year or so later in 2021, I did a devi sadhana during the Navaratri ( I missed the first day of the sadhana by mistake and started it on the second day.) Devi, being ever so generous, led me to Swami at the end of that very month!

Then I found my os.me family, read Swami’s autobiography and read several stories about Swami’s miracles. And I couldn’t have been more happy. I saw how everyone worshipped Swami and had so much of devotion for Him. Many even worship Him as Sri Hari, Himself! Although I must admit that, after I noticed the striking resemblance between Swami and the vigraha of Sri Hari, I was utterly surprised and even wondered if the idol was custom made and the resemblance had been done on purpose 😂. In all this, there was a part of me that wanted to experience Swami’s miracles, have overflowing devotion and unflinching faith in Him. At this point all I wanted was to see Him, experience His miracles and for Him to acknowledge my existence. But in all this I had lost my purpose.

I was trying so hard to become a devotee of Swami that I forgot the reason I started this journey in the first place. I became too caught up in miracles and wanted Swami to do all the work for me. I forgot how much I wanted to know the truth and seek the Divine. But with His Grace and patience I’ve realigned myself to my purpose. Don’t get me wrong, I respect and love Swami immensely. But I’m sorry that I’m not able to see Sri Hari in Him and stop my search for the Divine. I’ve accepted this and I know what I want now and I’m sure Swami will help me with it.

So, if you ever find yourself wondering why you’re doing something, think about why you started doing it and you will get some clarity. This post became much longer than I expected. If you’ve made it till here, then, Thank you for reading this post and giving me your precious time! See you soon 😊