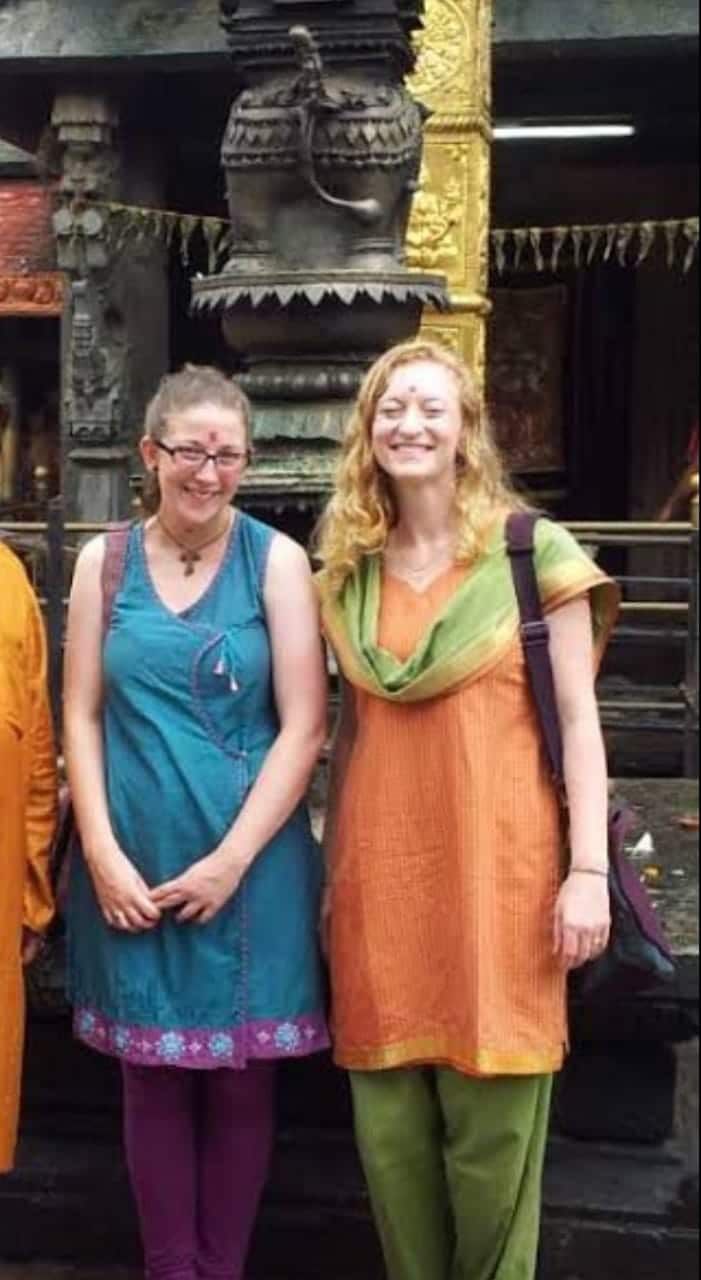 She felt she belonged to MaaDurga

After exchanging pleasantries, we started from Ashoka Hotel,towards Lakshmi Narayan Temple,known as Birla mandir. Leaving our ego ,along with our shoes,we climbed the staircase,where the view of the main deities was clearly captivati g…All seemed normal,as the head priest welcomed them with garland from the main statue…This was their first ever visit to a Hindu Temple..so lively,colourful, with vibrant colours of architecture n the lively people, in fact,the whole Indian Geography seemed to be moving,visitors from different states
Deja Vu Experience:::The memory of my tour with Spainish speaking Maxican couple is still evergreen .. I was English speaking,they could not get spanish guide,who were few 30 yrs back n charged more fees.
Our next Destination was Maa Durga statue ,favorite with me and all,surprised them with 8 hands,we explained the symbolism of different weapons… But that day,was meant 🗽to be a Deja vu 🗿experience🔯… We were walking close to the enclosure,suddenly the lady burst into uncontrollable tears,her husband proved to be non interfering, seemed to understand even the silence,the whole group of people anxiously turned into a crowd,making beeline,out of my control…The temple guards came handy….I did not disturb the couple,thought the whole tour was 🗺still to be ⏰completed.. The gentleman, explained in workable language, how she had he earnest feeling to have been with the Goddess in this Very life….May be the vibes of our Mantras in the stonesBlessed her..For me this was working of Cosmic Energy, Time without Beginning… Her evolution turned into a divine Revolution., The Alchemist in her had awakened to recreate The script⏳ of her life…she was now a different persona,not the one I met in the morning…Her Eternal Gratitude manifested n her balanced Composure….Jai ShreeHari🙏❤️