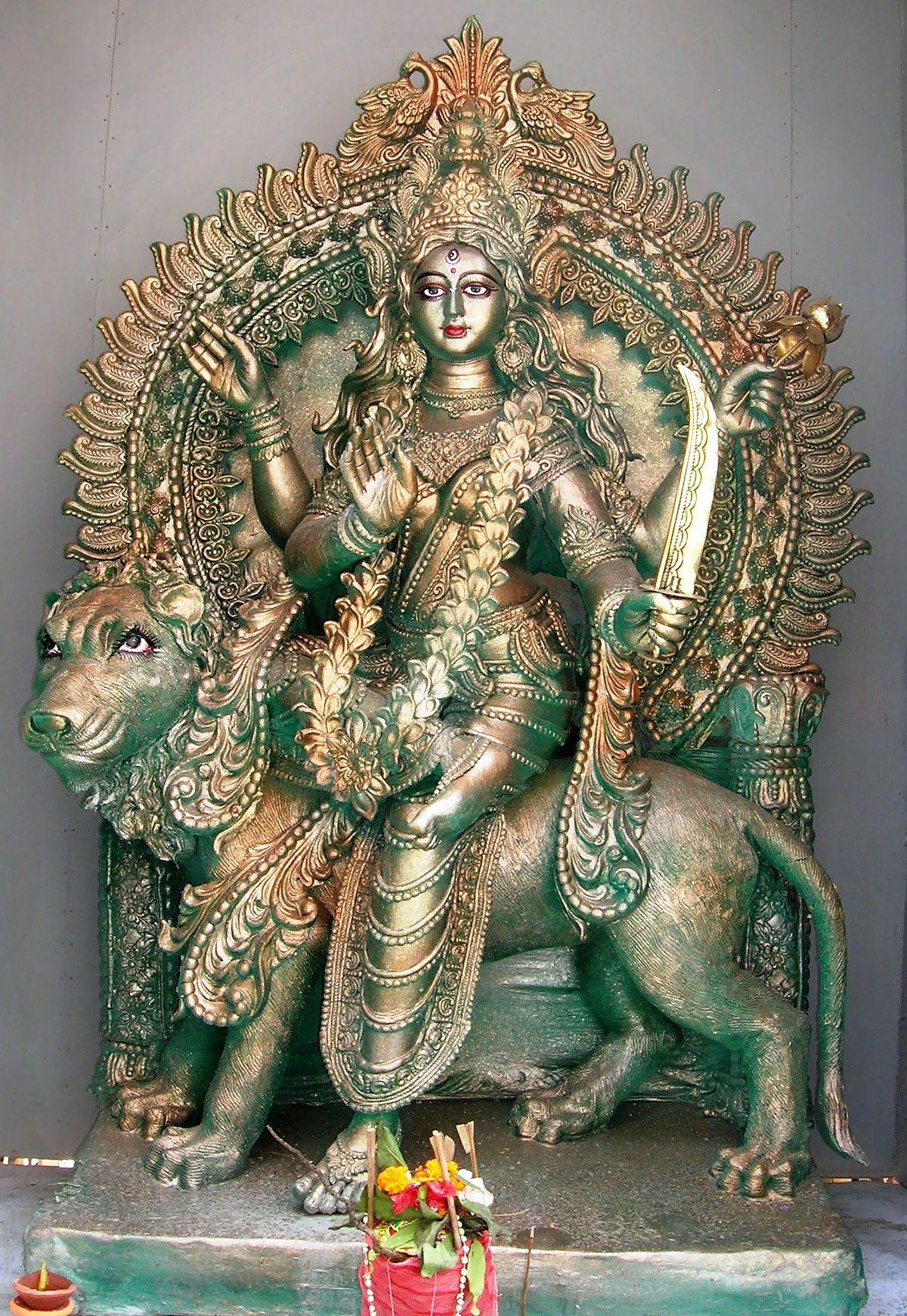 She is also known as Mahishasurmardini, as she was able to defeat and kill the evil demon Mahishasura in a battle. A form of Maa Durga, she took birth as the daughter of Sage Katyayan as a result of which she came to be known as Katyayani. Long ago, Mahishasura was creating great trouble for the Gods. As the days went by, Mahishasura gained more power and the Gods were worried about him. They prayed to Goddess Shakti and asked her to help and save them from the anger of demon Mahishasura. Goddess Shakti decided to take birth on Earth and end the rule of Mahishasura. She granted the wish of Sage Katyayana and was born on Earth as his daughter. She grew up to be a strong, beautiful fighter and came to be known as Katyayani.

Katyayani tricked Mahishasura and climbed onto his back. He was surprised by her move and tried very hard to shake her down on earth, but failed. Katyayani then placed her foot on the back of Mahishasura, pierced him with her Trishul and cut his head off. This is how Maa Katyayani killed the evil demon Mahishasura. In doing so, she saved the Gods from his evil tricks and brought peace back into this world.

To worship Maa Katyayani, devotees should take a bath and wear clean clothes before doing her puja. After cleaning the puja sthan, fresh flowers are offered to the devi. It is advised to hold lotus flowers in hands while reciting mantra and prayers also offer honey, jaggery and roasted bengal gram as bhog. Conclude the puja by singing the Aarti of Maa Katyayani and offer your salutations to her by lighting the camphor. After the puja, distribute prasad to devotees.

The word Katyayani symbolizes the destruction of negativity, evil and ego. Her devotees are blessed with a pure and clean heart. Young marriageable girls in Gokul prayed to this Goddess and observed fast during the holy month of Margashirsha to be blessed with loving and trustworthy husbands. Maa Katyayani is worshiped to resolve marital woes and help one get a life partner of their choice.

May Maa Katyayani bless you with loving, trustworthy and caring life partner ❤