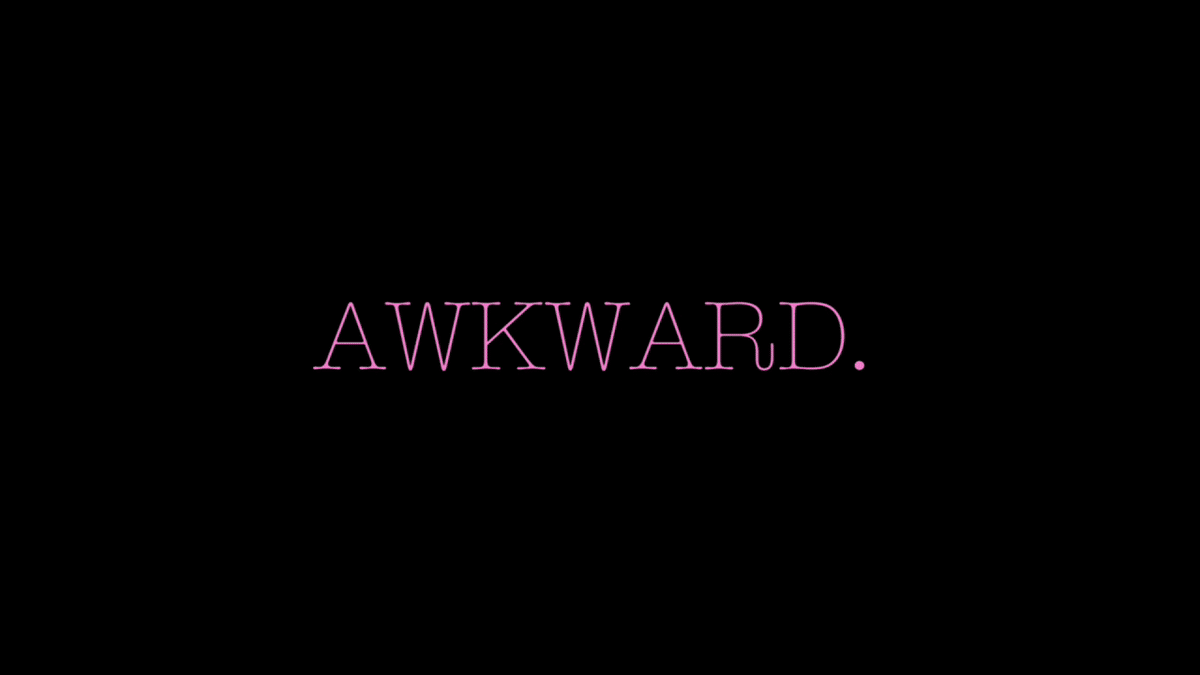 Me, Dad and Tv

So this one time, i decided to hang out with my lil brother. He was watching TV in living room. I went outside and sat beside him. Some movie was going on, on TV and just after 5 minutes, his friends came calling for him and he went with them.

So now it’s me and TV. I have no clue what movie it is. Iam just watching it.

My Father came and sat beside me. Now, we both are watching TV and guess what comes next, the awkward romantic scene.

Me and my father acting all cool. But the scene is loongg. It’s not ENDINGG. It’s been solid 10-15 seconds. And

Iam super embarrassed at this point. I was just about to get up, when he reached for remote to change the channel. I relexed myself, I let go the air I was holding and at the same time I was thinking “great save papa”.

He changed the channel. Some movie going on AND there comes the 2nd romantic scene. I turned my eyes from tv to wall in seconds. 👀

He again changed the channel and Guess what there is ‘a condom add going on’. At this point iam bitting my nails. And iam like ‘what is wrong with this tv’ 😭

The tension is increasing in the atmosphere.

He put on a news channel and THERE IS ANOTHER CONDOM AD GOING ON.

at this point I was like ‘come on dude, why is this happening to meee😭 God why MEE. WHAT HAVE I DONE TO DESERVE THISSS😭😭

And on the other hand the Atmospheric tension is increasinggg.

He changed to 2nd News channel and there was this “pass – pass” product ad going on.

(At this point I was about to cry)

He again changed the channel to news18 and there was some debate going on. At this point I was supper happy I thanked every god. I JOINED MY HANDS IN EVERY DIRECTION. I was like ‘finallyyy’

IT all happened in a minute or 2 but for me it was like days. At that time I wanted to hide myself. It wasn’t even my fault.

Anyway we watched that news for 1-2 minutes or so when my father turned to me and asked “do you HAVE A boyfriend?”☠️

See this question is totally oky but the time is NOT. I mean I was just recovering myself from the incident and he shoot me with this question. I was ‘still’ for seconds and then I slowly turned to him and answered “no” and then he goes “Hmmm, I want to tell you that I’m not against this and you know that and You can share with me anything”

Then there was complete silence for 2 min then he said “even if you have boyfriend in future I want you to behave yourself in public. Children these days don’t care about people around them, they just do their stuff publicly” he continued with incident,  “me and my friends were sitting in the park this evening and there we these young college students(couple) they were sitting on bench beside them and they were just doing there stuff in front of us. We got so embarrassed looking at them but they were so relexed, about us, seeing them. So we left the park. Children these days are care free, I like it, but you should behave yourself in public. You should see where you are, people around you and place you are at and all”

I was surprised by this incident and then

I nodded and replied” “hanji papa”

And our discussion went on and on about this. The conversation went from awkward to ‘on point’ really quickly. He told me genuine things. And I understood his point of view. It was good talk time and I loved it but not the first part though. 😅

And that’s all for today

Catch you later with my other posts and thankyou for supporting 😇🙏🏻

I write, what blows my mind away.